Mitsubishi and Mazda increase sticker prices in their domestic market as costs soar and yen falls. 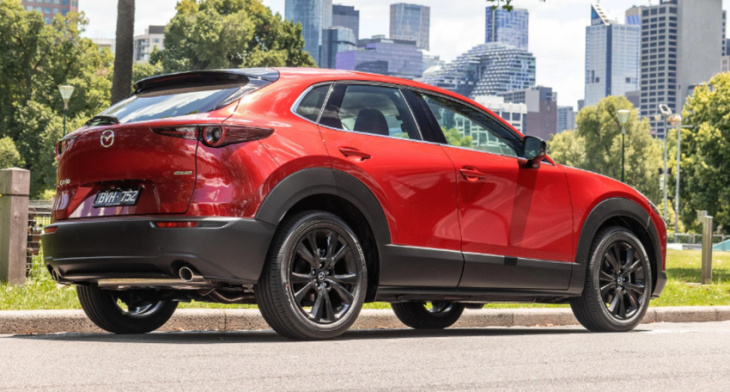 Vehicles made by Mazda and Mitsubishi Motors will soon cost more in Japan as the country’s medium-size carmakers start to pass on rising raw materials costs and adjust to the weakening yen.

Mazda will raise prices for two models, including its flagship Mazda3 compact, by about three per cent. Mitsubishi’s price hike will also be by the same percentage and will apply to the Outlander PHEV.

Japanese marques usually raise prices only when they introduce model changes that significantly alter the interior, exterior, engine or other features.

However, because medium-size manufacturers such as Mazda and Mitsubishi Motors are less robust than their bigger counterparts, increasing raw materials prices will significantly impact their earnings.

The retail price of the Mazda3 and CX-30, pictured, will go up by ¥66,000, or about NZ$784. Although there will be some interior and exterior alterations, it will be a pure price hike for models with no powertrain change.

Mazda3 prices will start at ¥2.22 million and those for the CX-30 at ¥2.39m, just under three per cent more than current baseline prices.

Mitsubishi will raise the price of its top-end Outlander plug-in hybrid, which now starts at ¥5.32m, by about ¥150,000. The performance of the SUV, launched at the end of 2021, will likely remain largely unchanged.

Subaru is also considering raising the prices of its main models for the domestic market, although the specific timing and range of price hikes have yet to be determined.

Larger carmakers might be next, predicts Nikkei Asia. Honda and Suzuki have said they will consider raising sticker prices while analysing moves made by other marques.

Higher raw materials prices are eating into carmakers’ earnings. In addition, the yen’s historic depreciation is making it more expensive to import materials and components.

Mazda expects higher prices of precious metals, steel and other materials, as well as the increased cost of procuring semi-conductors, to reduce its operating profit by ¥90 billion in the year to March 2023. Mitsubishi anticipates a fall of ¥79.2b in operating profit because of higher materials prices.

Toyota has forecast an increase of ¥1.45 trillion in the cost of raw materials for fiscal year 2022 from the 12-month period.

Major marques in Japan have been passing on cost increases by raising prices in the US and other countries where vehicle sales have taken off. But as prices for materials climb ever higher, they’re having to consider earning less money from their domestic customer base as well.

Prices of imported cars are already starting to move up. In April, Volkswagen and Renault pushed up prices of models for the Japanese market by an average of two to four per cent.