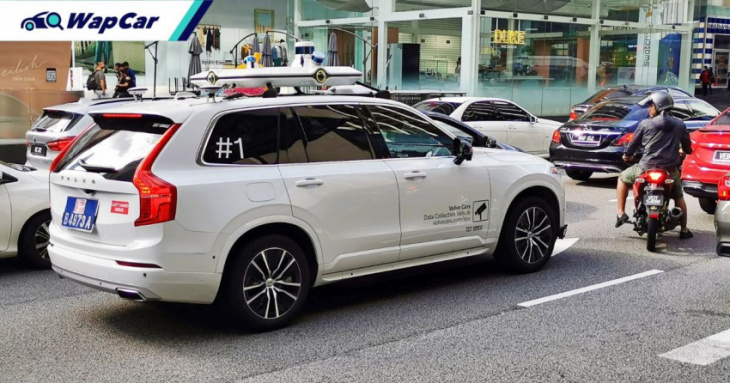 See what the biker just did, and that’s exaxtly what wants to record

Lane splitting bikers in Malaysia terrorising our city streets are one of the reasons why we cannot enjoy autonomous driving ‘robotaxi’ services that are already being rolled out in China and USA.

Looking at it another way, the law-less nature of Malaysian roads is a perfect training ground to ‘teach’ a computer how to drive, and this is exactly what the Volvo Car Group is doing.

If an autonomous driving vehicle can work in Malaysia, it will certainly work in many cities elsewhere. 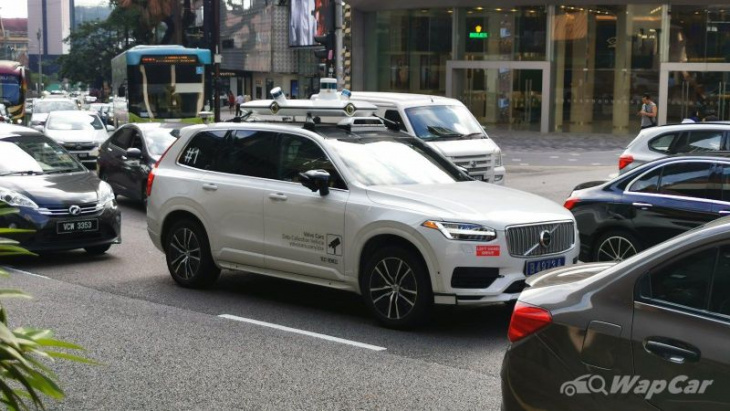 Seen here is a left-hand drive, North American market specs (US Federal regulations-type amber lights on the headlamps is the giveaway) , driving into the heart of Kuala Lumpur’s traffic hellhole – Bukit Bintang.

This XC90 has an array of autonomous driving hardware fitted on it, and it appears to be a further development of earlier prototypes that Volvo had been trialling with Uber and Didi. 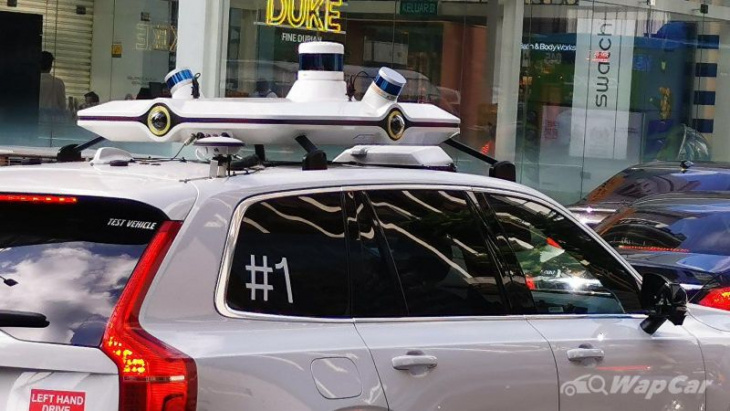 There is what appears to be a high accuracy GPS antenna, forward-, rear- and side-facing cameras, plus a trio of Lidar units. By combining visual input from the cameras, long-range distance measurement from Lidar and near-range measurements from ultrasonic and radar sensors, the car can build a very accurate 360-degree view of its surroundings, but that’s the easy part.

The difficult part of fine-tuning the software controlling steering, acceleration, and brakes, to deal with pedestrians, other vehicles, and in the case of Malaysia, bikers. 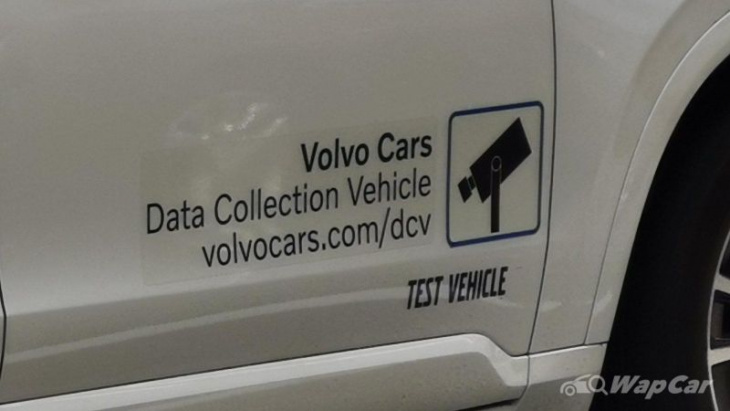 We’ve reached out to Volvo Car Malaysia to find out more, and they confirmed that this particular unit has been shipped into Malaysia specifically to do testing in Malaysia’s high density traffic. Malaysia’s unpredictable, lane splitting motorcycles riding at very high speeds pose a serious challenge to autonomous driving vehicles.

Volvo is partnering with Luminar (Lidar sensors) and Nvidia to realize the goal of a true driverless car. 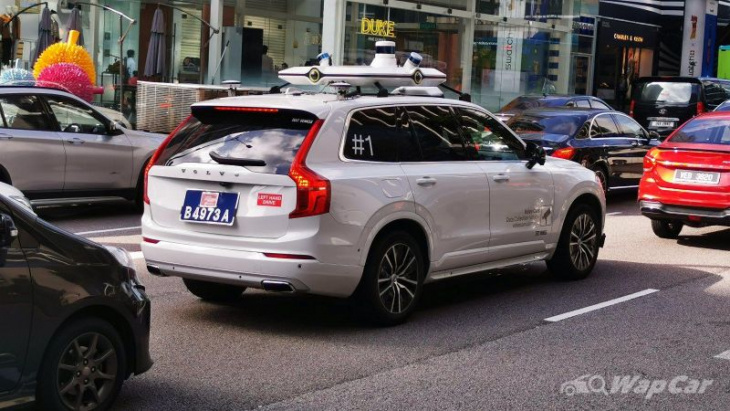 How far away is this goal is a bit hard to say. VW and have already divested their interest from autonomous car start-up Argo AI, concluding that achieving true autonomous driving is a long moon shot. And no, ’s Full Self Driving (FSD) is not an autonomous driving feature.

It is different from Level 2 autonomous driving feature that’s already available in many cars, but Tesla fans won’t admit to it. There is no traffic regulations governing authority that has recognised FSD to be anything more than a Level 2 autonomous driving feature (albeit with better accuracy than lower range competitor models), similar to what’s already offered in many cars today.

There is no true autonomous driving car on sale anywhere in the world yet, and this is unlikely to change in the near-term.

Keyword: Can AI cope with Malaysian bikers? This self-driving Volvo XC90 prototype wants to find out