Anyone looking for a weekend warrior that’s fun to drive on the streets as well as the race track can find what they need in a Honda S2000. When it comes to rear-drive sports cars, the S2000 has it all – a high-revving engine, a sporty suspension, and enough room for two adults. But what if you’re over six feet tall? Can a tall person fit in a Honda S2000? 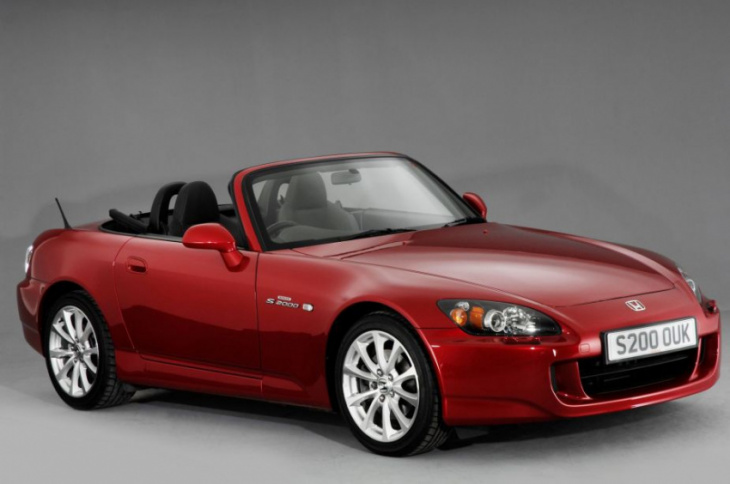 While you might think that the Honda S2000’s interior is cramped, tall drivers will be surprised to learn that they can fit in it. How tall? According to some forum members on S2ki.com as well as some videos on YouTube, it looks like the driver’s height cutoff is six feet, five inches. Anyone taller than that may have some issues with the soft top touching their head. However, they can always drop the top for infinite headroom.

According to Honda, the little roadster offers 44.3 inches of legroom and 34.6 inches of headroom, which is on par with the dimensions of the current-generation Mazda MX-5. However, once a tall driver sits in the cabin, the only other obstacle is fitting their legs underneath the steering wheel. Since the S2000’s steering wheel doesn’t tilt or telescope, tall drivers may find the need to rest their legs at an angle to get around the steering wheel. This could prove uncomfortable for some drivers, so be wary of that. 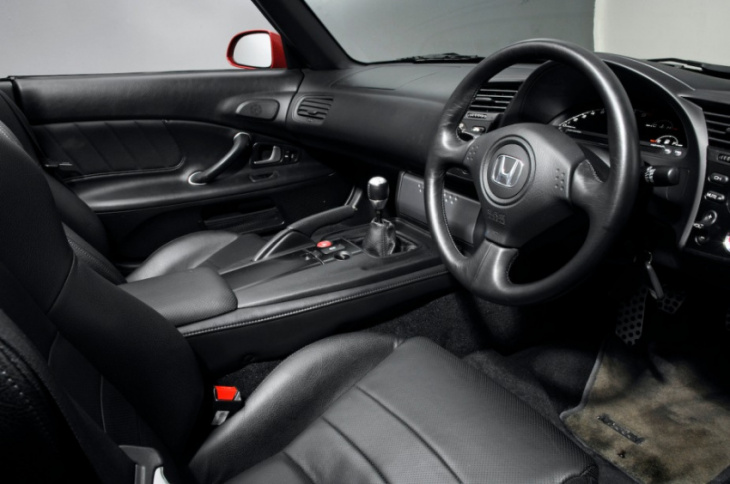 As for the rest of the Honda S2000’s cargo capacity, there’s not too much to speak of. There’s a trunk that will fit a little more than a carry-on luggage bag and backpack, but that’s about it. The trunk area measures 5.0 cubic feet, which is slightly larger than the 2022 MX-5 Miata’s 4.5 cubic feet, but it’s still small by most standards.

Inside the cabin, there are a few small storage spaces for documents and object no bigger than a pencil. There’s not even a glove compartment, but there is a decent amount of storage space in the cubby between the seats. And for those that might not know, there’s even a “secret compartment” above the center console storage area to accommodate more small stuff.

Otherwise, the Honda S2000’s interior is all business. Everything that the driver needs – including the climate and radio controls – are situated around the steering wheel. As for the passenger side of the cabin, there’s just a vent and an airbag to keep that occupant entertained.

Can a taller person fit in an S2000 with a hardtop?

Yes, the OEM hardtop dimensions allow for more clearance than the actual soft top. That means that if you’re a tall driver and come across an S2000 for sale with a hardtop, don’t worry – you’ll fit just fine. In fact, you’ll have a little more headroom than usual. But if you find that you don’t fit, then there is always the possibility to lower the driver’s seat with a set of aftermarket seat rails.

Keyword: Can a Tall Person Drive a Honda S2000?

I feel that the ventilated seats in the Hyundai Creta are more premium than what we get in this sedan. BHPian MDED recently shared this with other enthusiasts. After having read the entire thread on Virtus review, I was itching to have a TD done. Hence, during the office ...

The GK Honda Jazz range in Malaysia The variant to buy and current market prices Maintenance and common problems? Having sampled the recently – which no doubt is a superb product – we felt a lingering feeling, that though better, it has lost some of the charm of the ...


View more: Used Honda Jazz (GK) - from RM 40k, last of its line hatchback, how much to maintain and repair?


View more: Is the 2023 Honda Ridgeline Black Edition Worth it?

How does the Honda S2000 drive? Tell me about buying one Honda S2000: Verdict Honda S2000 The Mazda MX-5 is the go-to option for anyone looking for a reliable, two-seat sports car on a budget. And while the MX-5 is brilliant – all four generations of it – it’s ...