Because a 500bhp mid-engined V8 sports car really was a bit wet, wasn’t it? 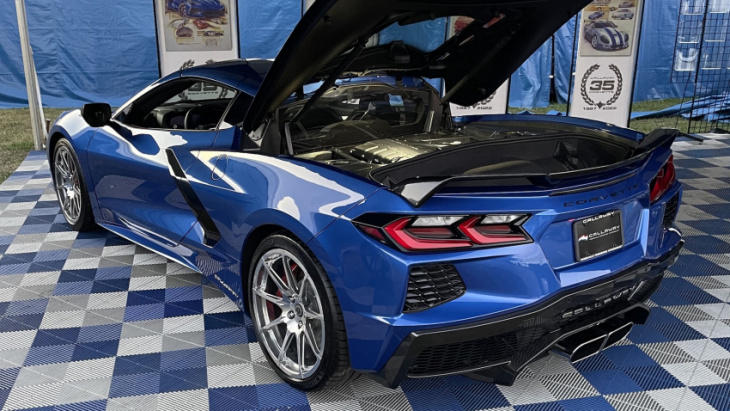 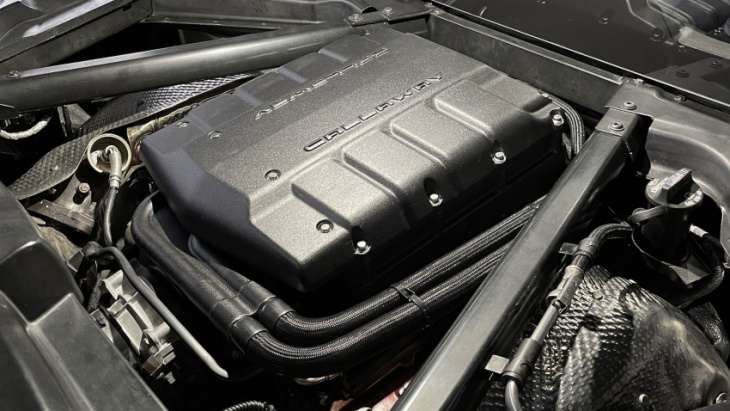 The bods at Callaway say the C8 Corvette and its LT2 engine have ‘already-outstanding performance’, right after mentioning that they’ve supercharged it.

Then again, when you consider the length and breadth of Callaway’s success, there’s actually a noticeable lack of braggadocio and big noting. And besides, a few nice words are hardly enough to maintain a 35-year partnership with the makers of America’s original home-grown sports car.

But if the team at Callaway is polite… yeah, you see where this is going. After all, the Corvette-based Callaway Sledgehammer hit 255mph – in 1988. For context, the McLaren F1’s XP5 prototype (i.e. the fastest recorded McF1) topped out at 240mph, and the ‘all-conquering’ Bugatti Veyron pulled up just shy of 254mph.

So even though the new supercharger setup “will undergo final engineering, emissions compliance testing and performance validation in the upcoming months”, and as such has no official figures attached, we’re pretty sure it won’t exactly be a wallflower. And especially not when it’s attached to Chevrolet’s LT2 V8.

In case you’re not familiar with Chevrolet’s engine nomenclature beyond the LS, the LT name has been around a few times, but for the new engine, it refers to the new generation of Chevy small-block V8 – Gen V, in case you were curious. There’s variable valve timing, higher compression, direct injection and a few other goodies that the LS did without.

The C7 Corvette (as in the last of the front-engined ones) got the LT1, while the mid-engined C8 Corvette gets the new LT2, with a new camshaft, better intake and exhaust manifolds and improved oiling from a dry-sump setup. Add a bit of Callaway magic to that, and the mind wanders over to its happy place, doesn’t it?

For context, Chevrolet does offer a supercharged LT engine – the 640bhp, 630lb ft LT4. But it’s wet-sumped and has already been in the C7 Corvette. Also, the day Reeves Callaway leaves engine performance to the manufacturer is the day he turns off the lights in the factory and takes up needlepoint.

That day’s still a ways away, by the look of it – Callaway’s planning to start production of the supercharger setup in early 2023, and will be able to fit new C8s and retrofit old C8s at its east and west coast facilities.

And because of the long-standing relationship between Callaway and Corvette, all manufacturer warranties are maintained (supplemented by Callaway’s own three-year coverage), and servicing can be done at any GM dealer. Callaway didn’t mention that this is something you’d rather struggle to find at certain other American speed merchants.

Perhaps they were just being polite.