California to Phase Out ICE-Powered Vehicles by 2035

The California Air Resources Board establishes a year-by-year roadmap so that by 2035, all new cars and light trucks sold in the state will be zero-emission vehicles, but limited sales of plug-in hybrid-electric vehicles will be allowed. 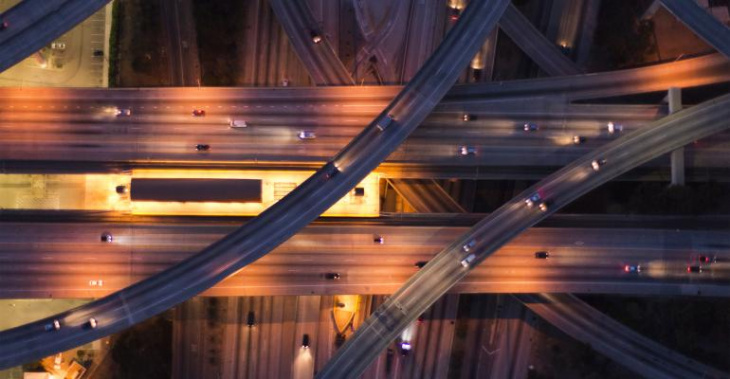 The California Air Resources Board approves an Advanced Clean Air rule aimed at putting the state on a path to ban vehicles with internal-combustion engines by 2035.

The rule establishes a year-by-year roadmap so that by 2035, all new cars and light trucks sold in California will be zero-emission vehicles (ZEVs), including a limited number of plug-in hybrid-electric vehicles (https://wardsintelligence.informa.com/WI965142/No-California-Isnt-Banning-All-ICE-Vehicles).

“The regulation includes ground-breaking strategies to bring ZEVs to more communities and is supported by the Governor’s ZEV budget which provides incentives to make ZEVs available to the widest number of economic groups in California, including low- and moderate-income consumers,” says CARB Chair Liane Randolph.

“Once again California is leading the nation and the world with a regulation that sets ambitious but achievable targets for ZEV sales. Rapidly accelerating the number of ZEVs on our roads and highways will deliver substantial emission and pollution reductions to all Californians,” Randolph says.

Transportation is the single largest source of global warming emissions and air pollution in the state. Many countries have set targets and goals to phase out the sale of ICE vehicles; other states are expected to follow California’s lead.

Ford, which is re-orienting its business toward electrified vehicles, says battling climate change is a strategic priority.

“We’re committed to building a zero-emissions transportation future that includes everyone, backed by our own investments of more than $50 billion by 2026 in EVs and batteries. The CARB Advanced Clean Cars II (ACC II) rule is a landmark standard that will define clean transportation and set an example for the United States,” says Bob Holycross, Ford chief sustainability officer.

“This plan’s yearly targets – 35 percent ZEV sales by 2026, 68 percent by 2030, and 100 percent by 2035 – provide our roadmap to reducing dangerous carbon emissions and moving away from fossil fuels. That’s 915 million oil barrels’ worth of emissions that won’t pollute our communities,” Gov. Gavin Newsom says. 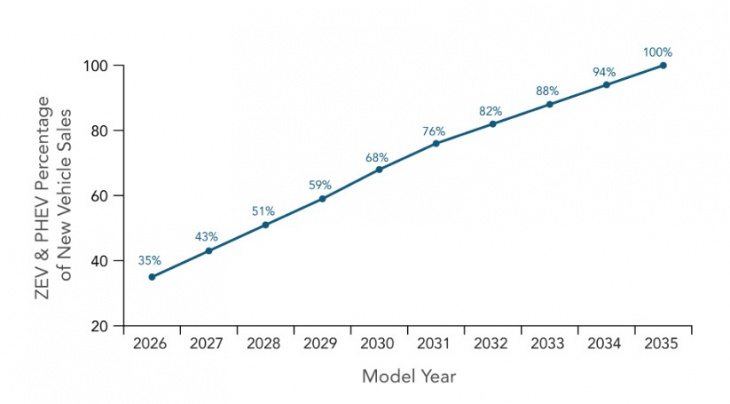 In 2040, greenhouse gas emissions from cars, pickups, and SUVs are to be cut in half, and from 2026 through 2040 the regulation is meant to cut climate-warming pollution from those vehicles a cumulative total of 395 million metric tons, CARB says.

“As interest in clean transportation technology continues to grow, it is important that we give consumers the resources they need to gain access to this technology,” says Dylan Jaff, policy analyst at Consumer Reports. “This common-sense rule is a critical tool to bring an increased array of zero-emission vehicle options to California consumers, increasing their ability to reduce their carbon footprint.”

Consumer Reports says a survey of more than 8,000 Americans conducted earlier this year showed 71% have some interest in purchasing or leasing an electric-only vehicle.

Under the Federal Clean Air Act, California has the authority to establish emissions standards more stringent than those of the federal government. Upon adoption of this rule, other states will have the opportunity to adopt ACC II in their own states. Consumer Reports notes 16 other states have adopted California’s rules for vehicle emissions.

However, several states want to protect gas-powered vehicles through litigation.

Missouri Attorney General Eric Schmitt is among a group of Republican attorneys general who filed a lawsuit in May seeking to overturn President Joe Biden’s decision to let California establish its own vehicle emissions standards. Former President Donald Trump had tried to eliminate California’s longstanding autonomy in setting the standards.

Schmitt, one of more than a dozen state AGs looking to block Biden’s decision, says allowing California to issue its own rules could cost Missourians down the road.

“If California is able to set restrictive ‘gas emissions’ standards, manufacturing becomes astronomically expensive, and those additional costs are passed on to consumers, many of which are Missourians,” Schmitt said in announcing the lawsuit.

Keyword: California to Phase Out ICE-Powered Vehicles by 2035