California's set a deadline for electrification 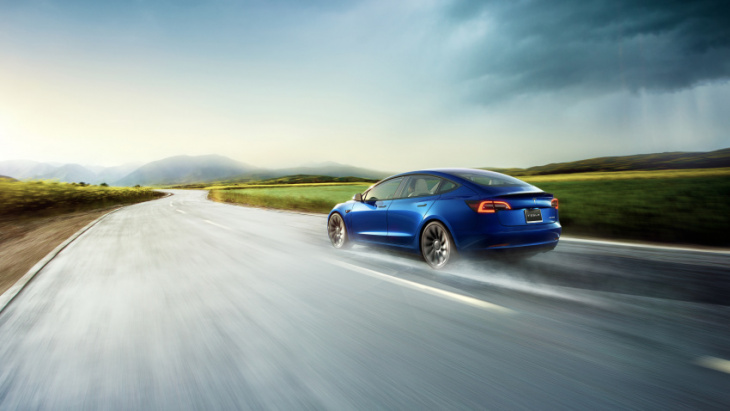 The age of gasoline is coming to an end. European governments know it, automakers know it, and now California knows it. As of yesterday, California regulators have voted to end the sale of new gasoline cars by 2035 (via Reuters (opens in new tab)).

Hybrids will be subject to some additional requirements by 2035, too. The new rules limit the number of plug-in hybrid sales at 20%, and mandate a minimum electric range of 50 miles; that’s up from the existing 10-mile minimum.

Like rules in Europe, which are set to ban gas-car sales between 2025 and 2035, this move only affects the sale of new passenger vehicles. Used car sales will still go ahead as normal, though the availability of gasoline cars will likely diminish over time. It’s not clear how the rules will affect commercial vehicles.

In any case, gasoline won’t be disappearing overnight, and it will still be possible to purchase a gas-powered car within the state of California. It just won’t be a new one.

What does this mean if you don’t live in California?

The ban only affects the state of California, so in theory this wouldn’t stop you from crossing state lines and purchasing a gasoline car in somewhere like Oregon or Arizona. But California making a stand against these cars could have a ripple effect across the United States.

Reuters (opens in new tab) points out that this already happened with tailpipe emissions, with 17 states agreeing to adopt California’s rules, and a further 15 backing its zero-emission requirements. Meanwhile, a further 17 states have challenged this, asking the EPA to rescind a decision that lets California set its own emissions regulations.

The American Fuel & Petrochemical Manufacturers trade association (AFPM) has urged both President Biden and the EPA to “reject California’s request for a Clean Air Act waiver to proceed with this unlawful ban.” Apparently, federal approval “would hand over sweeping federal government authority to California regulators, effectively appointing Governor Newsom and CARB as car and truck czars for the entire United States.”

It’s worth pointing out that the AFPM represents the majority of the U.S. gasoline and petrochemical industry, so it has a clear vested interest in allowing the sale of gasoline cars for as long as possible.

Meanwhile, Tesla Senior Counsel Joseph Mendelson told Reuters that the CARB proposal “is both achievable and paves the way for California to lead in electrifying the light duty sector.” Tesla, naturally, only sells fully electric vehicles, and just last month (opens in new tab) lobbied the CARB to push for 100% zero-emission vehicle sales by 2030 and reduce “the use of polluting PHEVs in annual compliance.”

However, it is worth noting that a large number of automakers have already announced plans to boost their electrified portfolios before 2040.

For instance, Ford has announced plans to ensure at least 40% of U.S. sales are electric by 2030, with the likes of Mercedes, Buick and Volvo going fully electric by that year. Other automakers will be taking things a little slower, with the likes of Hyundai, Honda and Volkswagen ending global internal combustion sales by 2040.

So electrification is coming, whether we like it or not; this latest decision in California will simply push the car industry to keep up the pace by imposing deadlines.

What to know before you go electric

California is no stranger to electric cars, by any means. According to The Washington Post (opens in new tab), 18% of new cars sold in California are electric — more than double the 2019 figure. But despite that relatively high tally, there are still a lot of drivers that are reliant on diesel or gasoline.

That’s especially true when you take the entirety of the United States into account. Cox Automotive (opens in new tab) reports that fully electric cars only accounted for 5.5% of new car sales in Q2 2022. That’s a 66.4% increase year-over-year, but still not a particularly high number.

For the millions who’ve never owned an electric car, the prospect of switching from gasoline can feel pretty daunting. But once you start learning about electric cars, and what driving one actually involves, the idea suddenly becomes a lot less scary.

Firstly, finding out what the best electric cars actually are can make choosing an EV a lot less stressful. Likewise, now that the federal EV tax credit has undergone some changes, it literally pays to know which cars are still eligible for up to $7,500 off the list price. And if range is your concern, you may want to pick one of the 11 electric cars with the longest range to decorate your driveway.

There are some things you should know before you buy an electric car, and be sure to check out electric car buying guide before you walk through the dealership doors. You’ll also need to decide whether you should buy an EV or a hybrid, and if buying a used electric car is an option.

Finally, if you’ve never had a car that didn’t need regular trips to the gas station, study up on all the ways you can recharge an electric car at home and how long recharging a car is going to to take.

Keyword: California is banning the sale of gasoline cars — here’s what that means for you