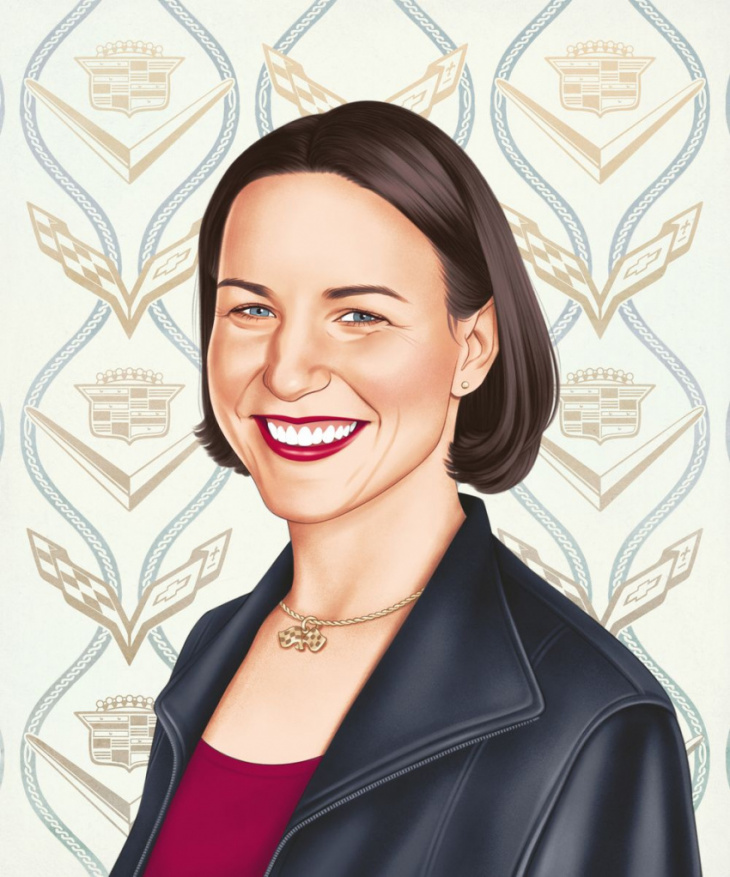 As head of sports-car racing at GM, Laura Wontrop Klauser is busy. Her job includes sustaining the current race programs while leading development on the Cadillac LMDh and the Corvette Z06 GT3.R.

This story originally appeared in Volume 13 of Road & Track.

Road & Track: How did you get into racing?

Laura Wontrop Klauser: I’ve been working full-time for GM since 2008 and spent eight years at the company before moving into motorsports. When the position for the program manager of the Cadillac ATS-V.R program opened, the Formula SAE experience I had in college and as a volunteer was probably a critical component as to why they chose me to move into motorsports, because otherwise, I had no background.

R&T: What did you learn from Formula SAE?

R&T: So building a team is the challenge?

LWK: The job at GM is an engineering position, and I think that’s super important, because there are a lot of technical decisions that get made, and you need to be able to speak the language. You also have to have a lot of softer skills and be able to work with people. I try to keep things as technical and black-and-white as possible, because that pulls emotion out of it. But it’s very important to understand that emotion is a critical component, and if you try to ignore that, you’re only going to frustrate people even more when they’re upset.

R&T: Why is Cadillac racing in the hybrid LMDh proto­type class?

LWK: I think it’s been very clear that GM is going to an all-electric future. That is our plan and where we’re headed, so there was a lot of discussion around electric racing. What do we want to do there? Ultimately, while on the production side, we’re ready to go full steam ahead, and we’re putting out some great electric product, some of the things we really, truly love about racing are not achievable with the electric platform yet. Like 24-hour endurance races, the technology just isn’t there. So we’re excited to hopefully see the technology get there, but at the moment, we’re not going to sit around and race nothing as we’re waiting.

R&T: And what about Corvette going to GT3 now that the GTE class has been discontinued?

LWK: There was never a “We won’t race Corvette” discussion. It was: “Okay. We’re racing Corvette. Where? How?” If you think about it, we were doing more or less the same thing for 20 years with Corvette Racing in the pro GT classes, and as we shift now into GT3 in this customer world, it’s different. And there’s a lot of just getting people comfortable with change and all the stuff that’s going to come with it.

R&T: It seems like you have a full slate.

LWK: I like being busy. If I wasn’t as hard-core into the racing as I am with this job, I probably would be back to volunteering in five different organizations and all the other stuff I was doing before I got into racing and still dabble in. I definitely don’t have as much time as I used to.

2024 Cadillac Lyriq Gets Cheaper Base Trim, Fewer Features And Options

Some say Tesla started a price war in the EV segment, and now GM is following Ford by following suit.

Fleetwood Cadillac Models & History 1964 The1964 Sixty-Special Fleetwood sedan had the new styling features combined with carryover trims. Standard equipment was the same as the previous year. I. D. NUMBERS Motor serial numbers took the same form used in 1963 the first pair of symbols changed to “64” to ...

Eldorado Cadillac Models & History 1971 he bigger V-8 of 1970 hinted that a bigger Eldo was on the way. But though the mostly new 1971 edition was 6.3 inches longer between wheel centers, it was just 0.6-inch longer overall and only some 75 pounds heavier. Even so, the more ...

1958 El  Dorado. The El Dorado was considered a luxury car by Cadillac and near the top of the line.

Fleetwood Cadillac Moels & History 1985 FLEETWOOD BROUGHAM – SERIES 6D Brougham, the last surviving rear-drive Cadillac, changed little for 1985 and faced potential extinction in spite of increased sales. That didn’t happen. The traditional rear-drive lingered on for several more years, even though all other Caddies (including limos) ...

Skip these Cadillac models Cadillac CTS  Cadillac XT4 What are some reliable models from the luxury brand? Cadillac has a long-standing reputation for producing luxury cars unequaled by any American-based automaker. Given the price point, it seems logical that Cadillac would also make reliable luxury cars. However, while there ...

2024 Cadillac Lyriq To Get Real Leather Interior And New Colors