Ganassi will run a car in both the 12 Hours of Sebring, the second round of the 2023 IMSA campaign on 18 March, as well as the 1000-mile season-opener for the World Endurance Championship on 19 March.

Both Ganassi Cadillacs will be on the grid for the IMSA season-opening Daytona 24 Hours on 28-29 January, and all six drivers were in action at the Sebring test.

“It was good to come to Sebring to put the new car through its paces and see what it will do in the harshest environment it will race, in terms of surface,” Cadillac Racing assistant program manager Kalvin Parker said.

“It was also beneficial for the team to see how it functions as a unit over 24 hours with a new car with new systems.”

With IMSA outfit Action Express Racing also running a test programme in another Cadillac for Pipo Derani and Alexander Sims, Parker observed: “It was helpful to have one car running the full 24 hours and have the other car run a very successful test plan that included some night running to get drivers used to the new headlights in changing track conditions.”

Lynn commented: “For every driver and every member of the crew, there is no other way to really get to know your machinery than having track time like this. The team sends you out and says, ‘You have two hours, go explore.’

“Once the season starts, every run has something to learn, so exploring and learning on your own is a nice feeling, especially when you’re starting to look for more performance.” 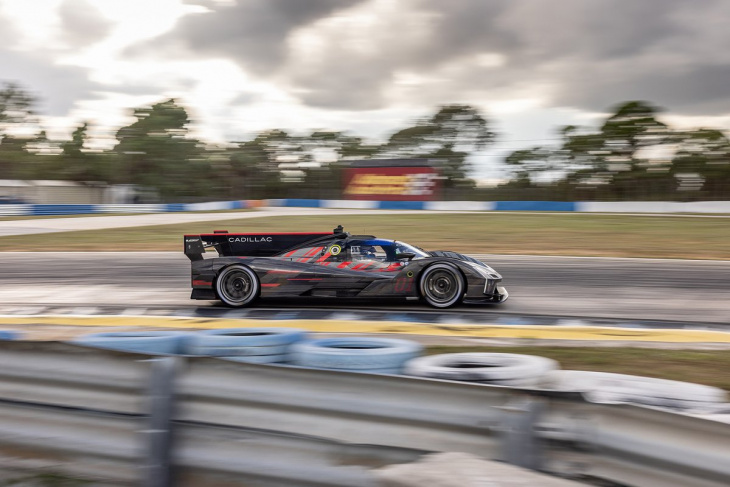 Sims, who joins Cadillac after racing for sister GM brand Corvette Racing in GTE, added: “It’s really good to experience the car at Sebring with the challenges the track presents with the bumps and explore and understand what the car does in those situations.

“We’ve gone through a fair few changes and we’re making good improvements. This is another step on from Road Atlanta where the car is more in tune with me at speed and I feel quite comfortable with what it’s doing. The car is performing well.”

The Cadillac V-LMDh, has logged nearly 11,800 miles since its maiden on-track test in July. Its first public runs will be in the 20-22 January Roar Before the 24 test at Daytona.

Cadillac Models & History 1972 DeVille: The standard equipment for the DeVille included all that were found on the Calais plus rocker panel moldings, rear center arm rest and twin rear cigar lighters. Of course, the rocker panel trim helped in identifying the cars, but there were also new DeVille ...


View more: The Meaning Behind the Cadillac Logo Has Never Changed

Cadillac Fleetwood Models & History 1990 All of the new or improved features introduced for the 1990 deVilles were also found on the Fleetwood Cadillacs. The elite cloth used for the 1989 Fleetwood seats was replaced by a new “Ardmore” material. The Fleetwood’s standard aluminum lace wheels different slightly ...

Deville Cadillac Models & History 1960 Modelsin the DeVille sub-series were trimmed much like 6200s, but there was no bar medallion on the front fenders and special script nameplates appeared on the rear fenders. Standard equipment included all base model features plus power windows and Two-Way power seat. Interiors were ...

Don’t count on the MSRP The 2023 Cadillac Escalade is selling over MSRP Should you skip the Cadillac Escalade? Prices for cars are on the rise, but consumers are still out there. The MSRP can give you an idea of how much you should be spending, but don’t count ...


View more: Avoid the 2023 Cadillac Escalade if You Want a Good Deal on a New Car Right Now

$300K Cadillac Celestiq, the brand’s second EV, is already sold out for at least a year