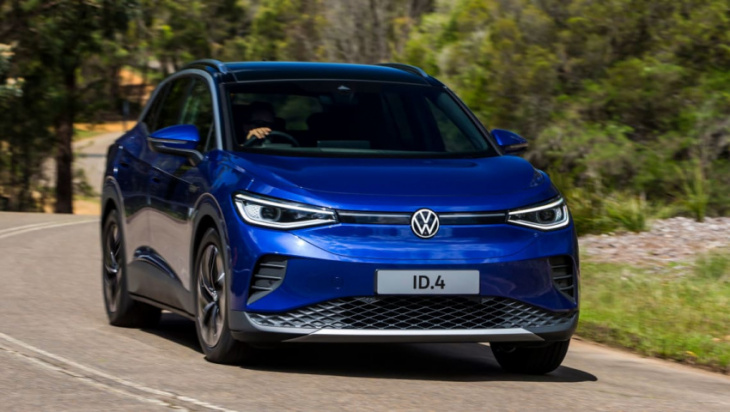 Volkswagen says it isn’t worried about competing with Tesla or BYD in the electric era.

Speaking to CarsGuide at a preview event for the Volkswagen ID.4 electric SUV, Volkswagen’s representatives explained the German juggernaut wasn’t concerned about major changes to Australia’s car landscape in the electric era.

When asked about the rise of new all-electric automakers like BYD in light of the imminent arrival of its own ID range of electric vehicles, Volkswagen’s Australian communications boss, Paul Pottinger, said VW didn’t consider such manufacturers “core competitors”.

“We have a different price bracket, a different quality, even driving dynamics. People know when a car drives like a Volkswagen,” he said.

“We don’t begrudge anyone: It’s great, the more people who drive EVs, the better, we’re at this green shoots point in the market, and ten years behind the rest of the developed world. That’s not to say we’re complacent, but it’s absolutely true that our customers are waiting for an ID in particular.”

Volkswagen says it will open the order books for the ID.4 SUV imminently, with the launch version equivalent in specification to an R-Line Tiguan expected to cost in a mid-$60k bracket.

It is rear-wheel drive, has a 150kW/310Nm electric motor, and a 78kWh battery pack allowing it a 550km driving range according to the WLTP standard.

Mr Pottinger said the brand expects an extensive waiting list for the ID.4 when the order books open. The first production examples for Australia are due before the end of next year.

“There will be a waiting list for ID.4,” Mr Pottinger said. “It’s logical that there will be, we will confirm pricing and spec soon, so dealers can start taking orders – we will know the extent then.” 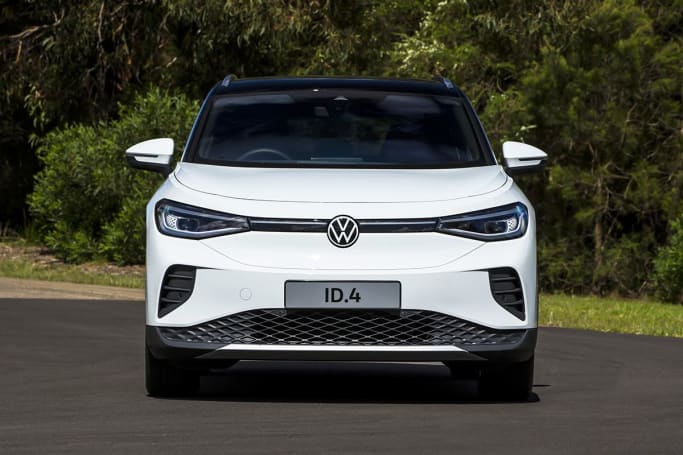 The ID.4 could be one of the most important new vehicle launches of 2023.

He also noted that dealers were on board with VW’s new option to take an order online with only delivery handled by a customer’s local dealership.

“The dealers are still hugely important, we have over 100 in Australia, and to enable the purchase of a vehicle online helps them,” Mr Pottinger said.

The ID.4 will be followed up inside the VW Group with the similarly-sized Skoda Enyaq, and smaller Cupra Born hatch.

When asked if VW is afraid of cannibilisation in its coming range of electric cars, which share the same MEB platform and many key components, Mr Pottinger wasn’t phased.

“These [combustion] cars are bought by different people now – we don’t see a lot of cross-brand cannibalisation. The Cupra Born and ID.4 are distinctly different products – but there’s no correlation even between Enyaq and ID.4,” he said.

“The Skoda customer and VW customer are distinct groups, despite what you might think.” 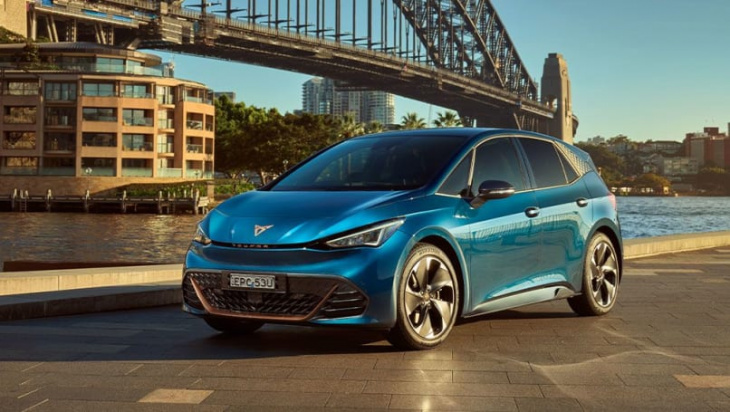 Mr Pottinger said there was minimal brand cannibalisation between VW, Skoda, and Cupra.

As Volkswagen moves toward electrification, its combustion range has had a gradual march up market in the last few years. With more basic variants being culled, and more highly specified, higher performance variants added to the Golf, T-Roc, and Tiguan range.

VW has solidified itself as a ‘semi-premium’ player, and this is before pricey plug-in hybrid models are added to the range, which the German automaker has planned for 2023.

In response to Toyota’s claim that moving too upmarket in the electrified era will ‘leave customers behind’, Volkswagen simply said its moves in recent years were in line with what its customers were demanding.

“As we’ve said before, R-Line (the top-spec Tiguan if you exclude the go-fast R) is now the majority of Tiguan sales,” said Mr Pottinger.

“We’ve taken a customer-centric approach to the changes we’ve made to our range. We’re not talking about comparable customer bases between the two brands. Toyota have a market based on the things that they do, but our customers are not necessarily looking for that.”

Why isn’t EV maker BYD already in the U.S.? How many EVs did BYD sell last year? Where does BYD sell its EVs now? China’s leading EV manufacturer is an industrial giant. BYD, which stands for “Build Your Dreams,” is China’s largest manufacturer of EVs. It has clicked back ...