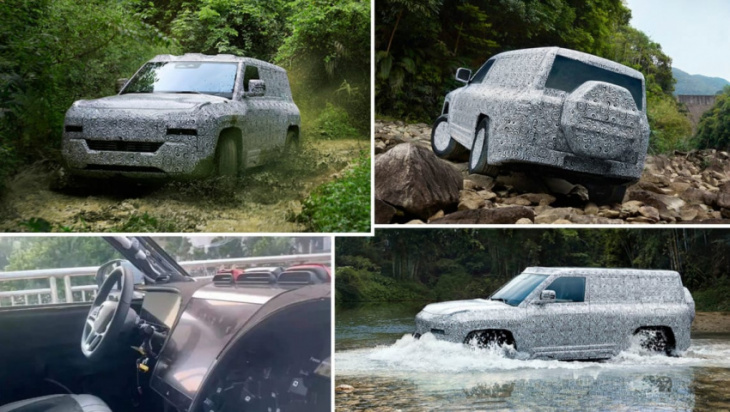 BYD’s expansion plans get serious, with the brand showing a camouflaged version of its luxury off-roader in testing.

BYD has released a set of images showcasing the testing of a camouflaged off-road SUV from its new high-end luxury spin-off marque, Yangwang.

The new brand is a move far upmarket by BYD, with prices said to be in the realm of A$200,000, with BYD’s chairman Wang Chuanfu saying its models will offer “unprecedented high performance” and “disruptive features”.

The camouflaged vehicle is thought to be called the Yangwang R1, the brand’s first vehicle scheduled to be unveiled in the first half of 2023.

It unmistakably wears the silhouette of cars like the Mercedes-Benz G-Class and Land Rover defender, with squared-off lines, a flat face, high belt-line for its windows, and what appears to be a side-opening tailgate, complete with a large housing for a spare wheel.

Leaked render images published by CarNewsChina also show what the R1’s face should look like, as well as its front and rear bumper designs. The three ridges on front of the R1’s roof are likely to contain the antennas and cameras required for its always-online connectivity, as well as its advanced safety suite.

Interior spy shots show similar switchgear to BYD’s current Tesla Model S-sized Han flagship sedan, which may not arrive in Australia despite having been spotted testing a few years ago. 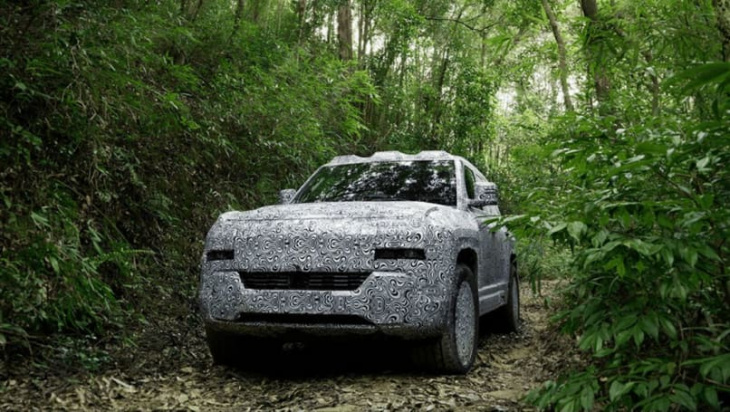 The Yangwang R1 showcases a new direction for BYD.

The R1 is seen fording water, driving through mud, and climbing rock faces, although it is as-yet unknown if the brand will be electric-only, or continue to use plug-in hybrid drivetrains, as the BYD brand does for some models in its home market.

The R1 images come shortly after a spy photo purported to show a testing mule of a BYD dual-cab ute. 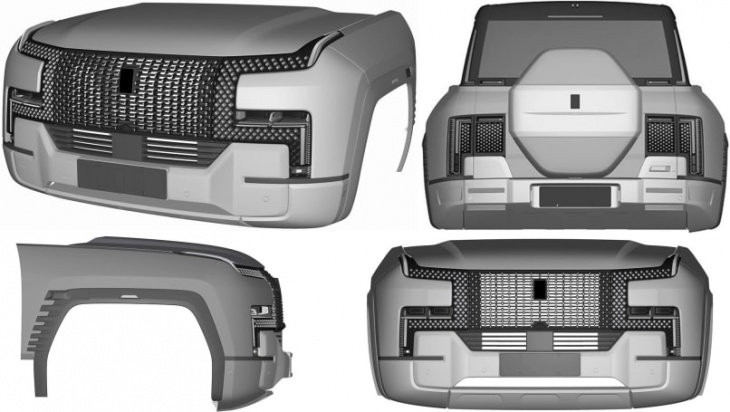 BYD’s next move in Australia will be to launch the Atto 4 sedan in the same space as the Tesla Model 3, and from there may move to launch a smaller hatchback thought to be called the Atto 2. The Atto 3 SUV (priced from $44,381 befonre on-road costs) arrived to much fanfare earlier this year.

Stay tuned as we keep up to date with all BYD developments.