Localising EV production for important markets seems to be a hot topic these days. 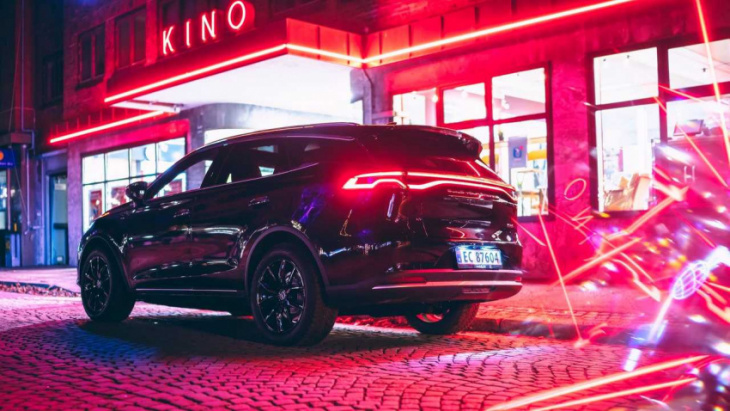 BYD is preparing to launch several electrified vehicles in Europe over the course of the next 12 months, but according to a recent report, it may also be looking to start manufacturing the vehicles it sells on the continent locally. No clear plans were laid out, but the a high ranking company official did confirm the prospect was of much interest for the company.

Autocar spoke to Brian Yang, who is assistant general manager for BYD Europe, and when asked about possibly localising production to Europe, he said

We are seriously thinking about some localisation plans. We don’t have a solid plan. We’ve just started to learn, to really understand the beliefs of our customers, and if everything goes well and we build up all the foundations and structure here, that could lead to some localisation.

BYD is a global leader when it comes to selling what in China are called “new energy vehicles” (or NEVs for short, a term which encompasses EVs, PHEVs and fuel cell electric vehicles). In the first six months of 2022, BYD sold almost 650,000 NEVs, which it currently builds at its five factories, all of which are located in China. It also builds battery packs for other automakers’ EVs, including Tesla.

If BYD did go ahead with plans to build a plant in Europe, it could seek partnership with an established automaker that’s already active on the Old Continent. This is nowhere near as common as European manufacturers signing joint ventures to help them build cars cheaper in China, but BYD isn’t the only automaker that has expressed a desire to build cars in Europe with the help of a local partner.

Nio, for instance, has also announced European manufacturing ambitions and it strongly suggested that it would work with a local OEM to make it happen. However, since Nio made this publich, it has only confirmed the opening of its Nio Power Europe Plant in Hungary (focused on battery swapping stations, not building cars) and the announcement for an actual car manufacturing location and local partners is yet to come.

Sime Darby Motors has inked a new distributorship deal with Chinese EV maker BYD for the Malaysia market, marking the marque’s official entry into the country. The announcement comes just two weeks after it was first reported that the two companies have been in talks for a distributorship agreement. ...

It has been that Sime Darby Motors will be launching two BYD models in Malaysia, the BYD Atto 3 and BYD e6, the guide for the latter can be found . Now, what is the BYD Atto 3? The BYD Atto 3 is an all-electric crossover/SUV that’s roughly the ...

Photos / David Linklater – BYD Atto 3 first drive: living the dream BYD has landed in New Zealand with a bang, with interest in the Atto 3 and the BYD brand taking off since local announcements were made in June this year. BYD New Zealand has hit a ...

Market launch of this model is expected in Q4 2022.