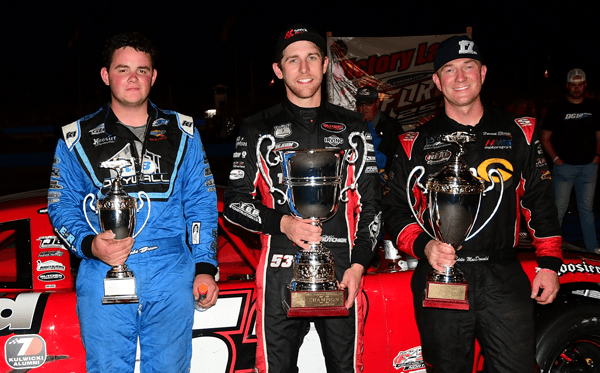 Butcher grabbed the lead with eight laps remaining after bumping leader Johnny Clark from behind. Butcher, who started 20th, controlled two restarts during the remaining circuits of the three-eighths-mile track to secure the victory.

Clark nursed his car home in fourth, with Max Goodson rounding out the top five in the 42-car field.