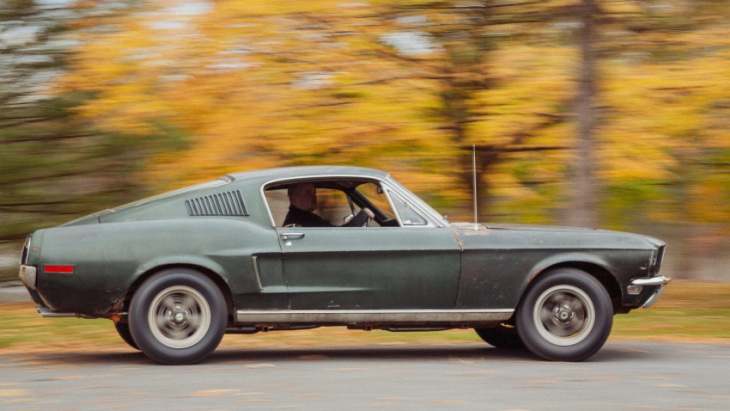 Bullitt is back — well, sort of. The iconic 1968 classic is set for a reboot under the experienced hands of Hollywood director Stephen Spielberg. According to media outlet Deadline.com, Hollywood veteran Bradley Cooper has been tapped to play the role of Detective Frank Bullitt, originally played by Steve McQueen, in the upcoming production.

The original plot revolved around a detective (Steve McQueen) at a San Francisco police department, who was guarding a mob informant until hitmen kill the gangster. However, the film’s highlight (see below) has to be the epic 10-minute car chase between McQueen in a dark green Ford Mustang and hoodlums in a black Dodge Charger.

The new movie will reportedly feature a completely different plot from the 1968 thriller, still following the main character. It’s not unreasonable to assume — or at the very least, be very hopeful — that there will be a heavy dose of epic automotive action scenes.

There’s no information on the specific cars that will be featured in the movie. However, Ford had a very special relationship with the original Bullitt, and it is highly likely the carmaker is exploring how to leverage that partnership once again. A few specially-built Mustang GT fastbacks were used in the 1968 movie, and one of them would go on to sell at auction for a record US$3.74 million. Ford also kept the Bullitt name alive over the years with a number of special-edition Bullitt Mustangs. The last one was released in 2019.

The seventh-generation S650 Mustang is expected for the 2024 model year, and Ford may just decide to unveil a Bullitt Mustang to line up alongside the Dark Horse Mustang special edition. We have yet to determine when the movie will premiere (it’s at least a few years out), but there’s more than a passing chance that the carmaker may also choose to mark the release with a special edition Mustang or (the more unlikely) Mustang Mach-E.

It will be hard to match the exploits of the 1968 Bullitt classic, but if anyone has a fair chance, it’s Stephen Spielberg. The movie is still in the very early stages of development, but It will be interesting to see what Spielberg, in partnership with actor Bradley Cooper will be able to whip up. Steve McQueen’s son and granddaughter are also listed as executive producers.