GM President said the model will be "a beautiful addition to the Buick lineup." 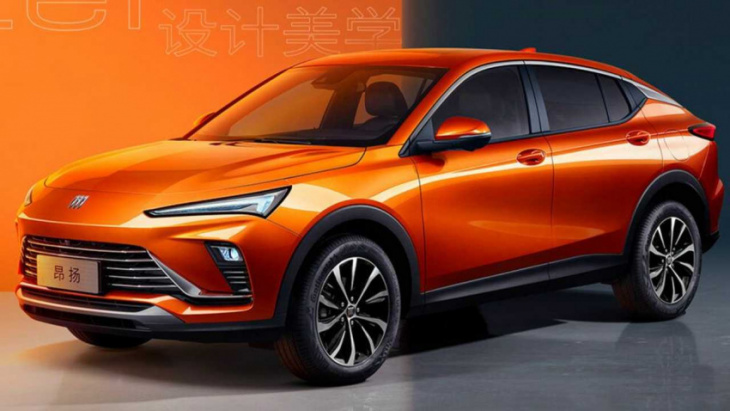 In recent years, to a certain extent, China has been a more important market for Buick than the United States. The brand has a relatively wide portfolio in the People’s Republic and what has always seemed like a logical next step is most likely going to happen very soon – products developed and currently produced in China are going to be available in North America as well. And this is not just a rumor or speculation but information confirmed by a high-ranked executive within General Motors.

Speaking during the GM Investor Day earlier this month, Mark Reuss, president of the automaker, confirmed Buick has plans to bring the new Envista crossover to US soil. This vehicle was unveiled in the summer of this year featuring a new design language, combustion power, and decent equipment. Apparently, GM is preparing the Envista for a US launch in the near future.

“It’s already in production in China, paying forward the Buick design off the Wildcat. A beautiful vehicle, getting ready for the US here as well, just a beautiful addition to the Buick lineup,” Reuss said during his speech. To us, this sounds like a pretty solid confirmation, even though there are no additional details available for the moment.

In China, the Envista has a 1.5-liter turbocharged engine from the Ecotec family. Its output is not really impressive – 181 horsepower (135 kilowatts), but the 0 to 62 miles per hour (0-100 kilometers per hour) acceleration takes 7.9 seconds, which is respectable for a vehicle of that segment. The four-cylinder mill is mated to a CVT and sends power exclusively to the front wheels. Buick promises an average fuel consumption of 6.52 liters per 100 kilometers or about 36 miles per gallon.

In terms of dimensions, the Envista sits above the Encore GX with a length of 182.6 inches (4,638 mm) and a width of 71.5 inches (1,816 mm). The wheelbase is 106.3 inches (2,700 mm), which results in a slightly more spacious cabin. As far as the equipment is concerned, there’s a 10.25-inch screen dominating the dashboard and a fully digital instrument cluster for the driver. In China, the crossover relies on the Baidu navigation system, though we expect a switch to Buick’s North American infotainment software for the Envista’s US debut.

The 1987 Buick GNX: Not Just A Muscle Car – The Fastest Accelerating Production Sedan Ever Made

Buick Special 1938; the first car to be equipped with blinking turn signals

Rule The Road in This 1953 Buick Special Convertible

Buick will expand its presence in the EV segment by launching a five-seater crossover on the Chinese market before the end of 2022. The model will use the Ultium technology developed by parent company General Motors, and it will be closely followed by another electric car. Official details about ...

The 2022 Buick Envision Avenir Fights for the Middle

Buick’s not-quite-luxury crossover has plenty to offer but with a hefty price tag.


View more: The 2022 Buick Envision Avenir Fights for the Middle

Buick is getting ready to enter China with a new EV model. An application to the Chinese Ministry of Industry and Information Technology contains the first pictures and info. The battery supplier surprises while other technology comes from GM. The electric SUV based on GM’s Ultium platform will be ...

Both take inspiration from the Buick Electra-X Concept.

GM previews a slew of upcoming EV and ICE models, but only Wall Street investors get to see them.

The Buick Century Is Now a Luxury Yacht for the Road

The ultra-luxury minivan segment is alive and well, but mostly outside of North America.


View more: The Buick Century Is Now a Luxury Yacht for the Road

1957 Buick Roadmaster Motorhome Is A Weird And Awesome Barn Find

1987 Buick Grand National Still Has Fire In Its Blood

A New Buick Crossover Is Coming to the U.S.

GM to Buick Dealers: Sell GM Electric Vehicles or We Can Buy You Out

GM willing to buy out US Buick dealers

The Buick Envista is a new SUV you’ll never hear of again, unless you live in China

Buick Reveals the Envista, a Spunky-Looking Compact SUV for China

The Buick Grand National is now even cooler*

19 times that Buick got it right

Buick Ranks Highest in Quality According to J.D. Power

How Did the 2022 Porsche Macan Lose to the 2022 Buick Envision on Consumer Reports?

There’s No Reason to Wait for the 2023 Buick Enclave

Buick Is Best In J.D. Power Study, But Overal Initial Quality Is Down

Why Did This Builder LS Swap His Buick Regal?

The 2023 Buick Enclave Has 2 Big Drawbacks