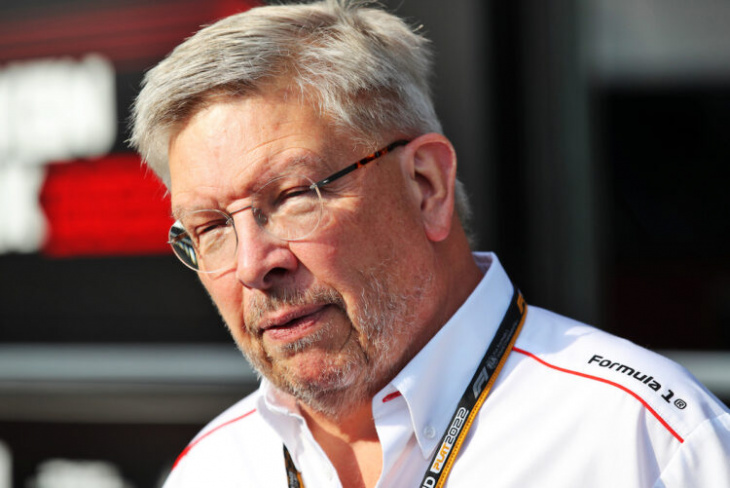 Ross Brawn has been sensationally linked with a return to the Ferrari Team Principal role amid heavy rumours that Mattia Binotto will be ousted at the Italian squad.

Earlier this month, a report appeared in Italian media that stated Binotto would vacate his role at the end of 2022.

The report also said that he would be replaced by Frederic Vasseur, who currently runs Alfa Romeo’s F1 operations.

Ferrari responded by asserting that the claim was “totally without foundation”, but the rumours have intensified following the season-ending Abu Dhabi Grand Prix.

Italy’s La Stampa now states that Brawn is in the frame for a Ferrari return to head the team.

Brawn was previously the technical director at Ferrari, and was part of the dominant organisation that saw Michael Schumacher win five consecutive F1 titles.

In recent years, he has acted as Managing Director for F1.

While Brawn is being linked to the role, it is believed that Vasseur remains the favourite for the job.

La Gazzetta dello Sport reports that Vasseur will want a defined No. 1 and No. 2 driver at the team, which could spell bad news for Carlos Sainz.

Charles Leclerc has had the upper hand on Sainz during their first two seasons together, while Vasseur has history with Leclerc, as the Monegasque driver raced for Vasseur’s Sauber team during his rookie 2018 season.

He also won the 2016 GP3 Series with ART Grand Prix, a team founded by Vasseur.

Binotto responded to suggestions that he was on his way out of Ferrari in Abu Dhabi, asserting that he was “relaxed” over his position.