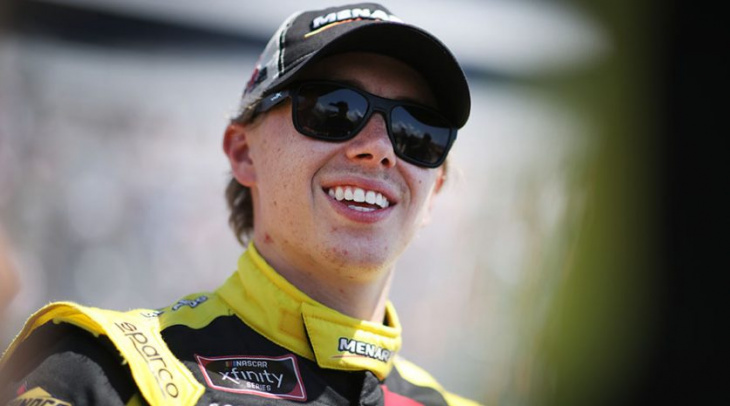 MOORESVILLE, N.C. — Brandon Jones will move to JR Motorsports next season, replacing Noah Gragson aboard the No. 9 Chevrolet.

Gragson is leaving the team at the end of the season to race for GMS Petty in the NASCAR Cup Series and Jones joins the operation after several seasons with Joe Gibbs Racing. Jones is a five-time winner in the Xfinity Series, including earlier this year at Martinsville (Va.) Speedway.

“Brandon’s been a tough competitor over the years, and he’s a talented addition to JR Motorsports,” said Kelley Earnhardt Miller, JRM co-owner and general manager. “He’s a series veteran that brings a lot of experience, and we’re going to see big things from Brandon and the 9 team in 2023.”

Jones has qualified for the playoffs six of the past seven years.

He also won three out of four ARCA Menards Series starts he’s made in 2022.

“To watch how competitive JRM has been over the years is really impressive,” Jones said. “They’re a threat to win every week, and one of the premier teams in our series. I’m so thankful to Dale (Earnhardt Jr.), Kelley and Mr. Hendrick for allowing me to be part of it.

“Reuniting with Chevrolet again is awesome, too. They were a big part of my career early on, and I’m looking forward to building on those relationships and driving a Camaro in 2023.”