Forty per cent of the total cost of a BMW i4 lies in its battery. That’s a staggering number that helps to explain why EVs in general tend to be so much more expensive than hybrids or plug-in hybrids. As a part of its efforts to cut battery costs, the German automaker is set to introduce its sixth-generation battery technology in 2025 — it, says BMW, represents a 50-per-cent reduction in cost at the cell level when compared to the fifth-generation battery.

The new bottom-vented round cells have a 30 per cent shorter charging time when juicing the battery from 10 to 80 per cent, thanks to the use of a new 800-volt architecture. Better yet, the energy density rises by 20 per cent, and the driving range is 30 per cent better than the outgoing battery. The combined effects represent a win-win-win situation. 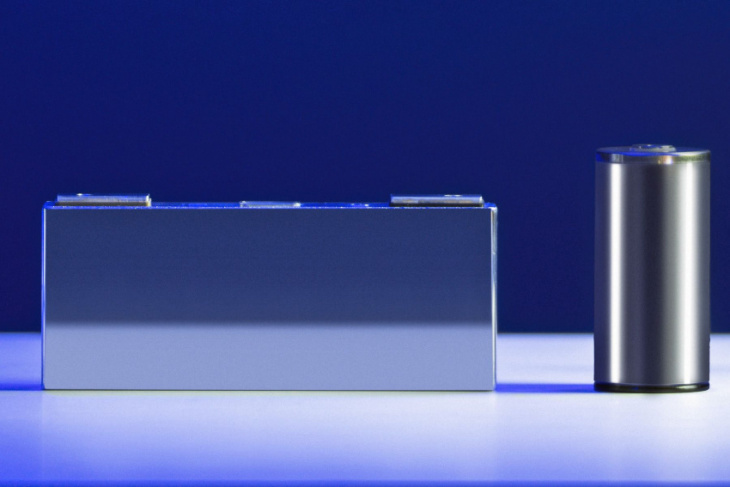 The new setup sees the individual round cells mounted directly into the pack, which brings a 30-per-cent improvement in packaging efficiency. The big plus, however, is that doing away with the module cuts down on the material, weight, and cost associated with the outgoing system. Affordability aside, it also helps to explain why the new battery produces 60 per cent less CO2 in the process of going from raw material to finished item.

Another of the benefits is the individual cells deliver a better “propagation stop” than the old units. In essence, if one of the cells goes rogue and into a “thermal runaway” situation where the heat build-up reaches a critical level, it is less likely to affect the surrounding cells.

This new battery technology will debut with the Neue Klasse (New Class) platform. Currently, most of BMW’s electrified vehicles ride on a platform capable of supporting gas-diesel powertrains, hybrids, and full-on EVs. The Neue Klasse, which will be rolled out in 2025, is a dedicated EV platform. A successful roll-out of the new battery, platform, and upgraded electronics, along with the fifth-gen electric motors, is key if BMW is to attain its goals.

As early as 2023, BMW will offer at least one fully-electric model in most of its vehicle segments, and it plans to have more than two million fully-electric vehicles on the roads by 2025. Come 2030, the company wants half of its global sales to be fully electric. In North America, this ambitious program will be helped by a US$1-billion investment in BMW’s assembly plant in South Carolina. In the future, the Spartanburg facility will build at least six fully-electric vehicles by 2030.

Looking forward, BMW will begin to roll out its all-solid-state battery in 2030. The company says this move will increase the energy density by another 20 per cent. The plan is to have a demonstration vehicle using the all-solid-state technology out before 2025. 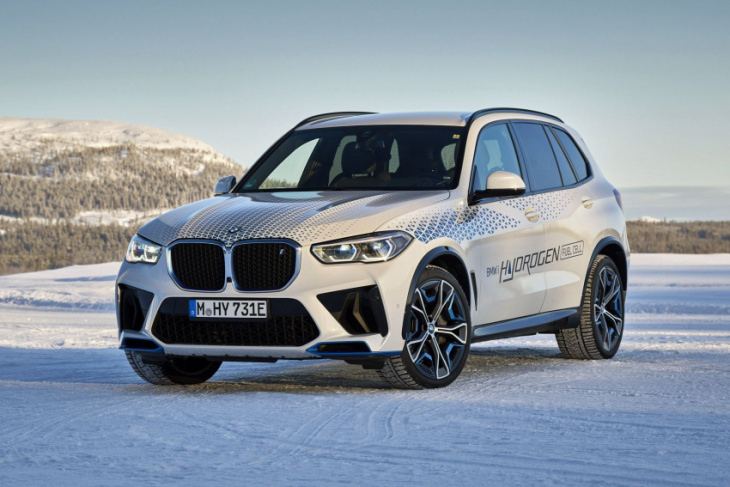 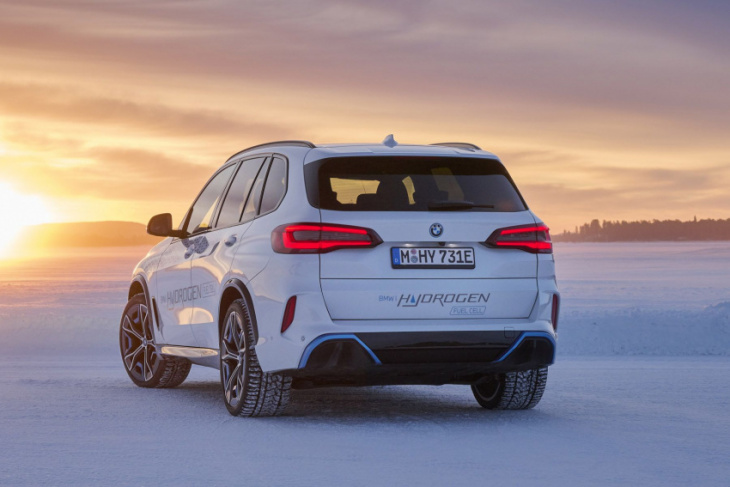 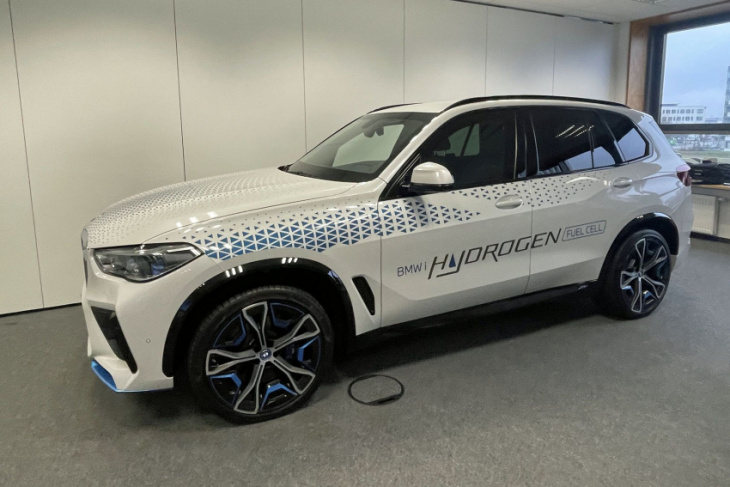 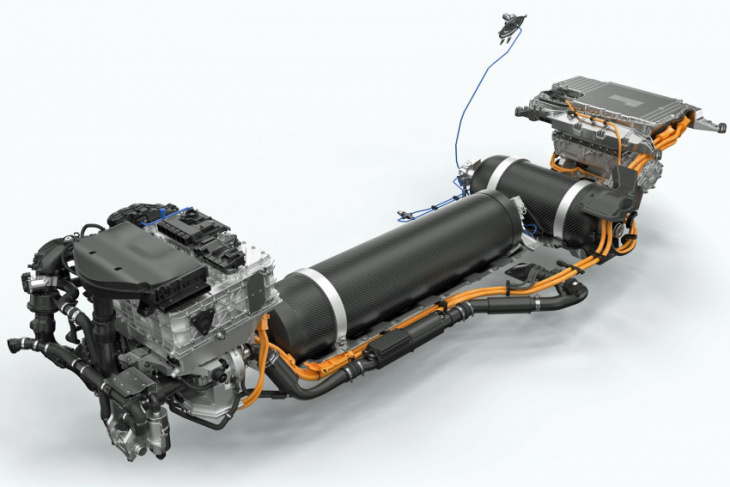 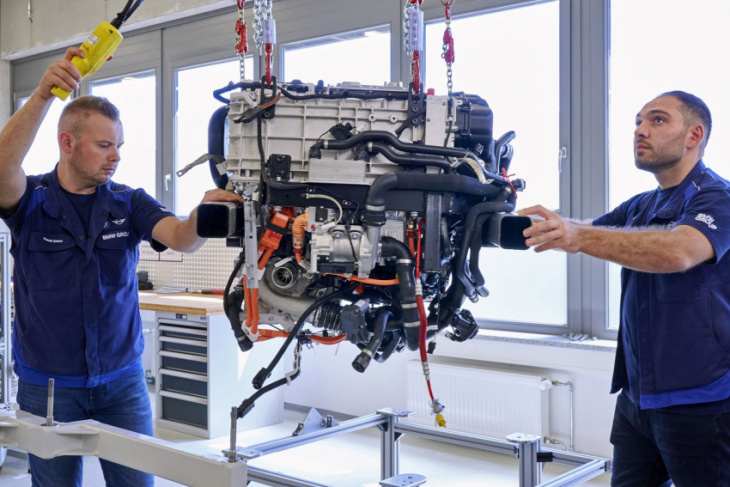 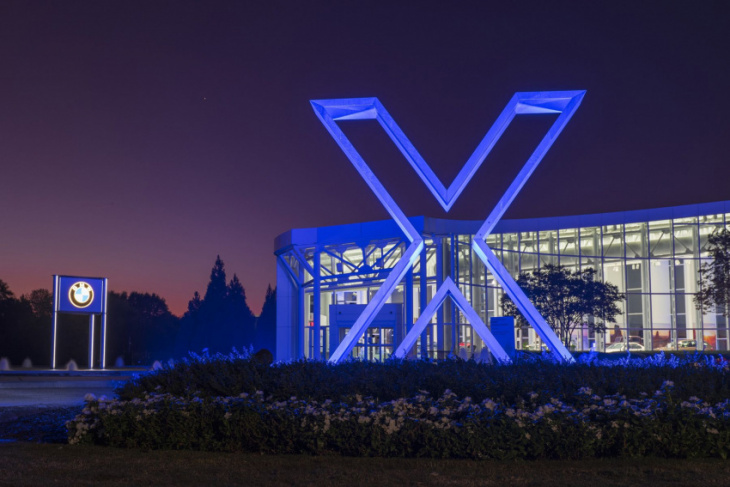 BMW’s Spartanburg, South Carolina facility, set to be the new home of its electric-vehicle development goals Photo by BMW

Unlike its Stuttgart neighbour Mercedes-Benz, BMW says the hydrogen fuel cell is still very much part of its future powertrain lineup — the company announced an electric drivetrain based on its fuel cell is doable in the Neue Klasse platform. For now, a small number of iX5 Hydrogen vehicles are going into production, and will be used for demonstration and testing purposes starting in 2023. BMW did not say how many iX5 Hydrogens it will build, but touring the fuel-cell assembly area, fuel cell number 67 was crated and ready to go to assembly, so around 100 units sounds like a good number.

While the iX5 Hydrogen shares its inner cells with the Toyota Mirai, all of the ancillary hardware is BMW-based. In this case, the fuel cell works with a 2.5-kilowatt-hour battery that acts a buffer as the fuel cell gets up to speed, and it helps improve acceleration.

It gets its hydrogen from two tanks mounted in a “T” shape. They sit in the central tunnel and under the rear seat area and carry six kilograms of hydrogen pressurized to 700 bar. When asked about the risks associated with hydrogen in the event of a major crunch, BMW says it is safe. First, the carbon-fibre composite tanks each have shut-off valves that automatically seal off the hydrogen. More importantly, of the six kilograms of hydrogen stored onboard, only nine grams are ever outside of the tanks — in the pipe leading to the fuel-cell stack and the stack itself. Asked to described what happens when nine grams of hydrogen ignites, the engineer leading the plant tour described it as little more than a spurt.

Moving forward, the whole hydrogen storage system is going to be completely revamped. The plan is to design a tank system that will be the same size as the sixth-generation battery pack. As the battery and tank assembly packs are the same size, it allows future fuel-cell vehicles to be built on the same assembly line as their battery-electric counterparts, which helps to cut costs further.

A mechanic by trade, I have been acting crash test dummy (aka Road Tester) for 37-years, 21 of those with Post Media. In the beginning cars ranged from dreadful to very good. Today, the spectrum, with very few exceptions, ranges from good to excellent. Hopefully, by the time full autonomy has infiltrated the morning commute my driving gloves will be well and truly hung up!