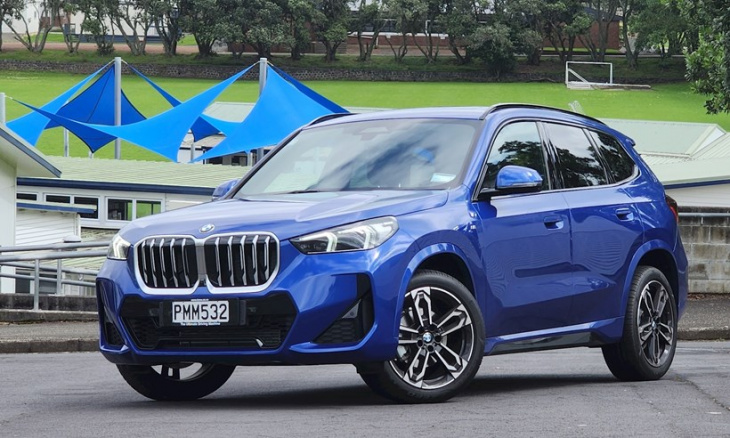 The BMW X1 has gone from a bit of a town mouse to something quite striking in its latest (third) generation. It’s bigger, now about the size of the first-gen X3, but also bolder: angles and holes everywhere. Not necessarily pretty, but really purposeful; that’s the BMW way these days.

Bigger it might be, but this is a time of engine downsizing. The sole X1 for launch in New Zealand is the sDrive18i, which means a 1.5-litre three-cylinder turbo-petrol engine (that’s the “18i” bit) and front-drive (“sDrive”), with a seven-speed dual-clutch Steptronic gearbox. 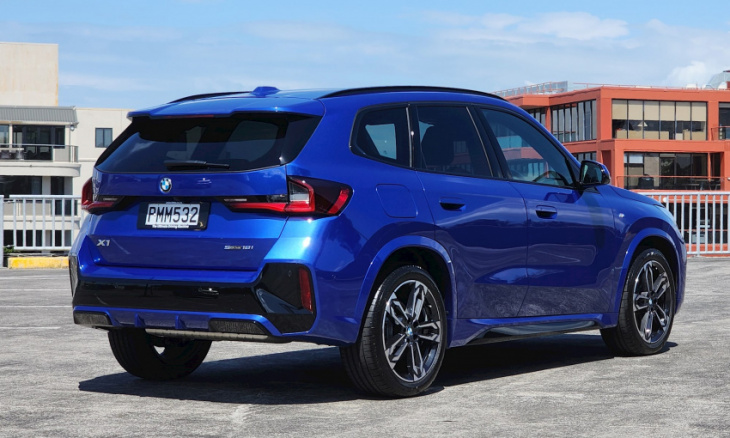 It’s still based on the same basic platform as the Mini, hence the FWD. But it’s also designed for AWD, and in fact this generation of X1 architecture will also provide the base for the next iteration of the Mini Countryman SUV.

It’s a relatively quirky powertrain package for a premium BMW SUV aimed at a city audience, but we’re into it. The three-pot engine and Steptronic transmission aren’t always a happy combo in town, where one or the other can have a bit of trouble waking up away from the lights, but it gets smoother the faster (and harder) you drive, and low NVH means you get the aural character without the powertrain becoming intrusive. Who doesn’t love a fizzy three-cylinder engine?

BMW hasn’t always hit the mark with design and quality in its smaller SUVs (earlier X1 and X3 models weren’t too flash at times), but the new X1 has a pretty sensational cabin environment – right up there with the brand’s larger models in terms of fit, finish and feel. It seems really special.

It’s also truly practical, with a high seating position up front, generous rear-occupant room and a 540-litre boot – as much as some medium-sized SUVs. One of the options packages helps things along, too: the X1 has BMW’s signature 40/20/40 split rear seat, but the Innovations package adds further adjustment that allows you to lock the rear seats in various positions to allow a little more loadspace (at the cost of some passenger comfort, of course). 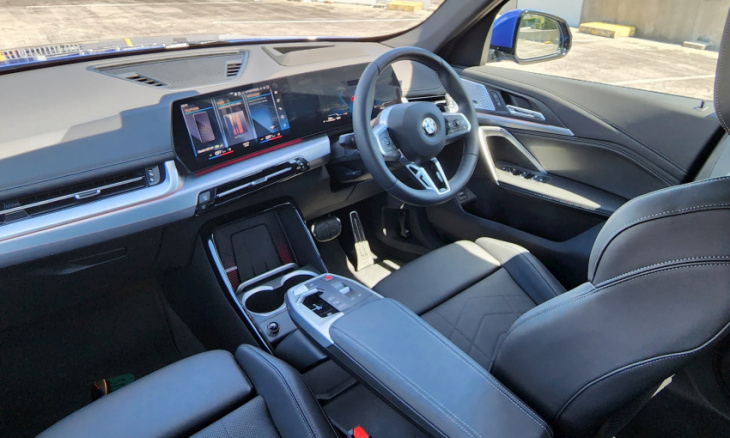 Innovations also adds power adjustment/memory for the font seats, Harman Kardon audio, panoramic glass roof and an alarm. And while we’re on the subject of options, our test car also had the M Sport package, with a thick-rimmed steering wheel (might be too thick for some), black roof lining, a special body kit including roof rails and adaptive suspension (which might be too firms for some in in its Sport setting).

To answer the next obvious question, yes that does make the little X1 quite expensive; so in that sense it’s a true premium-brand car as well. Our evaluation car is $77,990 all-up, or $8k over base price.

Still, the level of technology fits the premium positioning, including some stuff we haven’t experienced before in any car (it’s possible we don’t get out enough, though). For example, the “Hey BMW” intelligent voice assistant now extends to dynamic functions: you can activate the adaptive cruise control, and even adjust the speed (“Hey BMW, drive faster”) or spacing (“Hey BMW, increase the distance to the car in front”). 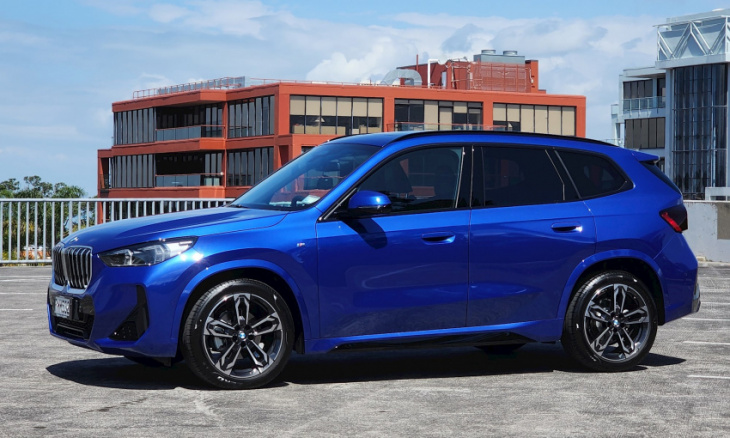 It’s pretty clever stuff, and in addition to automated tech we already know and admire, like augmented reality sat-nav (graphics are overlaid on a front camera view for directions), Parking Assistant and BMW’s excellent Reversing Assistant, which remembers the last 50 metres you drove and can steer you backwards automatically down the same route.

All those design details – the tall grille, the bumper cutouts, the extended rear roof, the curved digital instrument panel – make the X1 seem like a miniature version of the iX, BMW’s new pure-electric luxury SUV.

That might not make sense right now when there’s a thrummy three-cylinder petrol engine under the bonnet, but in early 2023 we’ll see the iX1 xDrive30: a battery electric vehicle with dual motors (AWD), 0-100km/h in 5.6sec and 440km range; it’ll be BMW NZ’s 10th BEV. Then the X1 gets even more interesting. 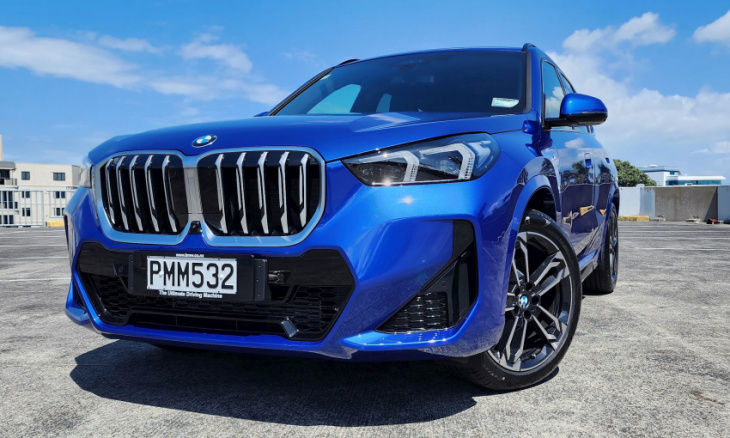 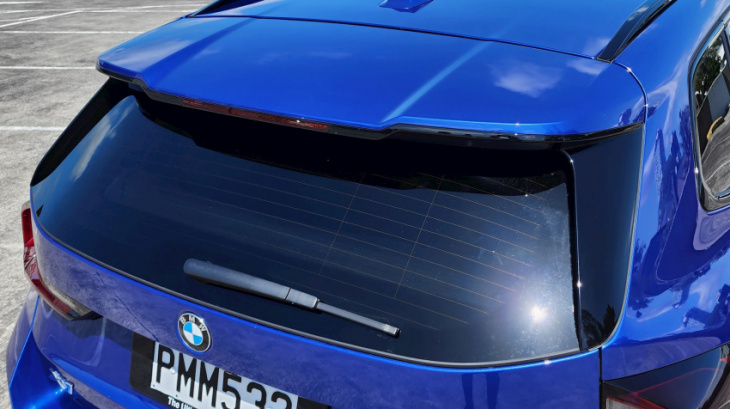 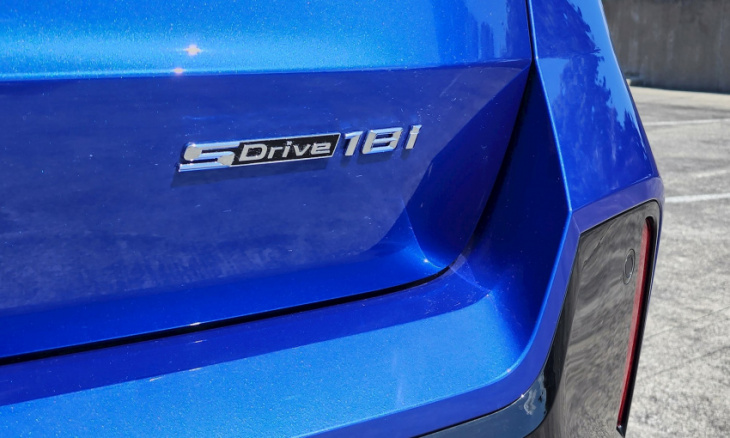 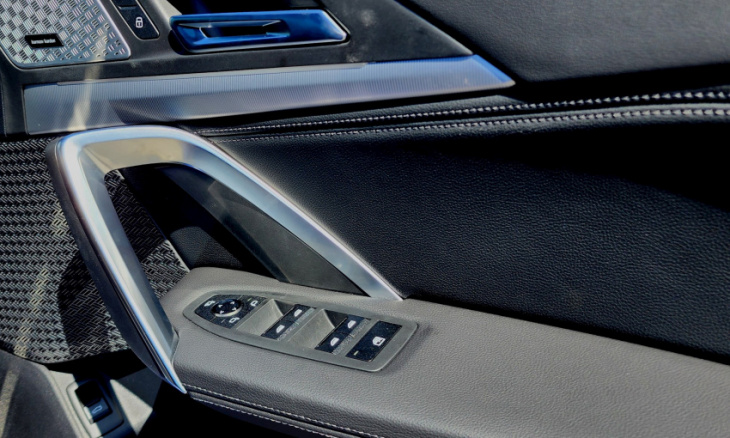 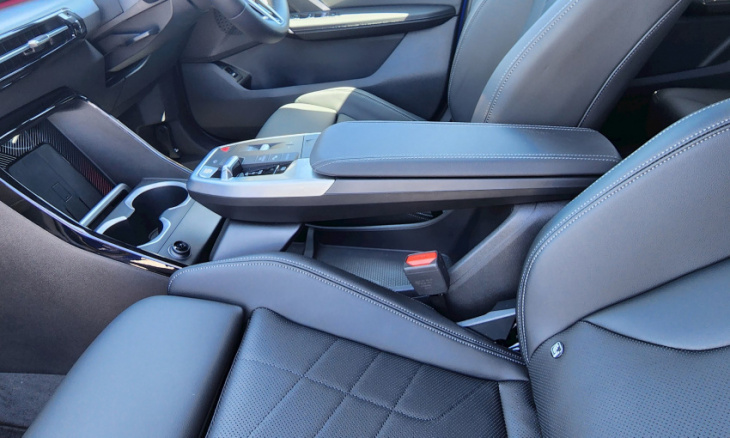 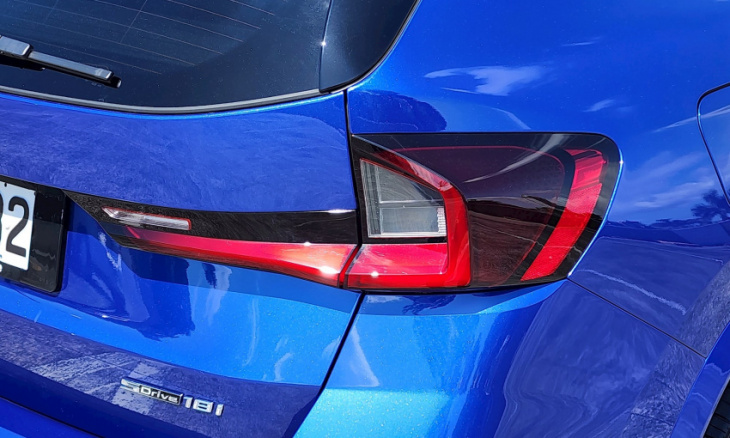 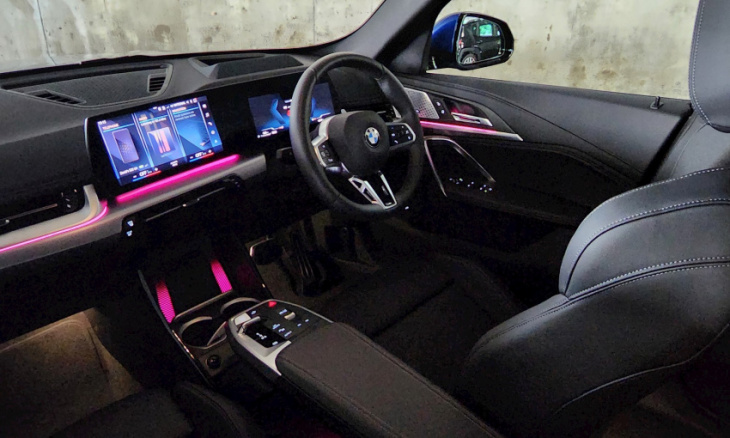 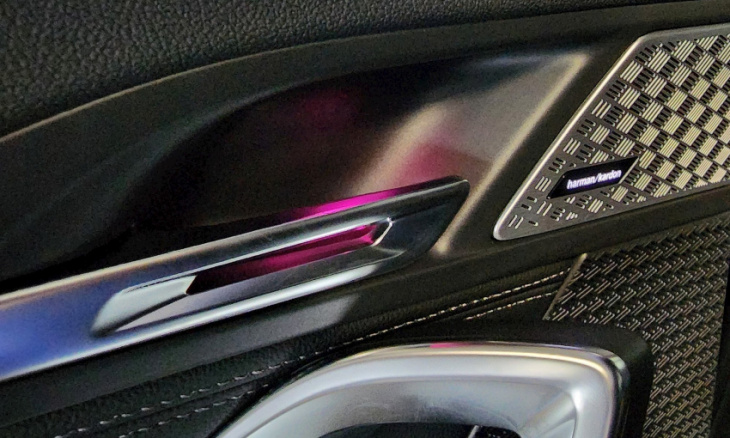 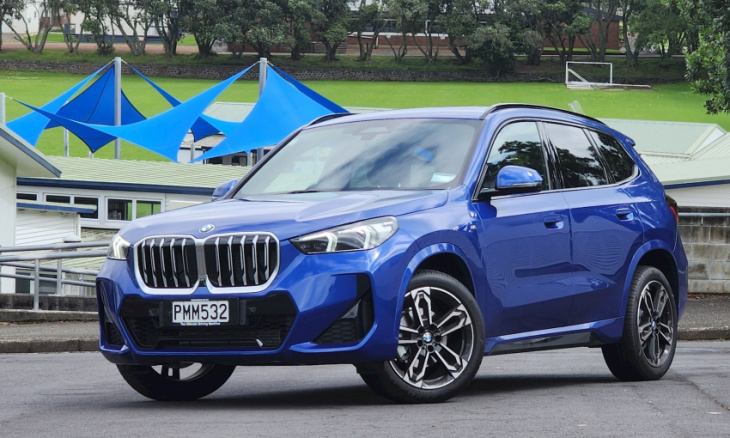 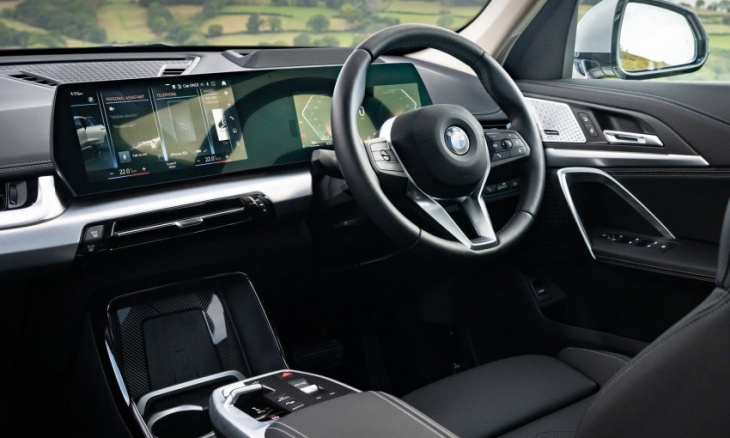 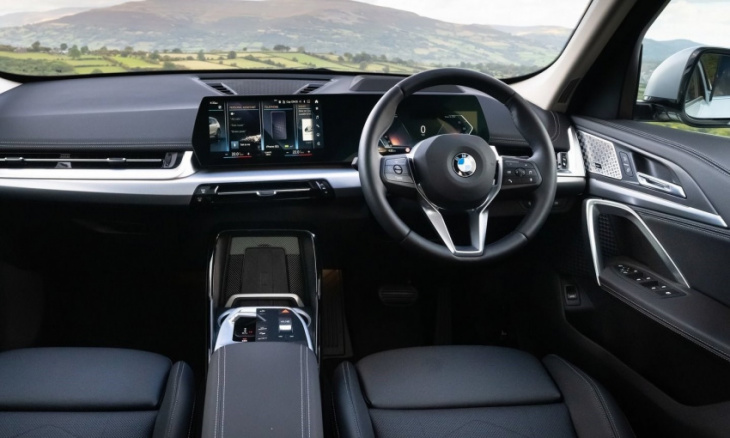 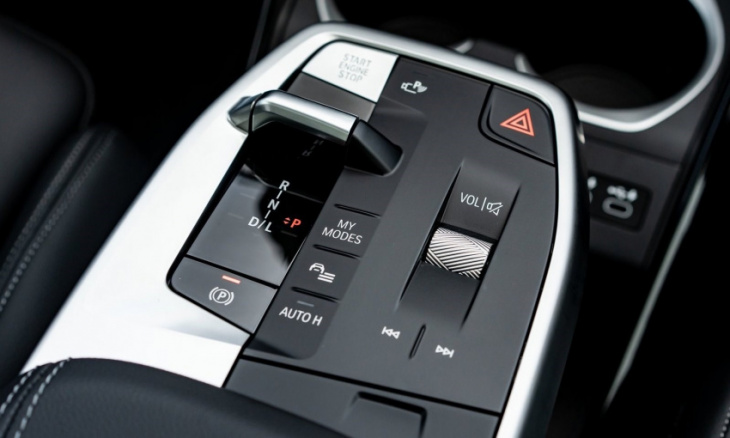 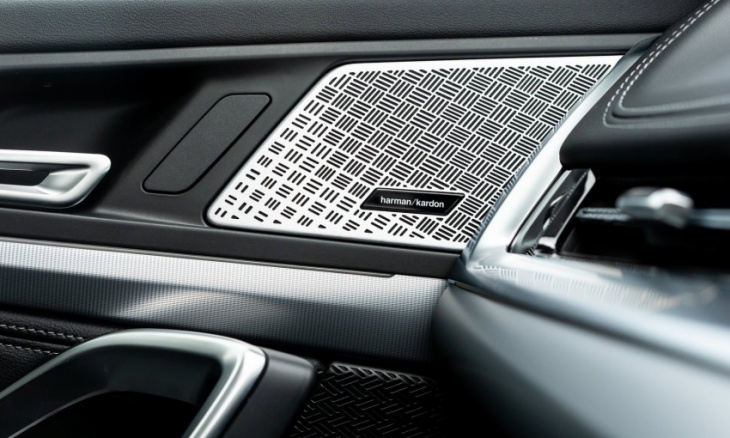 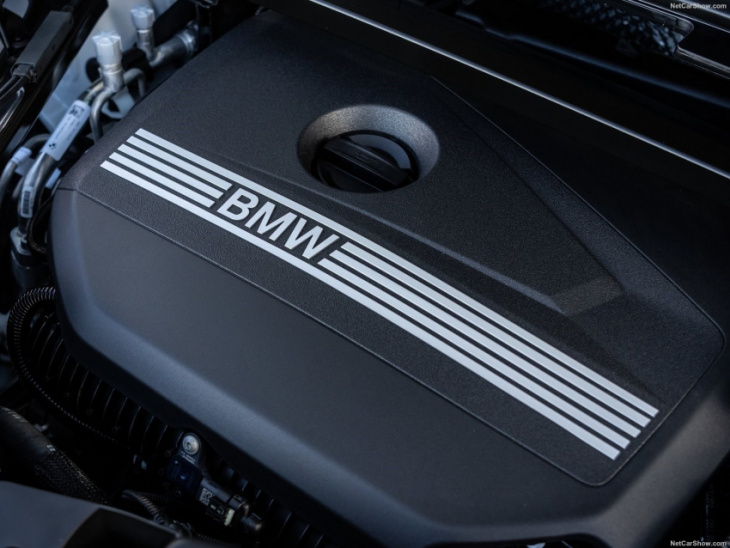 
View more: Minivans Only as Safe as Their Seatbelt Reminders, IIHS Says

Car reviewsBy: CAR magazine Audi and Mini offer their compact five-doors with brawny 2,0-litre engines. Which is the best premium, small hot hatch? It’s a bit of a neglected market niche, the one for small hot hatches. Ford has chosen not to import the Fiesta ST; the Renault Clio ...

Car reviewsBy: CAR magazine As their badges – RS and JCW – would suggest, both the Audi Q3 and Mini Countryman are top-dog crossovers, fitted with bombastic turbopetrol engines and enough model-specific exterior items to trumpet their flamboyant performance-orientated personas. The most notable items distinguishing them from their garden-variety ...

When it comes to seat belt reminders, the 2023 Toyota Sienna sets a high bar for the family-oriented minivan segment

2023 BMW X1: A close look during the Joytown event in Bangalore