BMW’s smallest SUV has been given a thorough going over. The new X1 has sprouted new screens and design inside, a fatter snout outside and a bigger list of things it boasts it can do well at.

But this is one of the fiercest car segments out there, with the X1 having a tonne of rivals that also promise it can do be all the car you ever need. So where does the new BMW fit in?

And you can criticise Mercedes for the same thing with a lot of its cars, too. But the redesign is bigger than you think, even if it takes you a little longer to notice the details. The headlights are angrier, the grille is (naturally) bigger, the trimmings are sharper and the rear lights are angular. 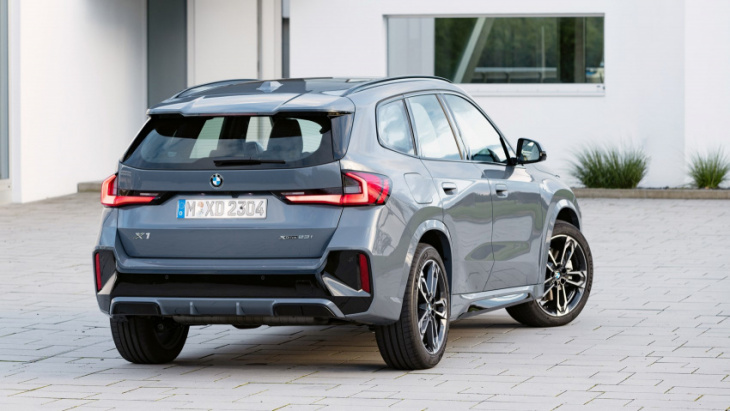 The X1 has also grown in size by quite a chunk, too. It’s 44mm taller, 53mm longer (with a 22mm increase in its wheelbase) and it’s 24mm wider. The boot is also 50 litres larger, making it bigger than a GLA, Audi Q3 and Jaguar E-Pace.

Biggest changes are inside, with an overhauled interior packed with way more technology. Not that you’d notice, as BMW’s designers have hidden most of it away on the curved screen system that’s now becoming commonplace in BMW’s range. It’s also a dashboard design devoid of an iDrive controller. Shock! But let’s remember that the latest 2-series Active Tourer did this first, and the argument is that the cockpit is tall and closer to you for you to just reach over and tap it instead. 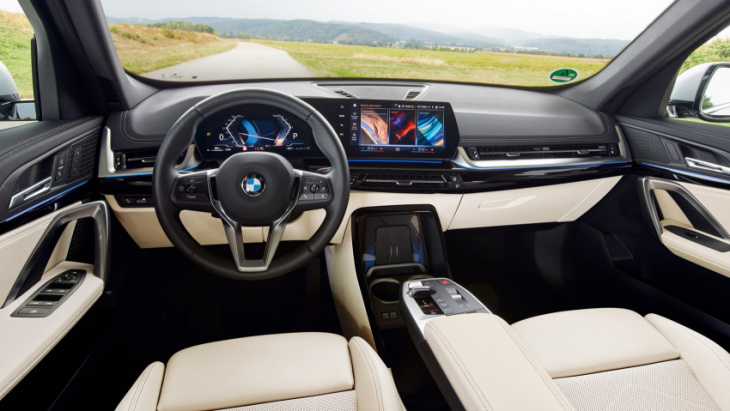 Overall, it’s a pleasant place to be. Materials used are of good quality – nothing feels flimsy in here, and there’s a load of standard equipment. There are three trims in the UK: Sport, xLine and M Sport. Every X1 has LED headlights, a powered tailgate, live navigation via the BMW OS 8.0 system, climate control, reclining rear seats, adaptive cruise and a parking camera.

Fine – so far so good, how does it drive?

We’ve tried two versions of the X1 so far: the sDrive18d xLine and the xDrive23i M Sport. In BMW speak, that’s a rear-wheel drive 148bhp 2.0-litre diesel in mid-spec trim (pictured in green) and an all-wheel drive 201bhp 2.0-litre petrol model in top spec (pictured in grey), sportier trim. There is a 23d option available as well as plug-in hybrid versions that are coming in 2023. There’s also the iX1 electric model which we’ve driven separately here. 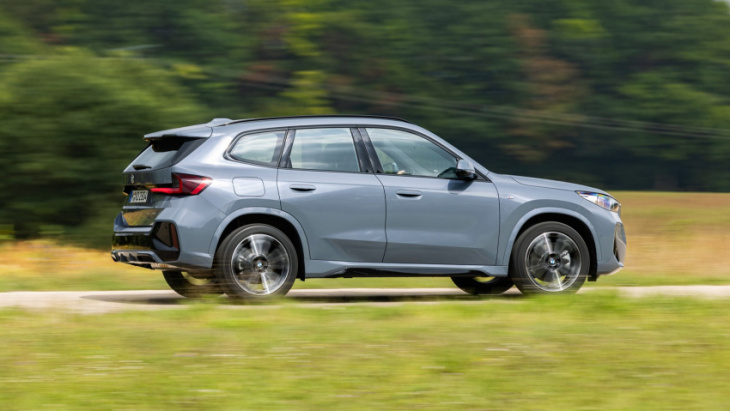 Interestingly, neither of the engines we’ve tried so far particularly bowled us over. The 18d variant is as you’d expect a commendable workhorse of an engine to be; usable amount of torque that spans the more relaxed end of the rev range, and if you push past that well of shove it gets thrashy and coarse. Unlike the 3-series we recently tried, it also seems apparent BMW’s bothered a tad less with soundproofing here. Still, though, it’s likely to be one of the most efficient engines bar the plug-in hybrids, and features mild hybrid tech that switches the engine off to coast.

Then at the other end of the scale is the 23i – arguably the sportiest powerplant you can get that doesn’t require a plug. It’s got quite a drone to it at you accelerate (which BMW tries to augment with its own ‘IconicSounds’ digital growl) but it certainly makes the X1 feel sprightlier this side of the overpowered iX1 EV.

Both engines we’ve tested are quiet at cruising speed, though, and are attached to a smooth eight-speed automatic gearbox; there’s no such thing as a manual X1. As for refinement elsewhere, tyre noise is impressively well-damped even over coarser tarmac, and the only real wind noise comes from a bit of bluster over the door mirrors. 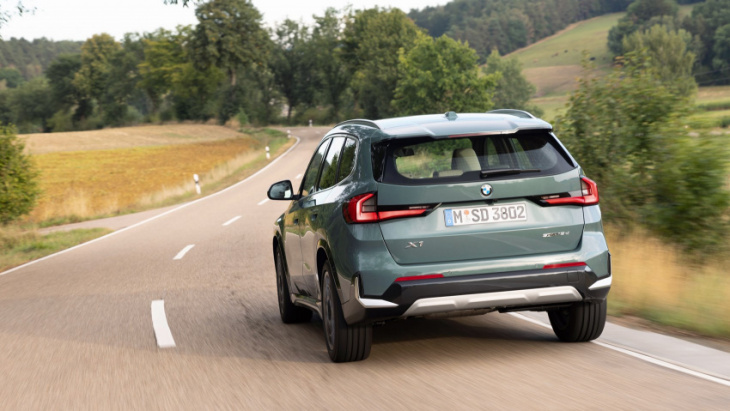 It’s certainly sharper than the GLA and Audi Q3, that’s for sure. The steering is pretty numb but super direct in that very BMW kind of way, giving at least a superficial sense of the X1 being a small(ish) family crossover for those who are after a little handling sparkle.

The slight caveat is that we’ve only driven new models so far with the adaptive suspension option applied. During our test with those cars, body control is impressively well kept regardless of what drive mode you’re in (there is Personal, Sport and Efficient as standard) and the ride quality is impressive. But we need to try ones with standard suspension to really feel the difference.

BMW’s played it safe with its new X1, but managed to still make a premium family crossover worth recommending over some of its closest rivals. While the cost of entry is higher than an Audi Q3 or Mercedes GLA, the X1 offers more kit in a more premium feeling interior, more space and a sharper steer. It’s a well-rounded family car.

Specs are for a BMW X1 sDrive18d xLine