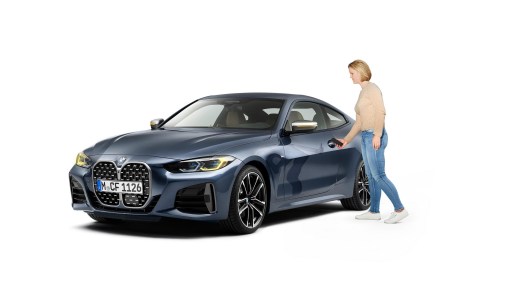 Android is the dominate mobile operating system as it’s used on more than 70% of the world’s smartphones.

However, you’d think Apple is king as a handful of automakers focus on releasing technology for iOS devices first.

BMW and Porsche are some of the most notable examples, and the former didn’t even support Android Auto until last year. That was five years after Android Auto was initially released and it’s absence proved to be an issue with a number of owners.

That trend continues as BMW is just beginning to support digital key technology on a handful of Android devices. Unfortunately, support is extremely limited as the BMW Digital Key can only be used on the Google Pixel 6 and Pixel 6 Pro as well as the Samsung Galaxy S21, S21+, and S21 Ultra.

Sadly, there are even more limitations as Pixel devices are only supported in 12 countries and that drops to just seven for Samsung. While users in France, Germany, Italy, Spain, the United Kingdom, and the United States can use all the aforementioned devices, Samsung phones aren’t supported in markets such as Australia, Canada, and Japan.

That’s disappointing, but this is only the beginning and BMW said they worked closely with Google and Samsung to offer digital key technology on Android devices. The automaker also noted the BMW Digital Key will enable users to lock and unlock their vehicle by holding their smartphone next to the driver’s door handle, and start the vehicle by placing their phone on the wireless charging pad.

Additional features are coming and the next release will allow owners to share their digital key with five other people. More importantly, ultra-wide band support is coming in a future release and this should enable users to unlock their car without ever having to pull their phone out of their pocket or purse.