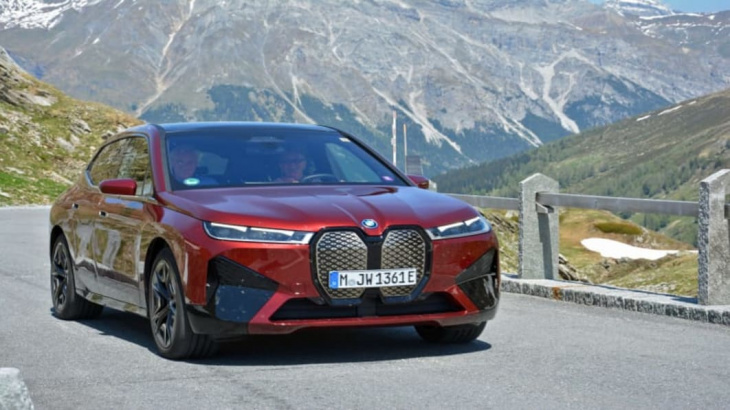 BERLIN — BMW lowered its output forecast and warned of a highly volatile second half on Wednesday, pinpointing supplies of energy in Europe and chips worldwide as the two crucial factors to the carmaker hitting full-year earnings targets.

Demand for electric models was particularly high, finance chief Nicolas Peter added. The premium carmaker was on track to meet its goal of doubling all-electric car sales by year end and expected total sales growth of 5% to 10% in the second half boosted by strong Asian markets, he said.

Tightening sanctions on Russia, interruption of gas supply or the possibility of the war in Ukraine spreading were not factored into its forecast.

“The crucial factor will be how the supply situation develops – not just for semiconductors, but also energy supplies in Europe,” Zipse said.

Daniel Schwarz, analyst at Stifel, called its outlook “rather disappointing” while Berstein Research noted how BMW became the first carmaker to signal caution about demand.

Germany and other European Union members have adopted emergency plans to curb gas use amid fears that Russia could further cut or stop supplying gas to Europe in response to Western sanctions over its invasion of Ukraine.

BMW consumes around 3,500 gigawatt hours of energy annually in Germany and Austria, three-quarters of which comes from natural gas.

The carmaker could replace the around 500 gigawatt hours of electricity produced per year from gas-powered combined heat and power plants by buying electricity from elsewhere, Zipse said. Replacing gas used in manufacturing processes would be more complex.

“Partial compensation is possible … even if it works, it will certainly be expensive. There is no way we will be able to maintain the costs per kilowatt hour,” he added.

BMW struck a more negative note than competitor Mercedes-Benz, which last week raised its earnings outlook for the year after profits and revenues grew in the second quarter despite falling unit sales.

The Munich-based carmaker’s earnings fell 31% in the second quarter to 3.4 billion euros ($3.46 billion) despite growing revenues, still beating a 3.13 billion euro forecast in a Refinitiv poll of eight analysts.

The consolidation of its China joint venture BMW Brilliance Automotive pushed up revenues in the first half but dampened second quarter earnings, BMW said, reporting an automotive margin of 8.2%, down from last year’s 15.8%.

Overall, the reevaluation of the Chinese joint venture shares boosted earnings before tax by 7.7 billion euros in the first half.