Yes, this is real…

In a move which seems to have shocked many, BMW executive Monika Dernai recently told a gathering in London consumers should seriously consider fixing up their old car rather than trading it in for the latest model. We know, that’s such a revolutionary concept of not always having the newest car so you can brag to everyone about being able to afford a ridiculous monthly payment. It’s just that pretty much nobody expected an automaker executive to say such a thing.

Meanwhile, states like Nevada are trying to force older cars off the road. Learn more here.

We live in an odd time when companies which make money off selling new cars are telling people they should hold onto their aging rides longer. However, this is also the day and age where automakers have sustainability managers, which is what Dernai is, so everything is shifting. That’s not to say we don’t advocate for keeping an older ride, because we absolutely do. After all, a good chunk of our focus is on classic cars. But a corporation advocating you don’t buy what it sells seems… off.

At the same time, there are those who think “saving the planet” or whatever they want to call it involves getting all the dirty, old, nasty cars off the road. This is why different states like Nevada have been tightening up classic car registration “loopholes” so more people are basically forced into buying a new or newer vehicle for daily commuting. 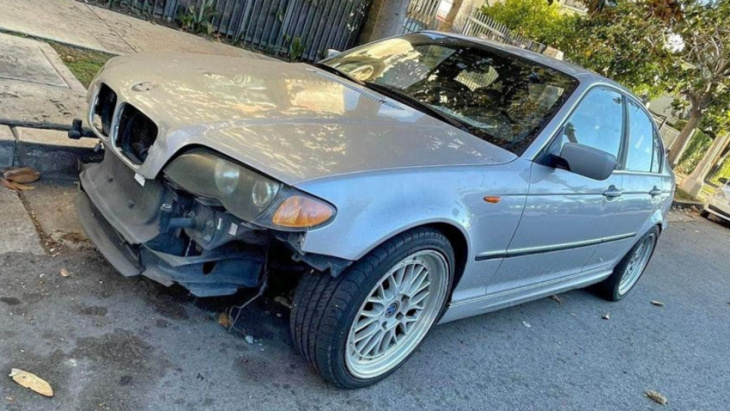 Among the comments Dernai made was that the automotive industry needs “to design cars so that the seat can be removed and a fresh seat can be moved in – then it’s a used car that looks like a new car.” Isn’t it amazing how she was the first person to ever think of such a thing!

Dernai made these comments at a panel discussion on creating a circular economy, so she was definitely on theme. She even went so far as to burst the bubble that public transportation won’t be the solution of the future, so sustainability gurus need to give up on that push. Incredible.

BMW has premiered the all-new F80 M3 CS, which is even more potent than the BMW M3 competition, and is the most powerful M3 that BMW has ever produced. The super saloon will only be produced in a 1,000-unit global run by the Bavarian automaker, with production set to start ...

Once owned by the likes of Elvis Presley and John Surtees, the BMW 507 is not only one of the most beautiful cars of the 1950s, it’s also one of the most highly coveted and collectable BMWs of all time. With a curvaceous all-aluminium body and a sonorous V8 ...


View more: Go on the ultimate road trip for four in this pair of BMW 507 Roadsters