This new battery technology will debut in the firm’s Neue Klasse models the first of which will arrive in 2025. 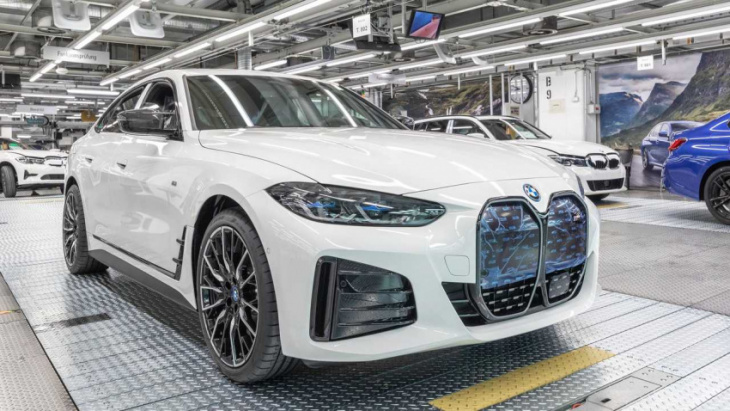 With the launch of its Neue Klasse platform and series of electric models, BMW will also introduce its Gen 6 battery technology, which brings significant improvements in all areas that matter. The manufacturer is touting 30 percent improved range, 50 percent reduction of production cost and 60 percent reduction in carbon emissions, as well as an integration of the battery pack as a part of the car’s structure.

Automotive News quotes Simon Erhard, one of the lead engineers behind Gen 6 battery tech development at BMW Group, who said that “energy density is much higher than before. You can put more cells into the battery pack.” He also explained that “with Gen 6, we’re integrating cylindrical battery cells straight into the vehicle.”

Interestingly, even with BMW’s engineering prowess, the fact that the manufacturer has not previously integrated a battery pack into an EV’s structure seemed evident (as did the fact that work on this was still ongoing) when Erhard noted that “the main challenge is to achieve the right compromise between stiffness and flexibility. The most integrated [design] would be where the vehicle floor is the upper part of the battery pack.”

Erhard also said that even though BMW will continue to use lithium ion battery technology for the foreseeable future, the automaker is already looking at alternatives, including solid state batteries. He revealed that “from an energy density point of view, we’re facing the [limits] of lithium ion cell chemistry in industrialized applications.”

BMW recently announced its commitment to invest over €2-billion and build an extension to its Debrecen, Hungary factory where it wants to make battery packs for upcoming Neue Klasse electric vehicles. The manufacturer calls this the iFactory and touts it as being the most advanced such facility anywhere in the world; it will become operational towards the end of 2025 and create 500 new jobs.

The plant will stretch over 140,000 m² (1,506,947 sq. ft.) and the plan is for battery production to come online at the same time as vehicle production. Neue Klasse EVs will first begin to roll out of the Debrecen factory in late 2025, but BMW will also start manufacturing of vehicles on this new architecture at its Munich plant starting in 2026.

The actual battery cells won’t be manufactured locally and will be sourced from Nissan-owned Envision Automotive Energy Supply Corporation (AESC), located in the US, in South Carolina. It will be able to supply enough cells for 300,000 EVs every year, although according to a previous report, it won’t be the only supplier.

SUV and crossover models won’t be assembled in Europe either – they will come from BMW’s Spartanburg manufacturing facility where the automaker plans to build six different models by 2030 after planned investments of $1.7-billion. Of this, $700-million will go towards the creation of a local battery manufacturing facility.