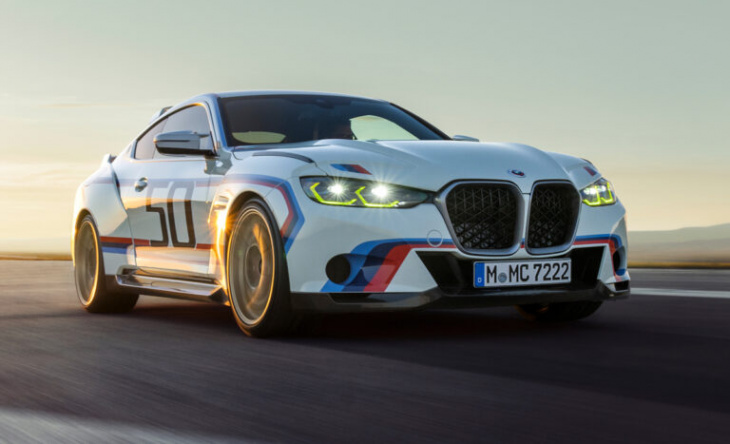 Closing off the M department’s 50th anniversary year, BMW has revealed the “most exclusive special model” it has ever produced.

The new CSL signifies the rebirth of the original 1970s model, which took home the European Touring Car Championship five times in a row from 1975 to 1979.

Only 50 units of the special edition will be made each one numbered sequentially, solidifying its place as one of the rarest vehicles this manufacturer has ever developed. 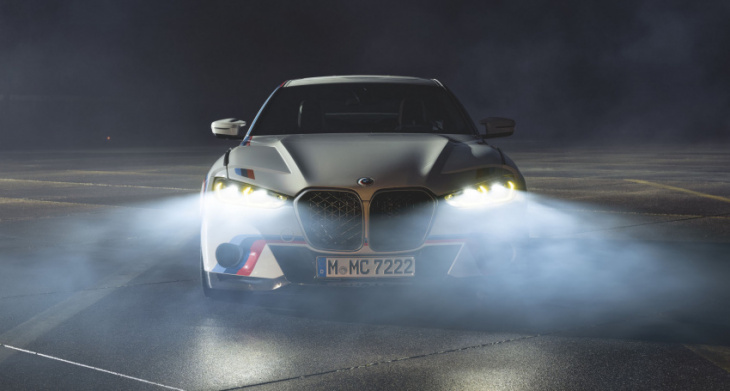 Each unit of the new 3.0 CSL will spend 10 days in the factory undergoing an elaborate manufacturing process. Many parts are put together by hand and the vehicle, therefore, takes much longer to produce than your average 3 Series.

The CSL – this being short for Coupe, Sport, Lightweight – boasts a sleek body that was designed solely by the M department. Nearly the entire shell is made with carbon fibre-reinforced plastic (CFRP), whereas the roof, bonnet, boot lid, and front and rear aprons are produced strictly from carbon.

The wheels, measuring 20 inches at the front and 21 at the back, are produced using lightweight alloys, and these are wrapped in specially-developed Michelin tyres with the number 50 embossed on the sidewalls.

Sporting exceptionally-wide wheel arches, a front spoiler, air fins on the bonnet, intake recesses in the front bumper, a roof spoiler, a carbon rear diffuser, and a rear wing that optimises grip at the tail, the new CSL is a true reincarnation of the original in more than just name.

The lattice-shaped kidney grille inserts also serve to emphasise its exclusivity, as do the satin aluminium grille and window surrounds.

No fewer than 200 hours were spent on optimising airflow around the shell, including 50 hours in BMW’s wind tunnels. 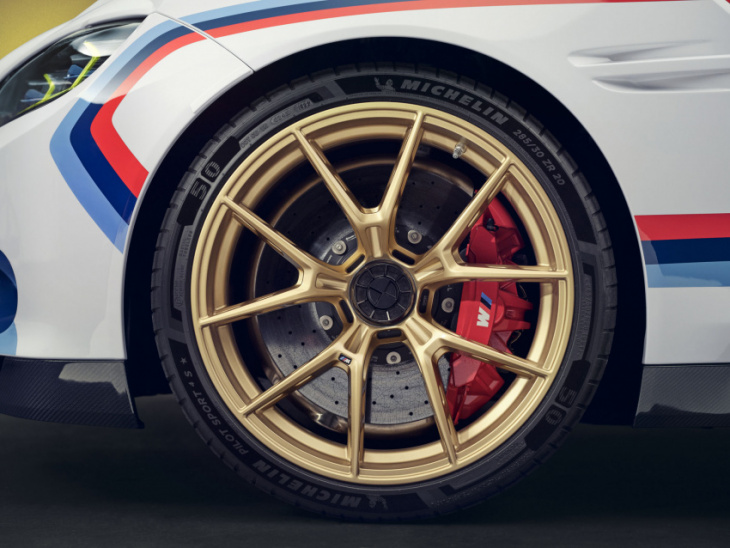 Drawing inspiration from the brand’s GT cars, the CSL then receives BMW Laser Light headlights that shine in yellow upon entry as well as when the brights are illuminated.

Continuing to the rear, the taillights combine filigree laser light threads in a fascinating pattern, and four tailpipes featuring particularly lightweight titanium silencers are stacked in an arrow shape in the centre of the apron.

Even the paint process was meticulously thought out to ensure an emotional design and flawless craftsmanship.

The base coat is Alpine White, which is complemented by the M department’s signature blue, purple, and red colour livery that highlights the body’s contours.

“Both the base colour and the M stripes, known in technical jargon as livery, are applied largely by hand, involving an extremely high level of time and effort,” said BMW.

A total of 22 parts are painted individually before being installed onto the frame, whereas certain areas must be kept completely free of any paint to allow the underlying CFRP to shine through – particularly on the lettering on the roof and rear wing.

Each vehicle undergoes 134 “paint processes” resulting in a grand total of 6,700 “manual work sequences” in the paint shop alone for the entire small-production series. The puristic cockpit of the new CSL puts full attention on the driver with carbon bucket seats and the omission of rear seats in favour of integrated helmet storage compartments.

The matte CFRP components, of which there are many, are produced by hand and moulded by bodywork specialists, and reduced acoustic insulation contributes to an extremely sporty atmosphere.

Over and above this, the sports car brings black Alcantara seat surfaces, an M Alcantara steering wheel, M seatbelts, white contrasting elements, a red Start/Stop button, and model lettering which is embossed into both the door sill trims and the seat surfaces.

Reinforcing its track-oriented personality is the fact that the seat height and inclination can only be adjusted by a three-stage screw linkage, which must be done in a workshop. 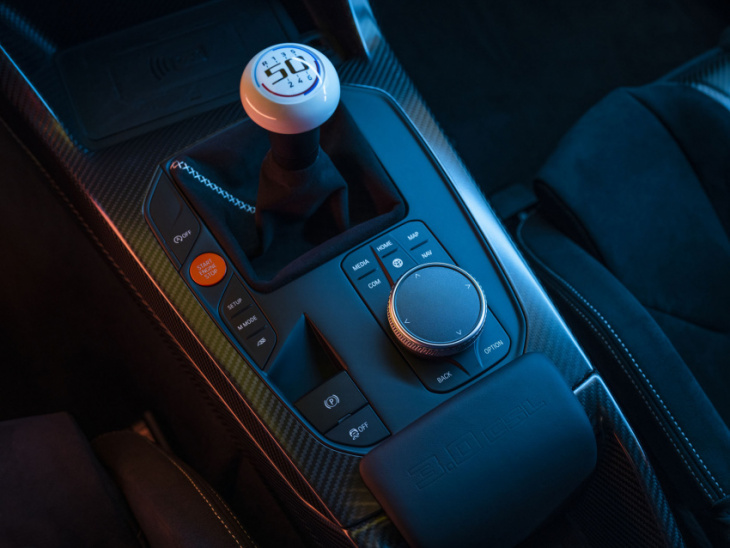 The new 3.0 CSL is equipped with the most powerful six-cylinder engine ever put into a road-legal M car, carrying on the tradition of its predecessor.

The high-revving 3.0-litre unit is motivated by two turbochargers and generates a total of 412kW and 550Nm.

Befitting its traditionalist nature, the sports car directs power to the rear wheels only via a six-speed manual shifter with a heritage-inspired white gear knob bearing the number “50” on top.

The M traction control system with ten levels of wheel slip limitation is fitted, too, and rounding off the package are carbon ceramic brake discs measuring 400×38 millimetres at the front and 380×28 millimetres at the back for outstanding deceleration abilities.

Unfortunately, the 3.0 CSL will not be made available in South Africa, BMW confirmed. 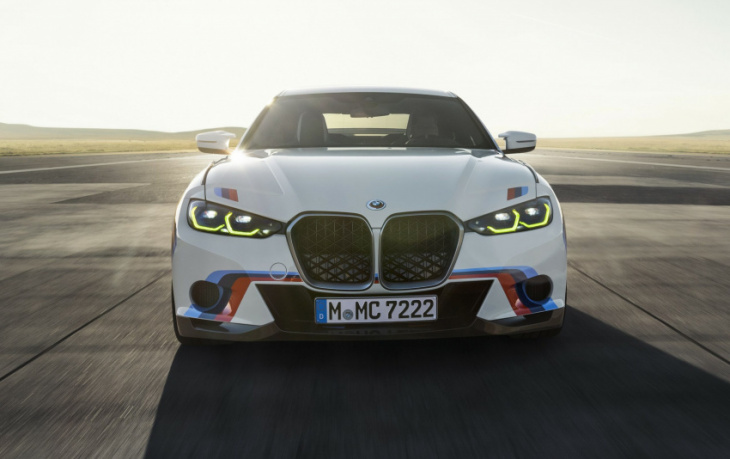 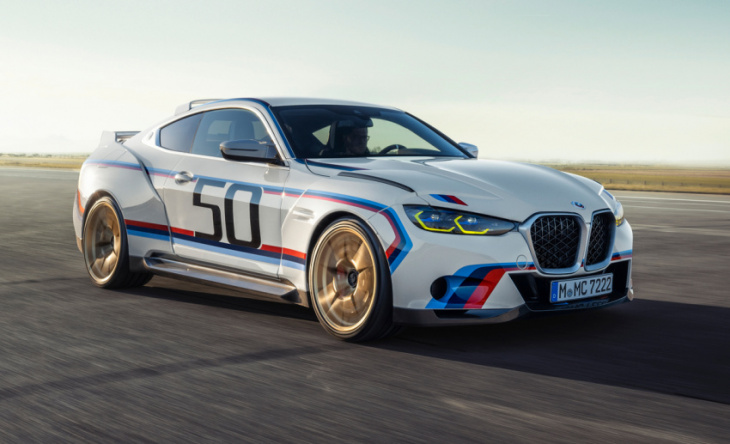 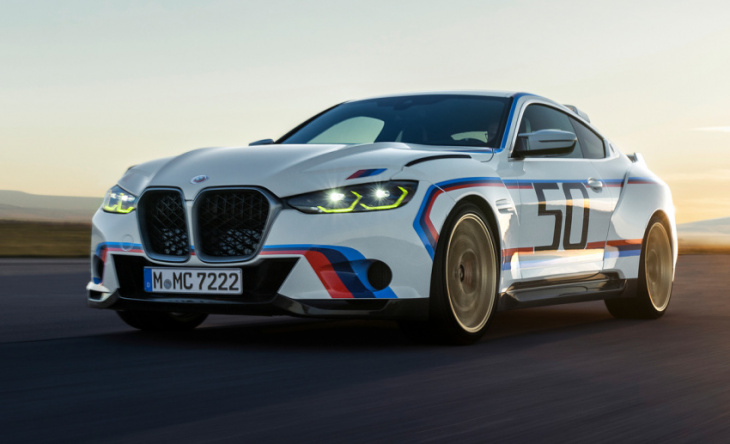 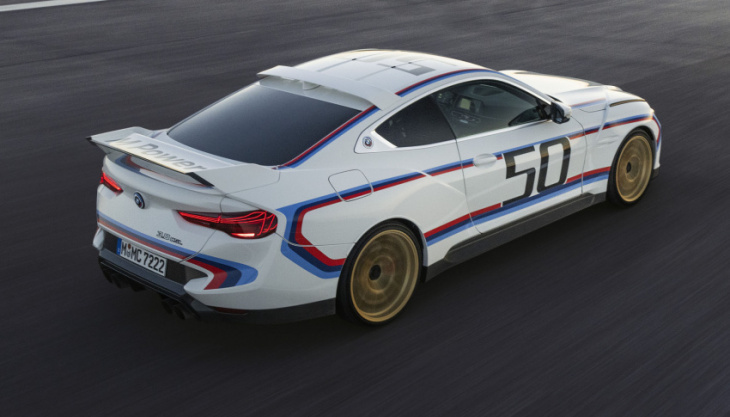 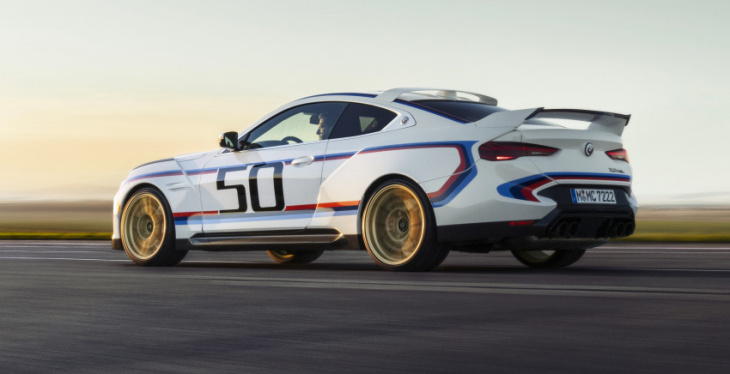 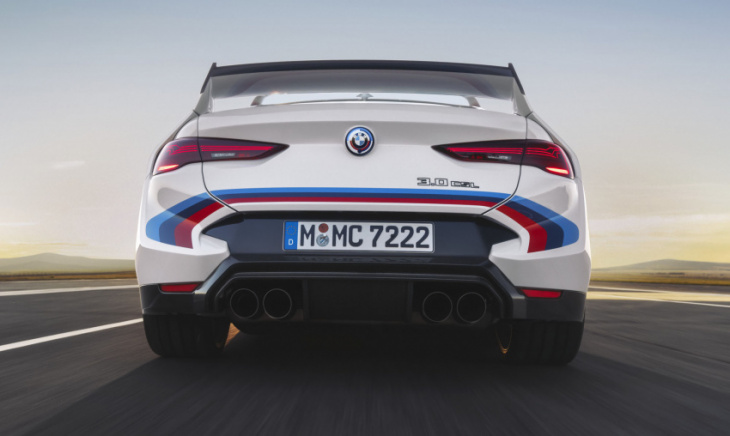 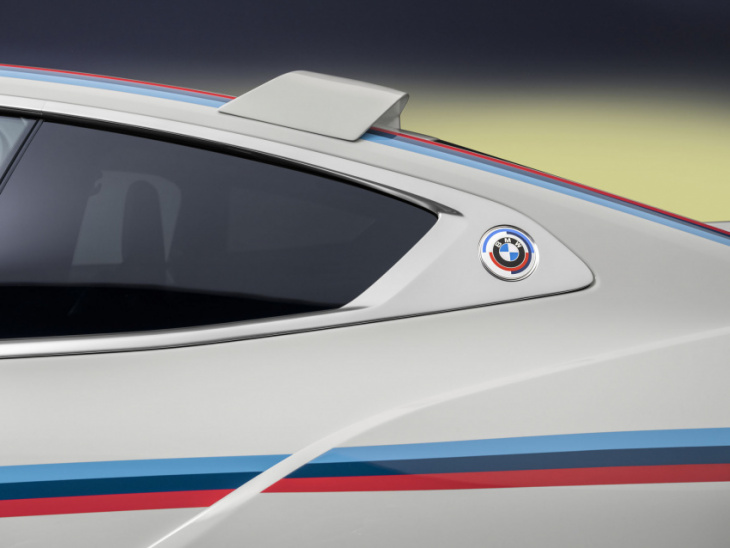 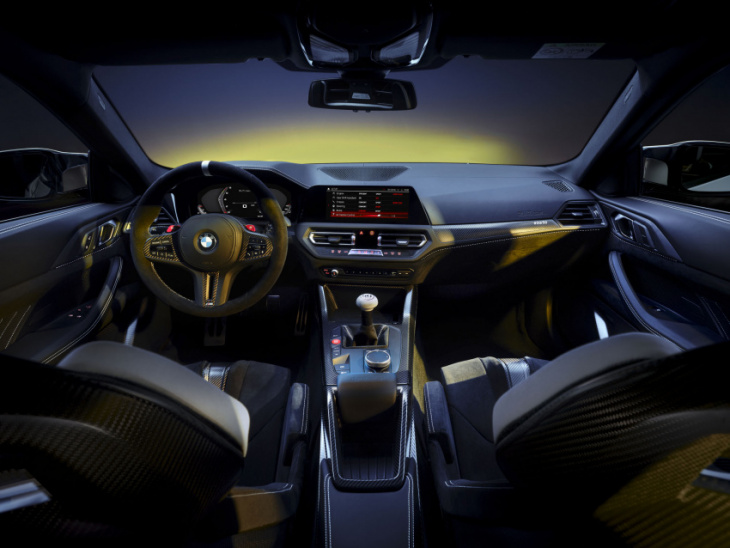 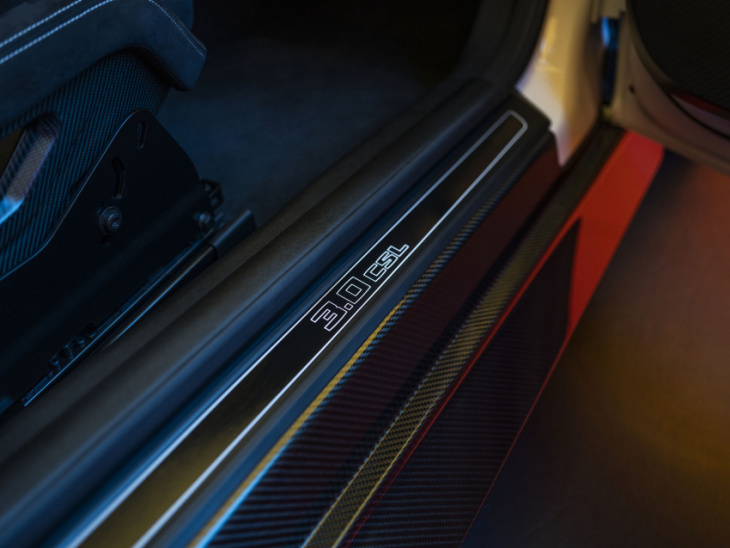 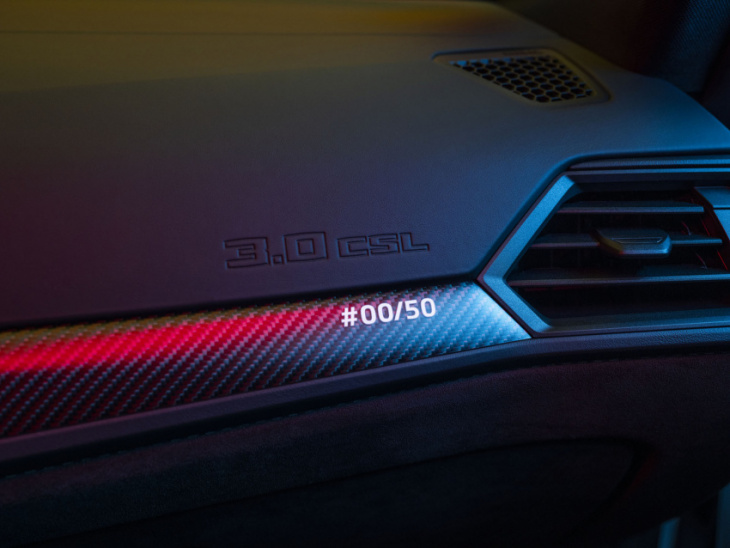 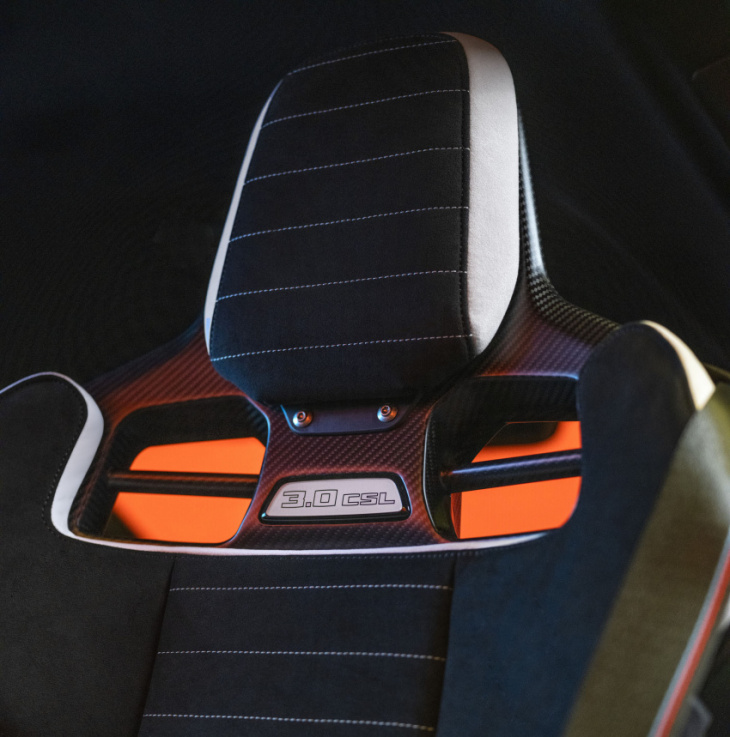 BMW has revealed a modern take on its legendary 3.0 CSL. The new version is based on the 4-Series platform and combines BMW’s most powerful production inline-6 with rear-wheel drive and a 6-speed manual transmission. Ferrari is the latest automaker to reveal a Vision Gran Turismo concept. Ferrari’s design ...

But it's going to be tough to get your hands on one.


View more: BMW Revived the 3.0 CSL With a Stick Shift and Crazy Power

BMW M turned 50 this year and decided to celebrate by reviving one of its most legendary models: the 3.0 CSL. Revealed last week, the new 3.0 CSL is a modern take on the homologation special launched by BMW M in 1972, and considered to be the BMW motorsports ...

Only 50 will be made, and you probably can’t buy one

Exterior – At least you can’t see it while driving Interior – The dawn of a new era from BMW Driving Experience – Calibrated to perfection Ride Comfort – Can’t escape physics Energy Consumption In the ever pursuit of efficiency, the driving experience in modern cars have become more ...

A business model based around keeping cars relevant for longer has been suggested by a BMW boss. BMW’s sustainability boss said she thinks selling fewer new cars, and instead prolonging the lifespan of existing cars, is a path that should be explored by car companies for a more sustainable ...