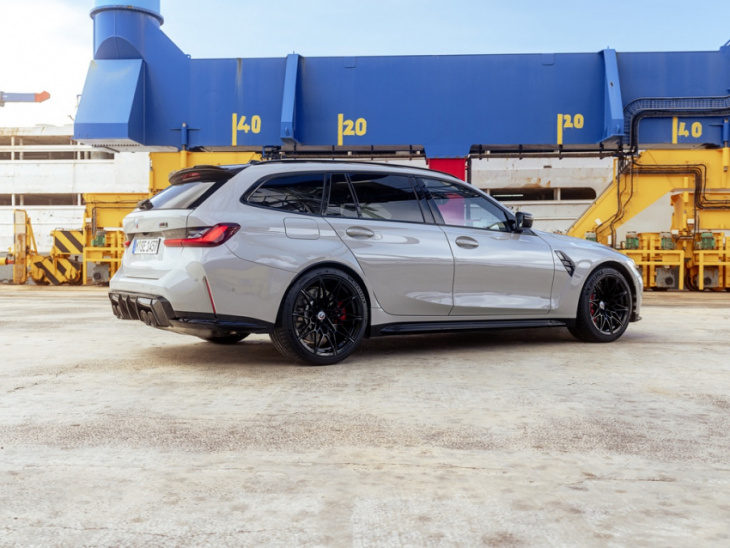 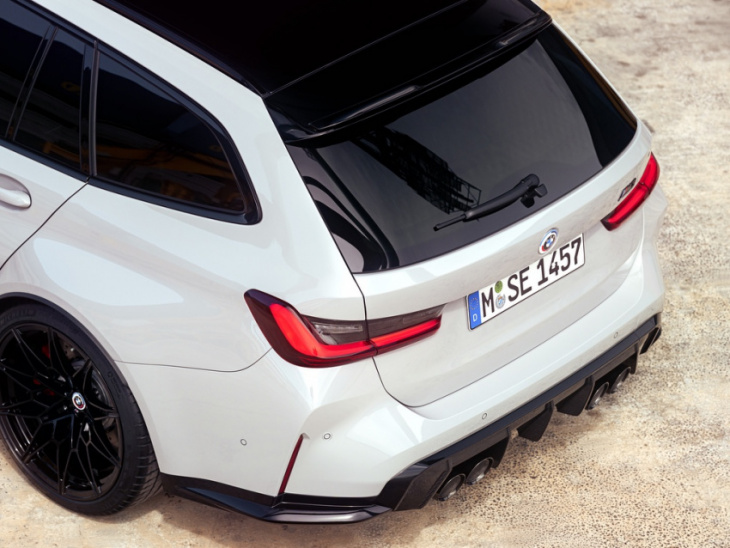 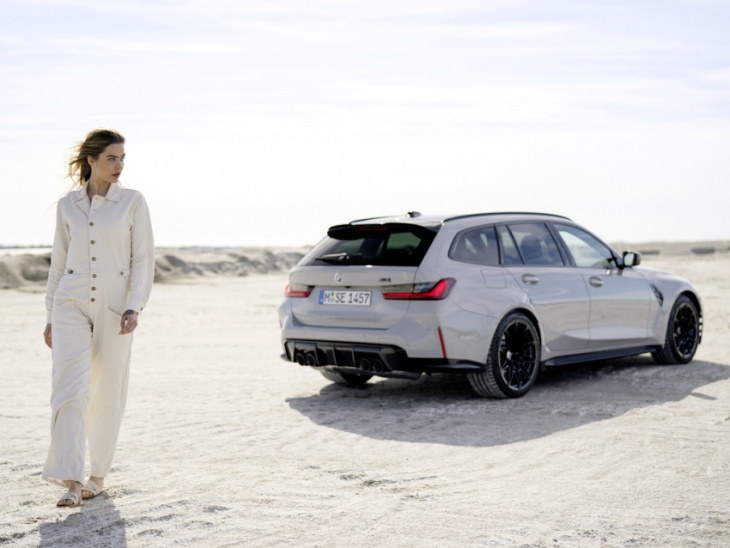 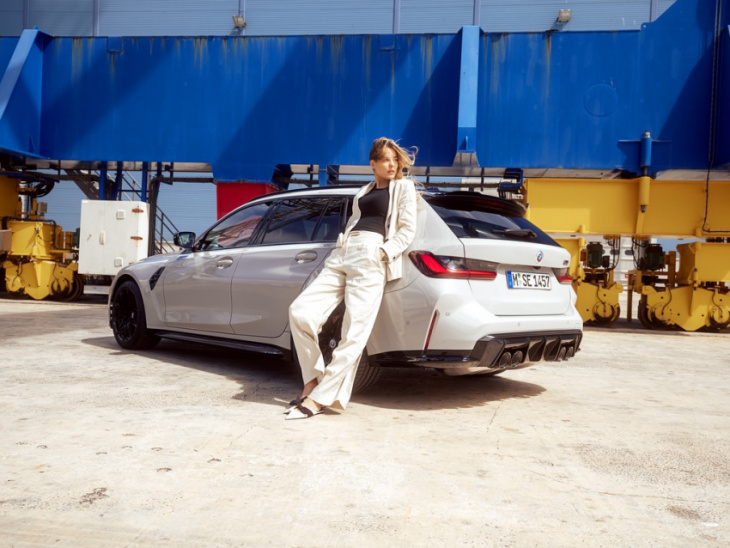 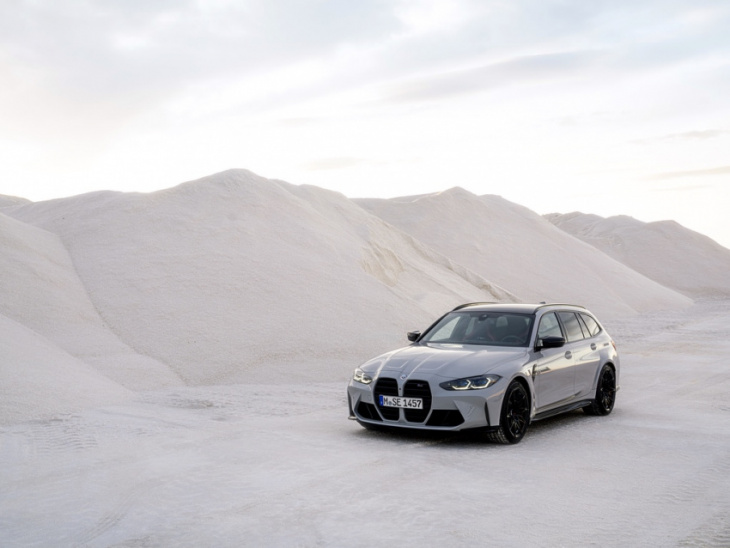 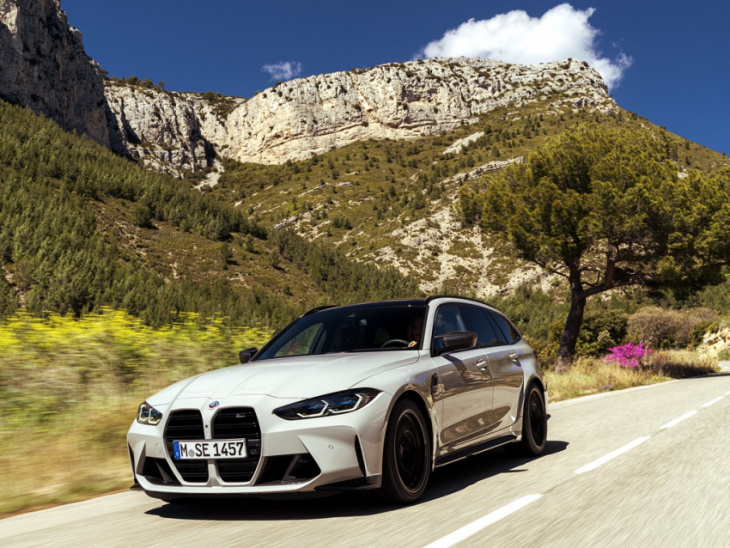 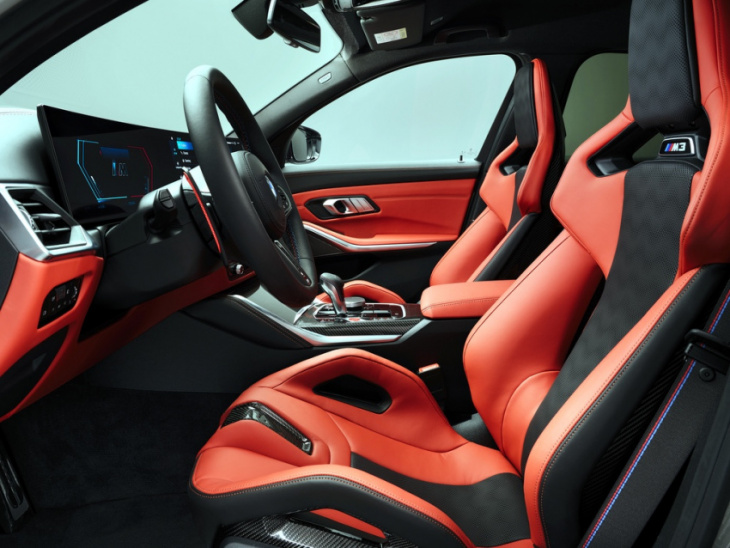 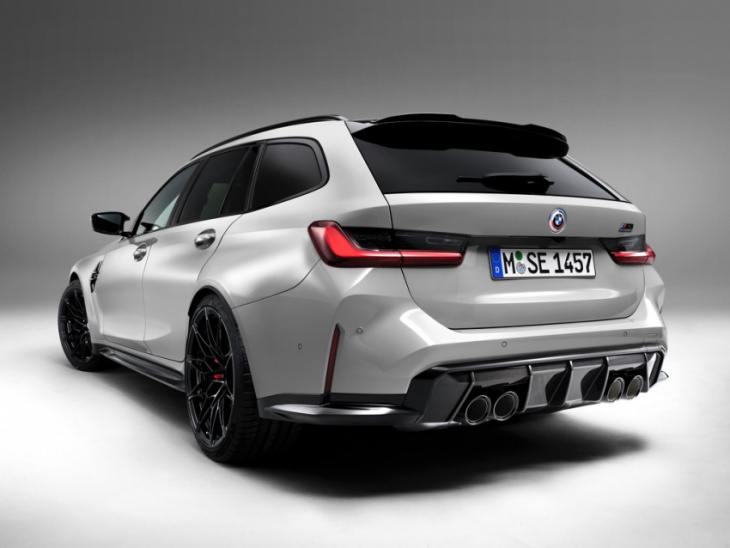 DEBUTED at Goodwood Festival of Speed earlier this year, the first-ever M3 Touring is now destined for Australia and BMW has released pricing and local specification details.

The performance treats keep coming as BMW celebrates 50 years of ‘M’ this year, from the track special M4 CSL to the all-electric iX M60, and now, the M3 Touring.

Priced from $177,500 plus on-road costs, BMW Australia has confirmed the M3 Touring is due Down Under early 2023 for customers wanting a little more practicality out of their M car.

Under its wagon skin, the Touring is powered by the same 3.0-litre twin-turbocharged in-line six found in M3 and M4 Competition models, producing 375kW/650Nm.

Despite no manual or rear-wheel drive option, the rear-biased M xDrive system will send most of the grunt up back in 2WD mode, which allows the driver to adjust the intervention thresholds for wheel slip limitation.

The chassis has been tuned extensively for the Touring, too, with the goal of achieving a balance of performance and smooth ride comfort for longer journeys.

BMW says the M3 Touring chassis development program included testing at the Group’s Miramas facility in the south of France, the winter testing centre in Sweden, a range of public road types, and of course the Nürburgring Nordschleife circuit in Germany.

Various chassis changes resulted from the testing, including added stiffening struts on the underbody of the rear axle, new spring, damper and antiroll bar setup front and back, and other Touring-specific tuning across suspension, steering, stability control and ABS systems.

The Touring sits on 19-inch front and 20-inch rear M forged alloy wheels with a range of standard options available.

The cabin gets the latest 12.3-inch digital dash and ‘BMW Curved Display’ 14.9-inch infotainment display, which is angled towards the driver.

The Touring also scores Merino leather M Sport seats as standard, with electronic adjustment and memory function, which are actually 9.6kg lighter than standard M Sport seats thanks to the use of carbon fibre reinforced plastic (CFRP).

Wagon practicality comes courtesy of three full-size rear seats, and the rear-seat backrest can be split in a 40:20:40 arrangement.

Individual seat sections, or the entire row, can be folded down, increasing cargo capacity from 500 litres right up to a roadtrip-ready 1510 litres.

Australia remains a key market for the German car-maker’s performance arm, with one in five BMWs registered here adorning an M badge. The Touring is in with a good chance, too, with more than 600 new M3 models registered locally over the past year alone. 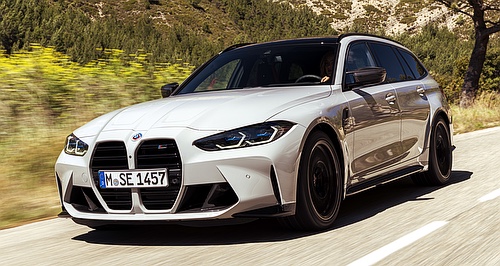