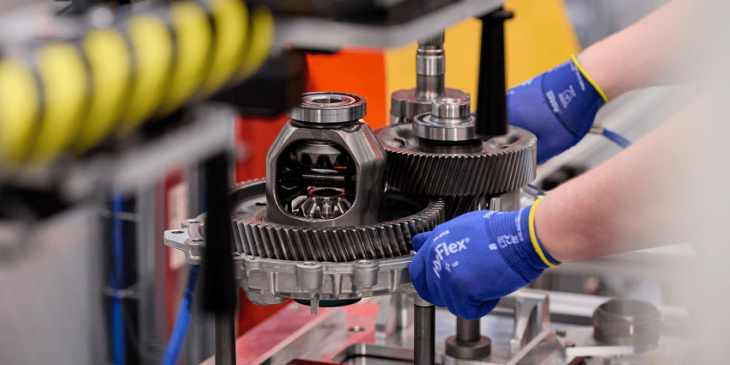 BMW has launched preparations to produce the next generation of electric drive systems at its engine plant in Steyr from 2025. In concrete terms, BMW has begun to set the course in terms of personnel and organisation. Meanwhile in the USA, the plug-in hybrid SUV BMW XM is now rolling off the production line.

Against this background, the previous plant manager in Steyr, Upper Austria, Alexander Susanek, has been responsible for the BMW Group’s worldwide engine and electric drive production at the Steyr, Dingolfing, Munich and British Hams Hall locations since 1 November. Klaus von Moltke took over as plant manager at the Steyr site on 1 November. In principle, BMW had already appointed a separate department in Steyr on 1 August for the development of electric drive production. Helmut Hochsteiner, previously head of mechanical production, is responsible for the plant integration of electric drives in the committee.

In detail, BMW wants to manufacture the rotor, stator, gearbox, inverter and housing for the sixth generation of its electric drives in Upper Austria – and then also assemble them on two new assembly lines. The housing for the current fifth generation, which will be used in all new electric BMWs since the iX3 in 2020, already comes from Steyr. The assembly of the components manufactured in Steyr will then take place in the recently expanded electric drive production in Dingolfing.

In future, more than 600,000 electric drives are to be produced per year at the Steyr plant – in parallel to the more than 500,000 electric drives from Dingolfing. For these tasks, existing production areas in Steyr will be converted as well as new areas created: A two-storey production hall will provide space for two lines for assembling the electric drive systems, including gearbox assembly. The new building will also be used for the production of power electronics. A second new building will expand the logistics areas. The production area will be expanded by a total of around 60,000 square metres. BMW had already announced this in the summer.

In addition to building planning, the newly established department for the development of electric drive production in Steyr is currently primarily concerned with the design of the required production systems. “The project team is also dedicated to the expansion of logistics and IT systems, the planning of quality processes and the development of personnel and competences. Cross-location cooperation within the BMW Group as well as with suppliers is particularly important,” says Helmut Hochsteiner. “Our team is working at full speed and everything is going according to plan in order to be able to start pre-series production of the drives in 2024.”

Meanwhile, the US plant in Spartanburg has announced the completion of production of the XM at the BMW production facility in the eastern United States. The production version of the plug-in hybrid SUV, which was presented as a concept a year ago, is now rolling off the production line in Spartanburg and will reach dealers worldwide in spring 2023. Key sales markets will be the USA, China and the Middle East. The BMW XM will be available exclusively only as an M and exclusively as a plug-in hybrid.

“We are excited to add the first-ever BMW XM to our plant’s portfolio,” said Dr. Robert Engelhorn, president and CEO of BMW Manufacturing. “The modern, future-oriented design and powerful performance of the BMW XM has generated a lot of enthusiasm. As the center of competence for X models, BMW Plant Spartanburg is prepared to build this vehicle with the highest premium quality that our customers deserve.”

The XM is produced in Spartanburg on an assembly line with the X5, X6 and X7. It is based on BMW’s CLAR platform and comes with a system output of 480 kW and a system torque of 800 Nm. These are slightly lower values than those of the study about a year ago. The PHEV drive in the production XM combines a V8 with a 145 kW electric motor. BMW specifies the battery capacity at 25.7 kWh, the AC charging power at 7.4 kW. The purely electric range is said to be 82 to 88 kilometres.