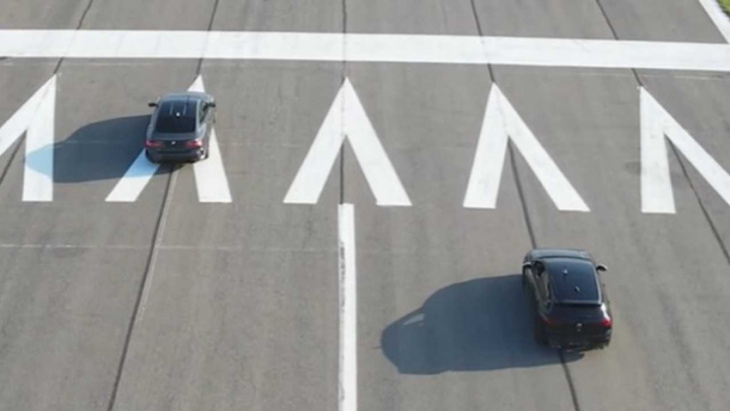 The automotive industry is slowly moving towards power sources that are an alternative to the good old combustion engine. The ICE, however, is not dead yet and still has at least until the end of the decade to prove it’s an integral part of the entire industry. For many of you, a combustion engine most likely means a gasoline engine – and that’s perfectly understandable since this is the dominant type of engine in North America. In Europe, however, the diesel engine still plays a role in the market, especially in countries like Germany, France, and Italy.

There’s no better way to prove the qualities of the diesel engine than this new video from Federico Leo on YouTube. The seven-minute clip features two awesome vehicles, belonging to very different segments. Both are fast but the power comes from different setups. Let’s see the numbers.

The diesel contender comes in the form of a BMW M440d, a luxury sports coupe equipped with a 3.0-liter compression ignition mill. The B57 inline-six twin-turbocharged powertrain under the hood generates 335 horsepower (250 kilowatts) and 516 pound-feet (700 Newton-meters) of torque with the peak twist available between 1,750 and 2,250 rpm. The power reaches all four wheels through an eight-speed torque converter automatic and BMW’s xDrive system.

Against it is a pure hot hatch – a Volkswagen Golf R with its 2.0-liter turbocharged engine. This four-cylinder mill is good for 315 hp (235 kW) and 310 lb-ft (420 Nm) of torque. The model is available with either a six-speed manual or a seven-speed dual-clutch transmission and this particular example has the latter. Just like the BMW, the power is channeled to both axles.

As you can see, these are two very different machines. The BMW is obviously heavier but more powerful and torquey. Is that enough for Munich to take a win over its hot hatch rival from Wolfsburg? The answer is in the video at the top of this page.

BMW M4 CSL in the works?