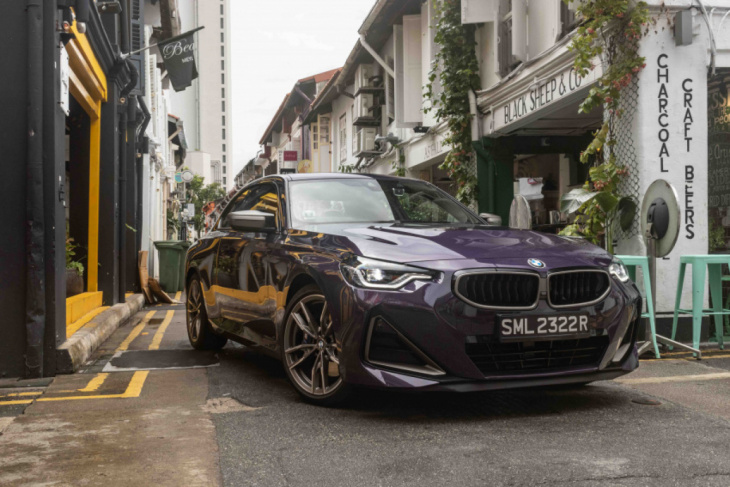 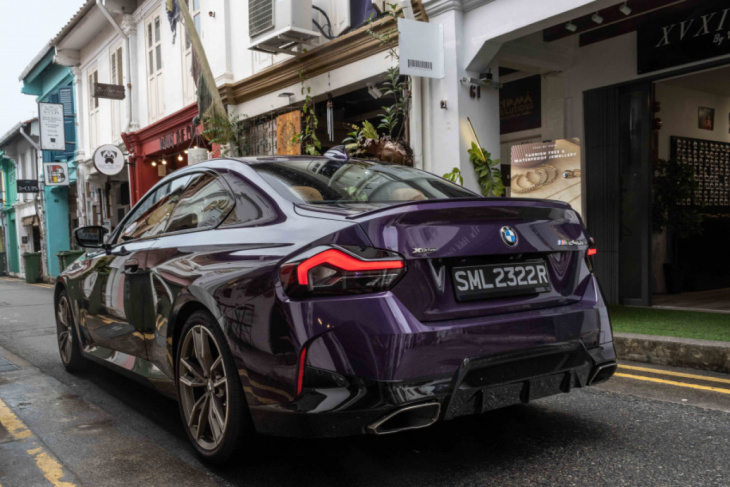 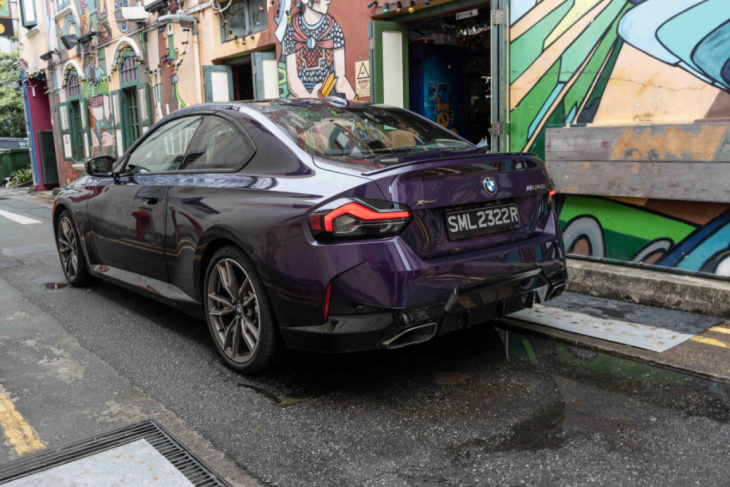 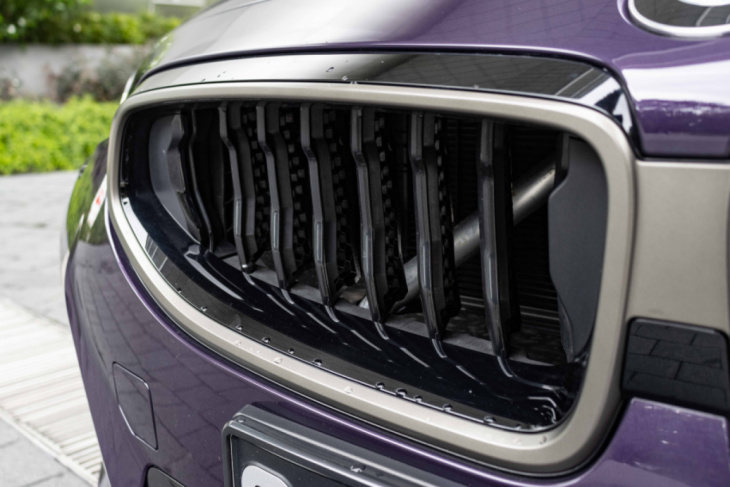 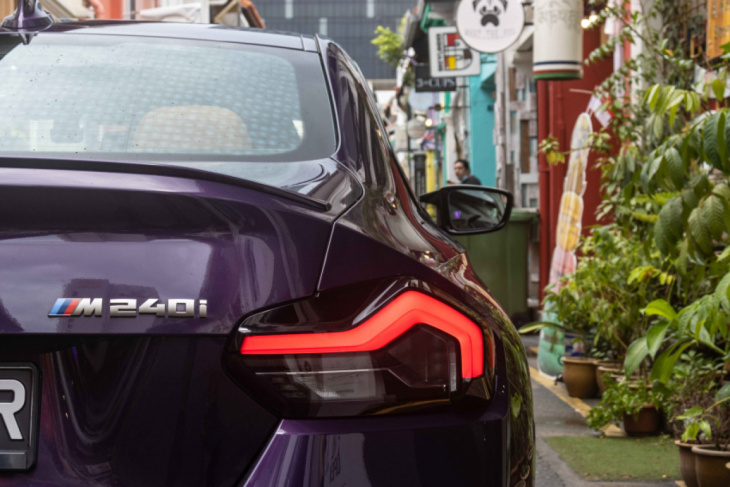 Singapore – “Hey BMW! Tell me a joke!” I simply had to do one of these when I got into BMW’s smallest coupe, their 2 Series; or more accurately, the M240i xDrive. The last time I got behind the wheel of this Thundernight Metallic coupe was almost a year ago. That was when I had the golden opportunity to give it a shakedown along the Jochstraße, in Bad Hindelang, literal minutes from the Austrian border.

BMW’s 2 Series range is probably the most confusing of the lot. There are two primarily front-driven body styles, a four-door Gran Coupe, and the Active Tourer small MPV.

But the coupe we have here, is the halo car of the 2 Series range (that is until the M2 appears). So even with the 1 Series going on to be a front-drive based car, we appreciate that BMW, thinking with their heart, decided that it was worth building the Coupe, upon the primary rear-drive CLAR architecture.

For now, Singapore will have two variants, the 220i, with a straight-four and RWD, and the M240i here, which is powered by a signature inline-6 and xDrive. Elsewhere, there is entry-level power in the form of a 218i, but unlike the coupe it replaces which used a 3-cyl, this one uses the same four-cyl found in the 318i… meaning an engine which is definitely smoother and has more depth.

I like that the 2 Coupe has gone its own way, dissimilar in its design language, when compared to the polarising three-variant 4 Series. But having said that, it does have its very own polarising tail light styling. 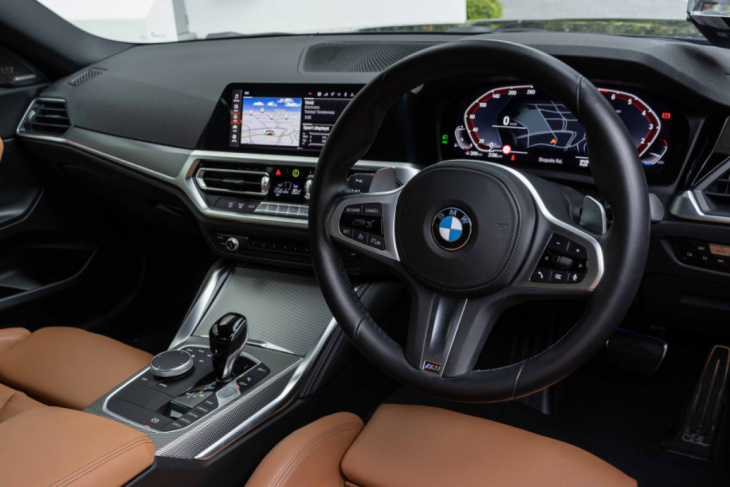 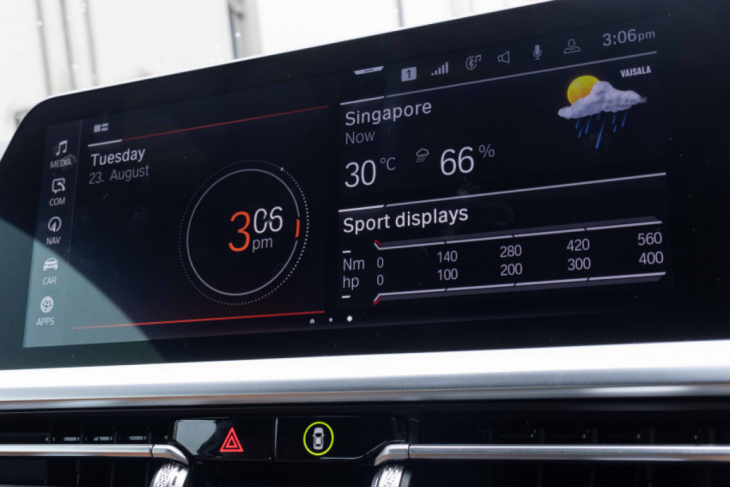 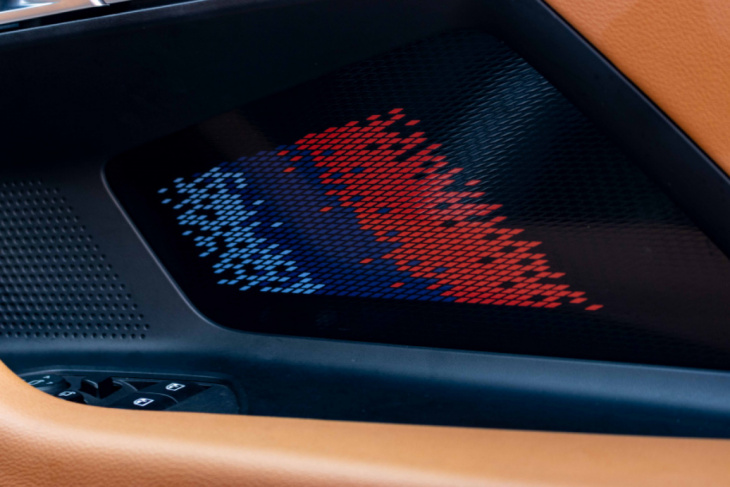 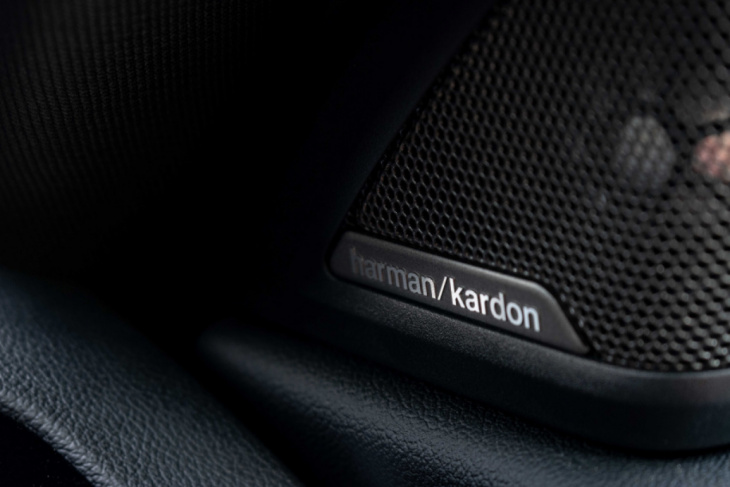 Right away, you can tell that the dashboard is the same one used in its larger brethren; which means that once you are in the car, and forward-facing, you could actually think that you are driving around in a 4 Series. Really… I could not tell which car I was in when I was sorting photos of my time taking on the hills in the Bavarian alps.

But this is not at all a bad thing. The dashboard is well-sorted, powered by their now-familiar Operating System 7, and driver-focused. Ergonomically, I would dare say, it is among the best around. If I could have just one complaint – that would be when switching drive modes, as it is difficult to feel which button is which, while on the go.

BMW’s signature 3.0 in-line six, punches out an impressive 374hp and 500Nm. This translates to an on-paper 100km/h sprint in 4.3 seconds. We know that elsewhere on this blue earth, BMW also has a full-on RWD version of the car.

We did put across that question to BMW, about why we did not get the RWD, Gopinath Uthirapathi, Product Manager, BMW Group Asia, mentioned that the decision was because the AWD system ‘would enhance agility, directional stability, traction and driving dynamics; allowing driver to experience an intoxicating interpretation of our hallmark M performance characteristics.’ But that said, I can already almost hear legions of purists exclaiming ‘Sacrilege!’.

But once behind the wheel, I absolutely love how responsive the M240i’s in-line six spins freely under the hood. The full-bodied sound it produces, coupled by how much it gives, really makes the M240i such a well-rounded coupe. More importantly, the drive is also incredibly rear-biased. There is that sense that the rear-end wants to step out around a turn, more than say… the M440i GranCoupe, whenever you apply more power around a turn.

You are also seated near the rear wheels, therefore you actually are able to feel when the rear slips through the roundness of your lily-white behind. After-all BMW does say that the M240i is a “Drift Machine”. That said, you can obviously dial down the car’s safety nets, loosen that rear-end for a little more entertainment. But you’d better know what you are doing, given that we do not have the flattest roads.

Perhaps the closest competition here in terms of its drive, is the Porsche Cayman; but it is mid-engined and still a different ballgame. While the Porsche cuts a bend, slicing around one like a razorblade, the M240i feels more brutish; which equates to fun.

The big and small of it…

The new M240i is larger than the one it replaces, and also further between the wheels by 51mm. And it is also wider than its predecessor – 31mm and 54mm more, front and rear. Could you even imagine that it even has a longer wheelbase than an E30 3 Series? The new 2 brings to the table the essence of what the previous car does (small on footprint twitches and all), but it also is more comfortable and refined – meaning better for going further.

So, about that bit of asking the car to tell me a joke?

What do you call a boomerang which does not return?