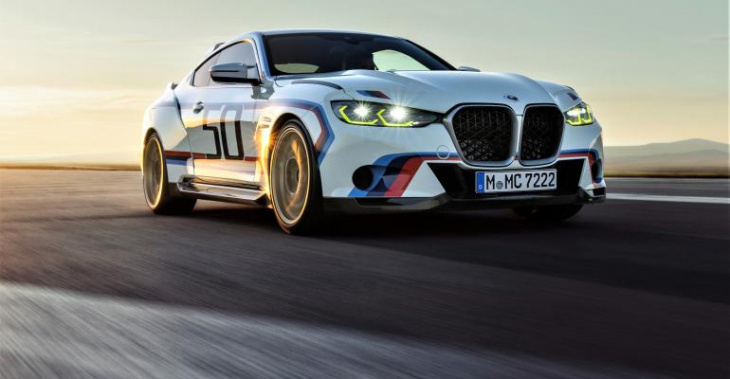 The bold-looking coupe pays homage to the German automaker’s iconic 3.0 CSL “Batmobile” launched in 1973, forming the highlight of BMW M’s 50th-anniversary celebrations, which kicked off in February 2022 with the unveiling of the XM SUV Concept.

Powered by the most powerful inline 6-cyl. ever used in a road-legal BMW M model, the 3.0 CSL produces 552 hp and 405 lb.-ft. (549 Nm) of torque. Drive is sent to the rear wheels through a 6-speed manual transmission and electronically controlled M-differential.

Modifications to the M4 Coupe’s adaptive M suspension give the 3.0 CSL an even more purposeful dynamic character. In addition, the new model receives carbon ceramic brakes with 15.7-in.-diameter discs up front and 14.9-in. discs at the rear as standard.

The styling and color scheme of the new BMW M model is substantially influenced by the original 3.0 CSL “Batmobile.”

Differences from the standard M4 CSL include a new-look grille housed within a heavily reworked front bumper, longitudinal winglets within the hood shut lines, yellow-hued LED headlamps, widened front and rear fenders accommodating 20- and 21-in. wheels, respectively, altered sills underneath the doors and an additional panel within the rear side windows with a BMW badge. 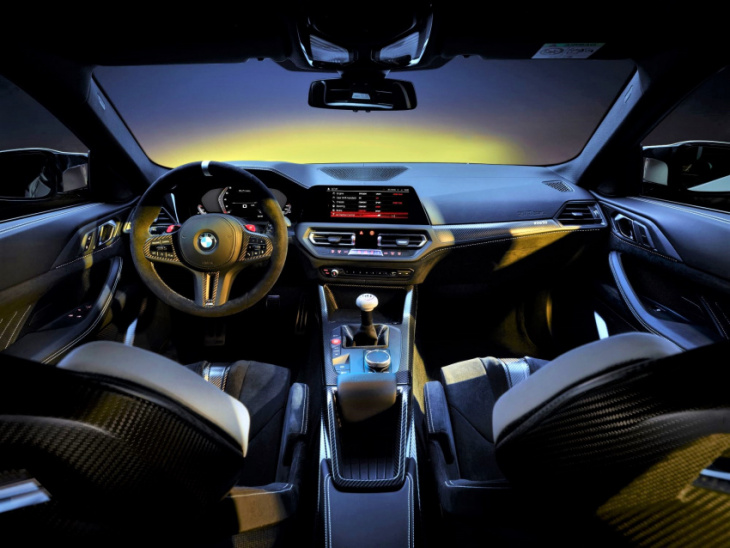 The 3.0 CSL also receives a prominent spoiler mounted above the rear window as well as a large trunk-mounted wing – elements that led the original to be dubbed the “Batmobile.”

Carbon fiber is featured throughout the vehicle It is used for the hood, front and rear fenders, roof, sills, trunklid and rear diffuser. BMW M  has not yet released a curb weight figure.

The cockpit has  carbon fiber-backed front seats and other sporting touches, including an Alcantara-trimmed steering wheel and headliner.

Production of the 3.0 CSL is limited to just 50 units. BMW M says the production time for each car will take about three months at parent company BMW’s Dingolfing plant in Germany. Pricing and details relating to North American market allotment are yet to be confirmed. 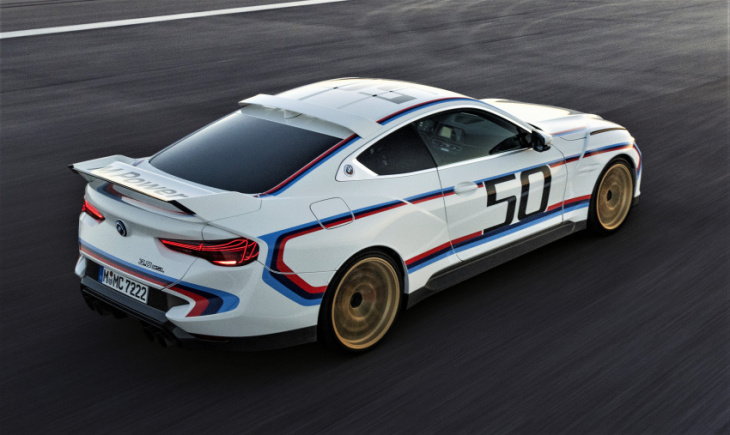