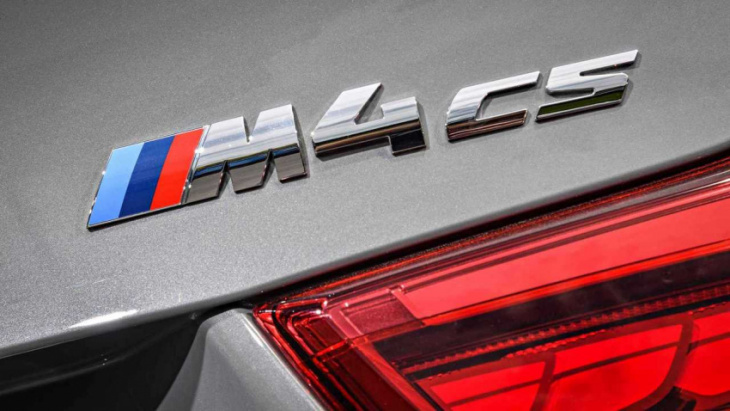 Enthusiasts are spoiled for choice when it comes to buying a BMW M4 since the sports coupe is offered in numerous configurations. Available with manual and automatic transmissions, RWD and xDrive, standard and Competition versions, the speedy machine has a vast lineup. Lest we forget the M4 CSL of which only 1,000 units are being made for the whole world. In addition, the 3.0 CSL is an ultra-exclusive special edition to celebrate the iconic E9.

Despite an already complicated portfolio, M CEO Frank van Meel strongly hinted in an interview with BMWBLOG there might be yet another derivative in the future: “We had an M3 CS and M4 CS in the past, and we always said we have this regular competition CS and CSL letter. And we don’t have a CS right now [in the M4 lineup] so there’s still room.”

It seems highly probable an M3 CS will break cover first considering plenty of prototypes have been spotted already undergoing testing. Rumor has it the limited-run super sedan is going to be revealed early next year as a temporary crown jewel of the M3 family by sitting above the Competition model. The CS is believed to be an automatic-only affair with xDrive while having slightly more power and a bit less weight than the M3 Competition. Naturally, a possible M4 CS would inherit the same upgrades.

Although the 2023 M3 Sedan and Touring have the iDrive 8, the M4 has yet to switch to BMW’s latest infotainment system. It’s likely only a matter of time before the coupe will get the newest hardware, and logic tells us a potential M4 CS would have it. Both the M3 CS and M4 CS will wear more aggressive-looking bodies than the Competition models but the transformation won’t be as extreme as the M4 CSL’s.

Look for the twin-turbo, 3.0-liter inline-six engine to deliver somewhere in the region of 540 horsepower to avoid stepping on the M4 CSL’s toes (550 hp). As for the diet, the Competition Sport Lightweight lost 100 kilograms (220 pounds) compared to the Competition whereas the M4 CS should shave off anywhere between 30 to 40 kg (66 to 88 lbs). Unlike the two-seat M4 CSL, these upcoming CS should retain the rear seats.

With the M3 CS debuting in the first months of 2023, the equivalent two-door model could follow by the year’s end. These two should be less exclusive than the M4 CSL in the sense BMW will likely make more than 1,000 units of each.

Keyword: BMW M Boss Says There Is Room In The Lineup For An M4 CS