The hydrogen fuel cell powered BMW iX5 SUV is being produced in Munich, ahead of its technology demonstration programme next year 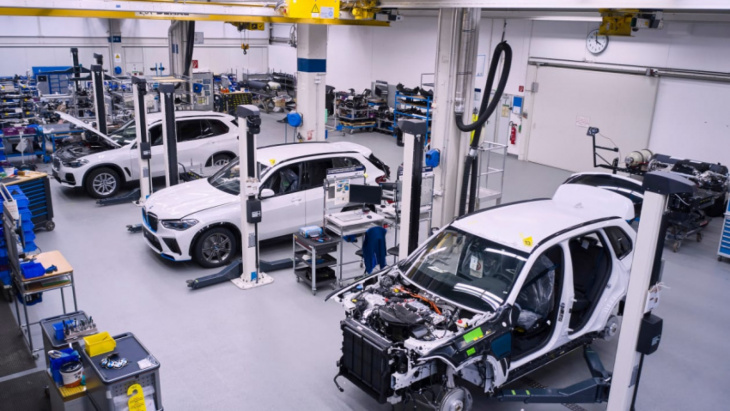 After an extensive final development phase, BMW has signed off its hydrogen fuel-cell powered iX5 Hydrogen for production in Munich. However, the innovative SUV won’t be produced on a large scale – instead, a small number of units will roll off the production line to be used as demonstration vehicles in 2023.

The experimental model is powered by a pair of electric motors (one at each axle), which have a combined output of 369bhp. They’re the company’s fifth-generation eDrive motors, which also feature on the i7 and iX electric cars.

However, instead of pulling stored electrical energy from a battery pack like a conventional electric car, the iX5 generates its own electricity through a chemical reaction between stored hydrogen and oxygen from the air, via a fuel cell capable of generating up to 125kW. Waste heat from the system is used to warm up the cabin when needed.

The fuel cell, developed in partnership with Toyota, is supplied by two 700-bar storage tanks occupying the space used by the gearbox and driveshaft in the combustion-engined X5. Together, the tanks can hold six kilogrammes of hydrogen.

BMW has chosen its Munich Research and Innovation Centre to build the iX5, using platforms supplied by the firm’s Spartanburg plant in the USA. To accommodate the two hydrogen tanks, a new floor pan is installed along with the car’s bespoke 400V electrical system, battery and under-bonnet fuel cells. The finished vehicles will visit selected regions next spring to publicise the zero-emissions powertrain solution. 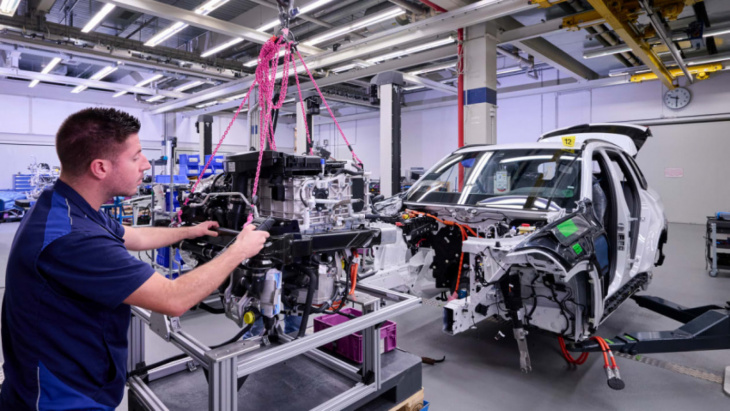 The iX5 completed its winter testing regime earlier this year near the Arctic Circle, and was able to offer maximum performance despite temperatures dropping as low as -20°C. The fuel-cell tech guarantees a long range regardless of the prevailing weather, says BMW; unlike a traditional battery electric vehicle, whose usable range generally decreases in colder conditions. Refuelling takes a matter of minutes, too, which is a huge saving over the charge-times of most conventional electric vehicles.

Other potential advantages of hydrogen-electric vehicles over traditional EVs include towing capability and passenger comfort, due to the lack of a heavy lithium-ion battery pack and the stiffer suspension required to support it.

The iX5 project could be an indication of BMWs development road map, and the firm could put the car into large-scale production depending on market conditions and infrastructure support.

The brand even hints that, if the current infrastructure issues are remedied, it could introduce hydrogen fuel cell technology on other vehicles in its line-up, such as the iX3, iX and i4. Milan Nedeljković, BMW’s board member for production, said:

“Production of the BMW iX5 Hydrogen and the BMW-developed fuel cell systems demonstrates our supreme flexibility and unrivalled know-how in the field of small-scale manufacture. It shows we already boast the necessary expertise for integrating hydrogen technology into the BMW iFACTORY production system as an additional type of drive.” 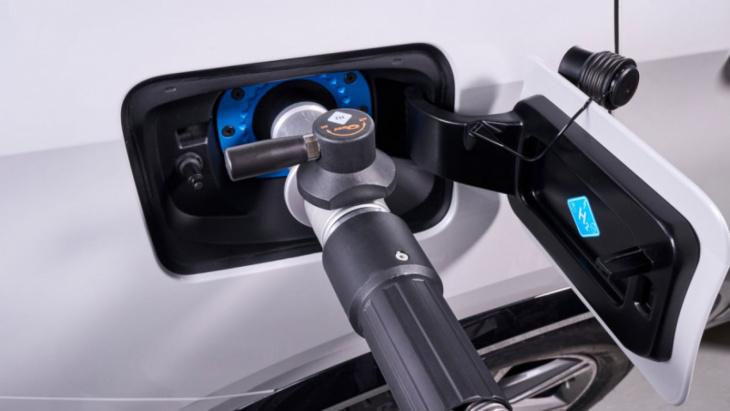 The iX5 comes with cosmetic alterations that mark it out as one of the company’s eco models – some of which have been 3D-printed. It adopts BMW’s trademark i-Division styling changes and blue accents plus a unique blue-tinted radiator grille, a set of lightweight 22-inch alloy wheels and a revised rear diffuser with blanked-off exhaust outlets and blue trim.

To further boost the iX5 Hydrogen’s eco-points, BMW has fitted it with aerodynamically efficient alloy wheels wrapped in sustainable tyres. They’re made from natural rubber and rayon, extracted in compliance with the Forest Stewardship Council’s (FSC) standards.

Do hydrogen fuel cell cars have a future? Have your say in the comments…