Some electric cars are designed from the ground up to solely run on battery power, while others – like this BMW iX1 – are adapted from petrol or diesel cars. While adapting does result in some small compromises, it means that buyers can choose one model with a range of powertrains to suit.

The iX1 is offered alongside the BMW X1’s petrol, diesel and plug-in hybrid engines, so there should be something for everyone who’s keen on a premium small-ish SUV. It rivals a number of similarly positioned SUVs such as the Volvo XC40 Recharge, the Mercedes EQA, the Lexus UX 300e and the Audi Q4 e-tron.

If you don’t have any affinity to one brand or another, the reason for buying the iX1 over its nearest rivals is its driving experience. The steering is more direct and sharper than the XC40 or the EQA, although in truth it’s nowhere near as good to drive as the petrol-powered X1. That’s because the iX1 tips the scales at around two tonnes, and it has a firm ride to compensate for the extra weight.

That’s not dissimilar to what you’ll find in rivals, and the range estimates are broadly similar as well. In time we’d expect a single-motor two-wheel-drive option to join the range, but for now all models come with two electric motors and four-wheel drive as a result. 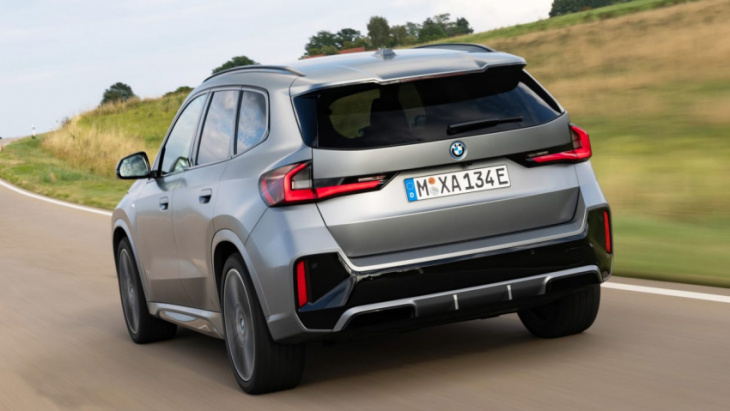 While these xDrive models produce lots of grip, they aren’t cheap: the iX1 costs more than £51,000, some £15,000 more than the entry-level X1. But as with the firm ride and the range figure, this is what you’ll pay for an equivalent car from a rival brand – even if it’s more expensive than the impressive Kia EV6 or Nissan Ariya.

The BMW iX1’s range and fast-charging may not be class-leading, but both should be sufficient for the majority of buyers

Depending on the exact spec of your iX1, its 64.7kWh battery enables a maximum driving range of between 257 and 272 miles. That higher figure is very slightly more than the Volvo XC40 Recharge and Mercedes EQA can manage, and only 11 miles less than the Tesla Model Y Standard Range. It’s pretty good and should be plenty for most people, but long-distance drivers might be better served by the Kia EV6 or Skoda Enyaq iV. 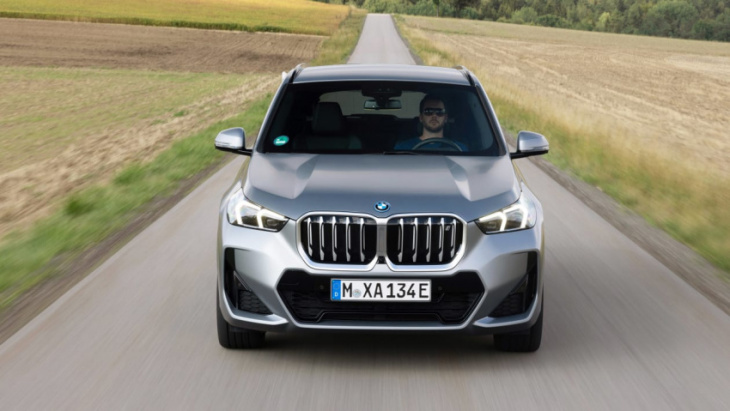 The 130kW charging capability is on a par with the likes of the Enyaq and the Volkswagen ID.4, albeit a bit short of the figures achievable on the EV6 or Hyundai Ioniq 5. A top-up from 10-80% charge takes just under half an hour, while a home wallbox will fully charge the battery overnight.

Dual-motor iX1 is very quick, but its heavy weight is unfortunately obvious

The dual-motor, four-wheel-drive powertrain that’s available at launch is potent. Its 309bhp is more than you get in the performance-led ID.4 GTX; consequently, the iX1 is very quick from a standing start. Zero-to-62mph acceleration takes just 5.7 seconds, and there’s even a boost function that provides full power for a limited time. Unlike some electric cars, you don’t get the sense that the iX1 is running out of puff at motorway speeds. 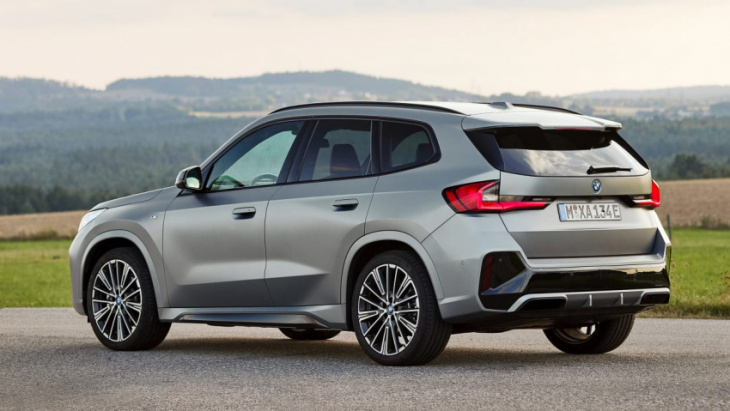 If you’d like to hide the zero-emission powertrain from your friends and family, there is the option of a synthesised engine note. It’s meant to sound like a six-cylinder engine and sort of does, but it feels a little forced and unnecessary. Turn it off and you’re aware that the iX1 is very refined; you can’t even hear the electric motor that’s just in front of you. Like numerous electric cars, the quietness does amplify the wind rush around the wing mirrors at higher speeds, but this isn’t too disturbing.

As touched on above, the iX1 is more engaging to drive than its nearest competitors. But drive the iX1 after a petrol-powered X1 and you’ll come away disappointed by the EV. As it’s significantly heavier, the iX1’s responsiveness is blunted. BMW hasn’t managed to hide the extra weight, and has fitted a firmer suspension setup to cope. It may have air suspension as standard, but the ride is notchy and sometimes a little crashy.

Well-built and well-appointed; the iX1 feels like an expensive car inside

The BMW X1 might be the brand’s entry-level SUV, but it doesn’t come across like that inside. Luxurious materials and an impressive build quality go some way to backing up the iX1’s price. Just forget that the standard (less expensive) X1 gets the same high-spec cabin. The dashboard features two large screens – one for driving information and one for infotainment – and these come as standard. 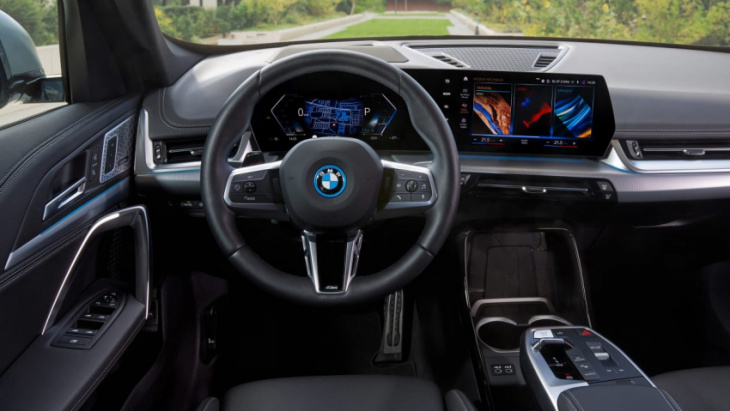 Two trim levels are available: xLine gives a rugged, off-road-esque appearance while M Sport is sportier, as the name suggests. Both models get a reversing camera, heated front seats and dual-zone climate control. To this, M Sport adds a racier look and some additional features like wireless phone charging and extended LED lighting.

The iX1 delivers on the practicality front, even if it’s not quite as versatile as a petrol X1

BMW’s X1 badge suggests that this car will be cramped inside, because it’s seemingly the smallest BMW SUV. That’s actually the coupe-inspired BMW X2; the X1 is surprisingly roomy inside. There’s plenty of space for four large adults and enough space between the seats that kids might not be able to kick your seatbacks. 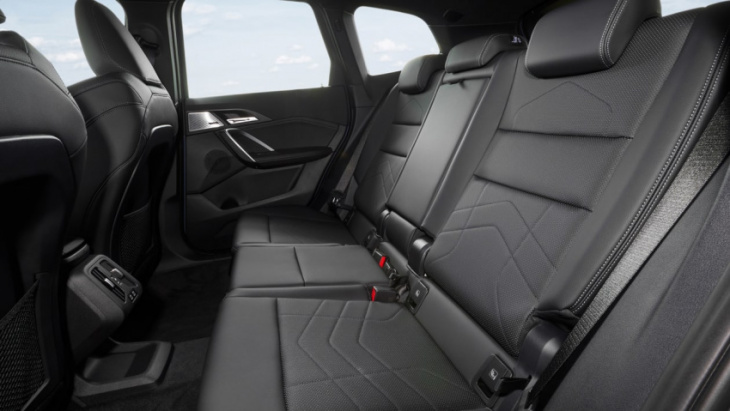 It’s a shame that the rear seats don’t slide fore and aft like they do in the petrol and diesel versions, while the iX1 has a transmission tunnel that robs space from the middle-seat passenger. Cars designed from the outset to be electric-only don’t tend to have this tunnel, so something like a Hyundai Ioniq 5 might be more spacious if every seat is going to be occupied on a regular basis. Make sure you and your passengers are happy with the slightly raised floor in the rear, too. 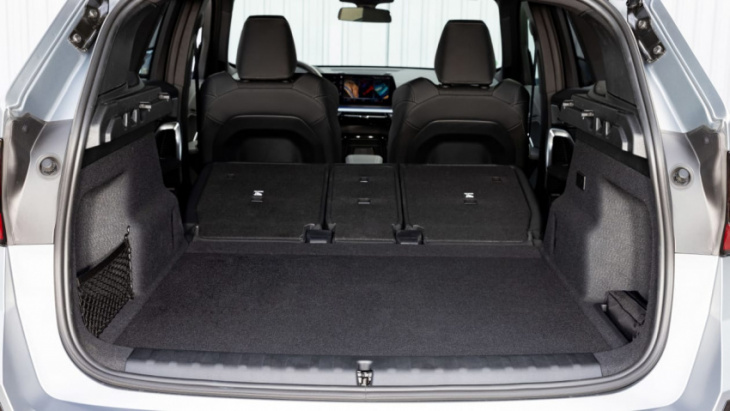 The 490-litre boot is a perfectly decent size. It’s a whole 150 litres more than the space you get in a Mercedes EQA, and more than some cars from the next class up (such as the Nissan Ariya and Toyota bZ4X). There’s a cable storage area under the boot floor, which is handy as long as you haven’t made full use of the cargo capacity.

BMW’s owner satisfaction could be better; safety shouldn’t be in doubt

The BMW iX1 or X1 is yet to be tested by safety organisation Euro NCAP, but we’d expect a reasonable score. It’ll be fitted with the very latest safety technology and driver aids and BMW will be aiming for a five-star score for its family-focused electric SUV. The BMW i4 and 2 Series Coupe could each only manage four stars, however. 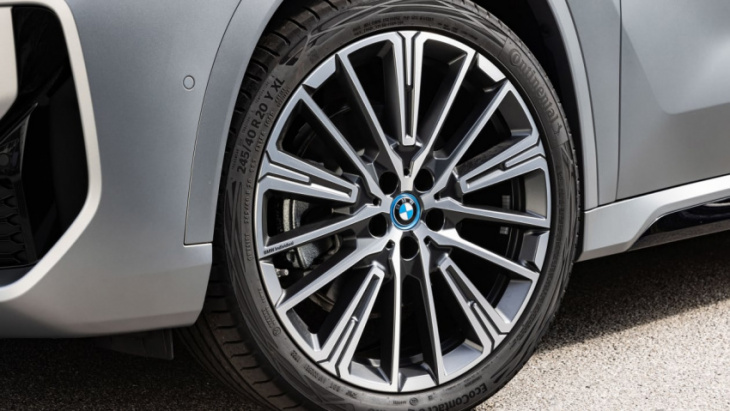 BMW finished 16th out of 29 brands in our 2022 Driver Power survey. That’s a few places higher than rivals Audi and Mercedes, even with the fact that nearly one in four BMW-owning respondents reported a fault within the first year of ownership. Buyers love the brand’s infotainment systems and driving style of their cars; value for money isn’t rated so highly.