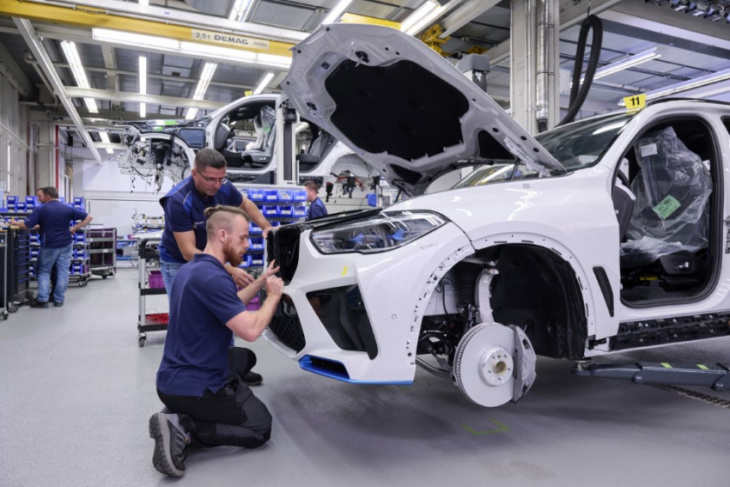 MUNICH: The BMW Group is starting production of its BMW iX5 Hydrogen model.

Manufacture of the small-series hydrogen-powered vehicle is taking place in the pilot plant at its Munich Research and Innovation Centre (FIZ).

The first ever Sports Activity Vehicle (SAV) featuring hydrogen fuel cell technology has already completed an intensive programme of testing under demanding conditions during the development phase and will now be used as a technology demonstrator for locally carbon-free mobility in selected regions from spring 2023.

The BMW iX5 Hydrogen is being built in the BMW Group’s pilot plant at its Research and Innovation Centre here. This is the interface between development and production where every new model from one of the company’s brands is made for the first time. 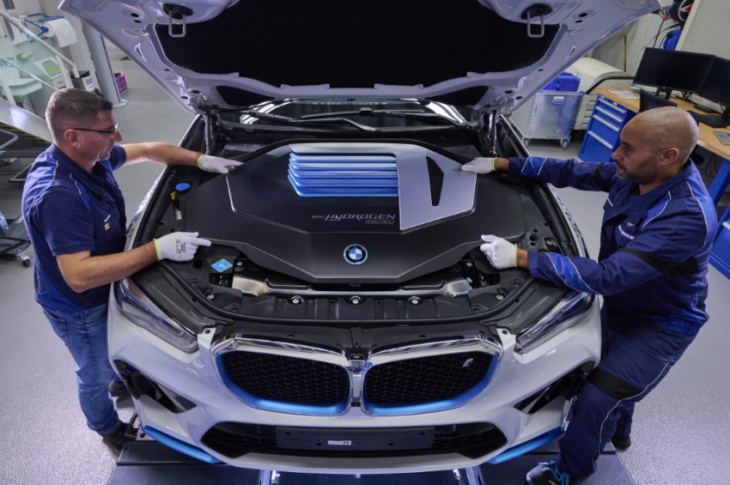 They each work on up to six vehicle projects simultaneously and are tasked with ensuring that both the product and the manufacturing process are ready for series production.

In the case of the BMW iX5 Hydrogen, specialists in hydrogen technology, vehicle development and initial assembly of new models have been working closely together to integrate the cutting-edge drive and energy storage technology.

BMW Group Plant Spartanburg in the USA supplies the base vehicles for the hydrogen model, which has been developed on the platform of the X5.

They are fitted with a new floor assembly in the pilot plant’s body shop that makes it possible to accommodate the two hydrogen tanks in the centre tunnel and under the rear seat unit.

The model-specific 12V and 400V electrical systems, high-performance battery, electric motor and fuel cell are all integrated during the assembly stage, alongside standard production parts. 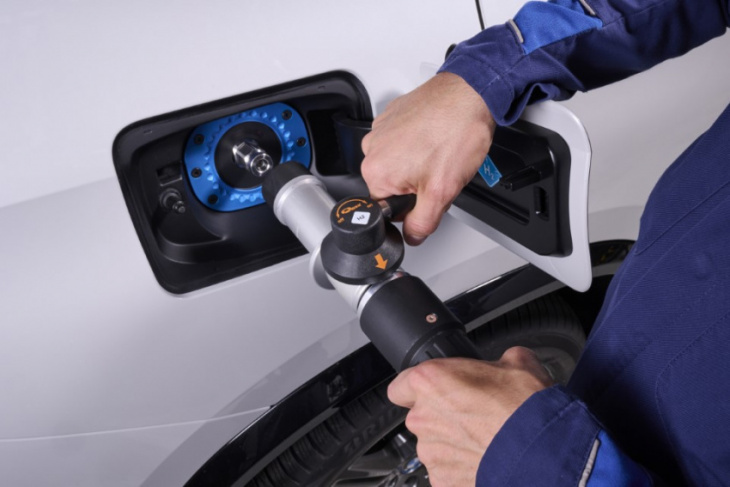 Positioned in the rear axle area together with the high-performance battery, the electric motor is a product of the current, fifth-generation BMW eDrive technology also employed in battery electric and plug-in hybrid models from BMW.

The fuel cell systems located under the bonnet of the BMW iX5 Hydrogen have been manufactured at BMW’s in-house competence centre for hydrogen in Garching to the north of Munich since August this year.

Numerous components are produced exclusively for the hydrogen-powered SAV, including some made at the Additive Manufacturing Campus – the BMW Group’s competence centre for 3D printing – which also forms part of the pilot plant.

The BMW iX5 Hydrogen passes through all the customary stages of production, starting at the body shop then proceeding to the paint shop and assembly before ending with a final inspection of each individual vehicle.

Following this, every vehicle undergoes a comprehensive operational check at the BMW Group’s test centre in Aschheim. 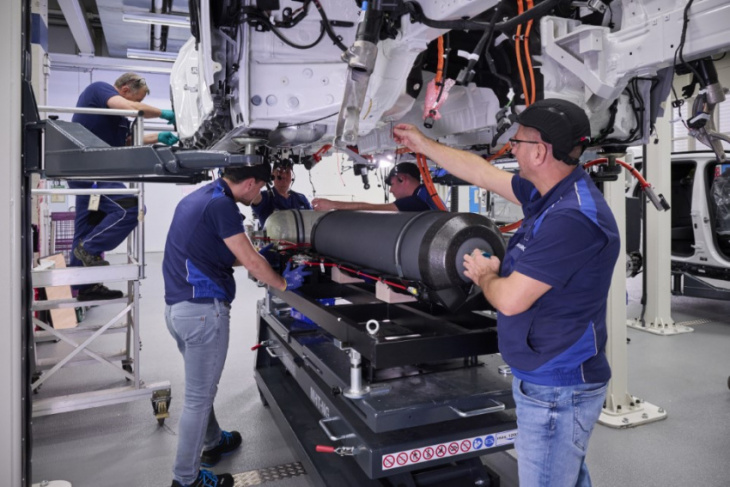 The BMW iX5 Hydrogen combines all the benefits of a locally emission-free drive system with outstanding everyday usability and long-distance capabilities. This makes its hydrogen fuel cell technology an attractive complementary alternative to the battery electric drive system.

This is especially true for customers for whom short refuelling stops and long ranges are a must, as well as for regions still lacking an adequate charging infrastructure.

“Hydrogen is a versatile energy source that has a key role to play as we progress towards climate neutrality,” says Frank Weber, Member of the Board of Management of BMW AG responsible for Development. 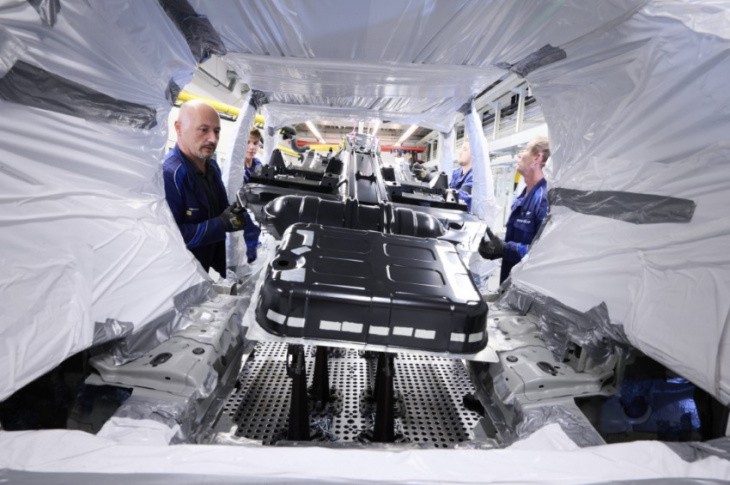 “We are certain that hydrogen is set to gain significantly in importance for individual mobility and therefore consider a mixture of battery and fuel cell electric drive systems to be a sensible approach in the long term.

“Fuel cells don’t require any critical raw materials such as cobalt, lithium or nickel either, so by investing in this type of drive system we are also strengthening the geopolitical resilience of the BMW Group. Our BMW iX5 Hydrogen test fleet will allow us to gain new and valuable insights, enabling us to present customers with an attractive product range once the hydrogen economy becomes a widespread reality.” 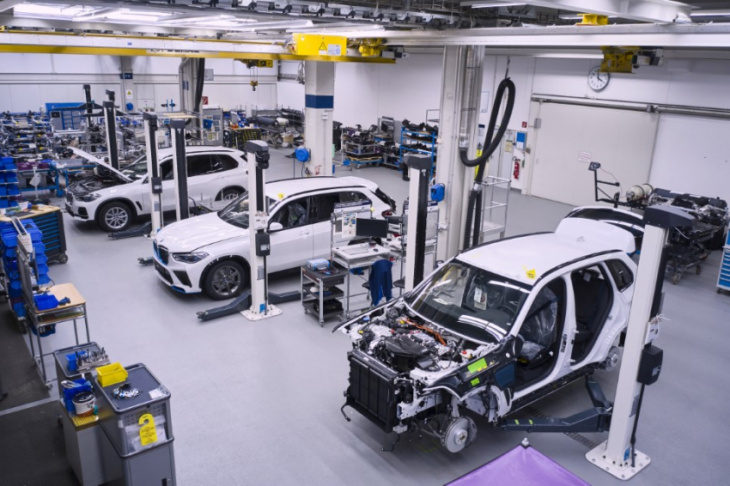