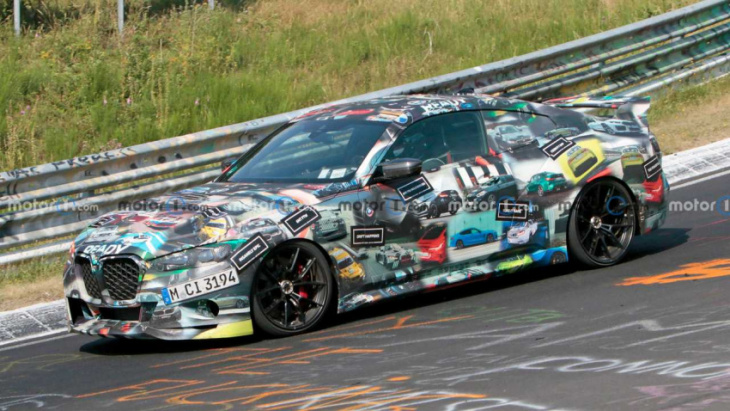 The XM and Z4 facelift will break cover later this week and the M2 in October after a few busy months during which we saw the M4 CSL and the M3 Touring. 2022 also brought us the 3 Series and X7 LCIs, along with the new 7 Series and its electric i7 derivative. Lest we forget the Bavarians have also unveiled the new X1/iX1, so it’s safe to say it has been a busy year thus far. The best is yet to come as the 3.0 CSL’s debut is inching closer.

Our long-time pals at BMWBLOG have heard from sources within Munich the retro-flavored special edition will finally break cover sometime in November. The highlight of M’s 50th-anniversary celebrations, the Competition Sport Lightweight won’t be the dedicated M model enthusiasts had been expecting to follow the mid-engine M1. Instead, it’ll be a heavily reworked M4 CSL with an astronomical price tag – €750,000.

By far the most expensive new BMW ever, the 3.0 CSL will be sold exclusively with rear-wheel drive like the M4 CSL. One major difference between the two is going to be the availability of a manual gearbox. As a matter of fact, it is believed the ultra-exclusive performance car will be sold strictly with a 6MT. The engineers are expected to dial the S58 engine to around 560 hp, thus outpunching the twin-turbo 3.0-liter inline-six engine of the M4 CSL by 10 hp and the M4 Competition by 50 hp.

Aside from featuring more power, the modern-day equivalent of the 3.0 CSL E9 will shave off weight and reportedly tip the scales at 1,550 kilograms (3,417 pounds). That would make it 75 kg (165 lbs) lighter than the M4 CSL, which itself lost 100 kg (220 lbs) compared to the M4 Competition Coupe. With more power having to move less weight, the speedy coupe will allegedly do 0 to 62 mph (100 km/h) in 3.5 seconds, which would make it two-tenths of a second quicker than the M4 CSL. That might not sound too impressive, but let’s keep in mind we’re comparing a car with manual transmission with one equipped with an ultra-quick automatic.

The report goes on to mention BMW will be making only 50 cars, with 30 units to remain in Europe and eight to be shipped in Asia. It’s not known at this point where the remaining 12 vehicles will go, but the United States sadly won’t be getting any. Production is supposedly kicking off in November and the first cars will be delivered early next year.