Following a handful of mostly weather-related delays that pushed New Shepard’s 23rd launch about two weeks past its original August 31st target, the single-stage vehicle lifted off from Blue Origin’s Van Horn, Texas launch site around 10:25 am CDT (14:25 UTC) on September 12th. Measuring about 15 meters (49 ft) tall, 3.7 meters (12.1 ft) wide, and capable of producing about 50 tons (~110,000 lbf) of thrust with its lone BE-3 engine at full throttle, New Shepard only made it about halfway through its nominal powered ascent before catastrophe struck.

ABORT! New Shepard failed during first stage ascent. No crew on board. pic.twitter.com/B7JSvKtEya

The first signs of trouble appeared about 62 seconds after liftoff in the form of flickers and flashes in New Shepard’s exhaust, which is normally almost transparent. Less than two seconds after the first seemingly harmless flash, flames unintentionally burst from New Shepard’s engine section and quickly surrounded its BE-3PM engine. Less than a second after that, the rocket’s aft and began shedding pieces and stopped producing thrust, triggering a solid rocket motor stored inside its deployable capsule.

About a second after the incident began, the capsule’s abort motor ignited and carried the suborbital spacecraft safely away from the failing New Shepard booster. The capsule ultimately coasted to an apogee of 11.4 kilometers (7.1 miles) – almost ten times lower than nominal – before descending back to Earth, deploying its parachute system, and safely touching down in the Texas desert scrub. Thankfully, NS-23 was only carrying experiments, and no humans were at risk. Had a crew of suborbital tourists been aboard, they would have likely been a little battered but otherwise completely unharmed.

..there is room for a lot of speculation 🤔– i did a frame by frame Picture – on the bottom row you can see some parts falling away. maybe the nozzle fell apart?!? pic.twitter.com/OOzPkPiX6G

While any failure of a rocket is unfortunate, the failure of a rocket nominally designed to launch humans can have even worse repercussions. However, thanks to the seemingly flawless unplanned performance of New Shepard’s abort system, it’s safe to say that the day could have gone much worse for Blue Origin.

The failure is still not going to do the reputation of Blue Origin or New Shepard any favors. It also invites less than favorable comparisons with SpaceX, a different spaceflight startup also funded and founded by a tech tycoon in the early 2000s.

Founded a year and a half after Blue Origin, SpaceX, in comparison, reached orbit with Falcon 1 in 2008. In June 2010, it successfully debuted Falcon 9, an orbital-class rocket roughly 20 times larger. In 2012, Falcon 9 successfully launched an orbital Dragon spacecraft which became the first private vehicle to dock to the International Space Station. In January 2015, it attempted to recover a Falcon 9 booster for the first time. In December 2015, one month after Blue Origin’s first successful New Shepard landing, SpaceX aced its first Falcon 9 booster landing.

Nine months later, Falcon 9 suffered a catastrophic failure during prelaunch testing in September 2016 and didn’t return to flight until January 2017. That is where, for the most part, the paths of Blue Origin and SpaceX almost entirely diverged – but not in any obvious way. Instead, after a successful suborbital launch in October 2016, New Shepard didn’t fly again until December 2017. In the roughly six years between October 2016 and September 2022, New Shepard completed 10 uncrewed suborbital launches, 6 suborbital tourist launches, and suffered one failure during another uncrewed mission – 18 total launches. 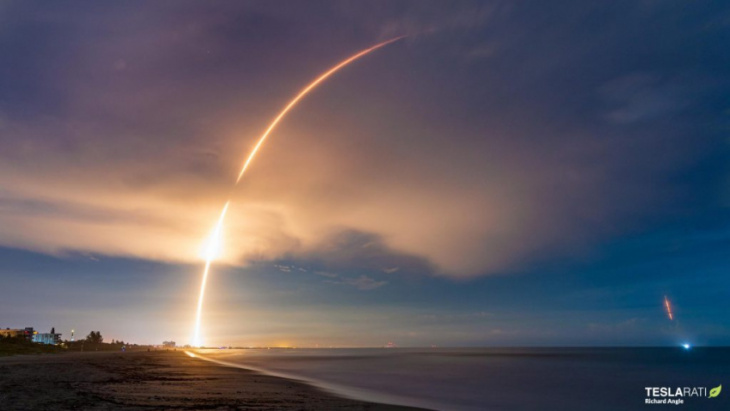 The differences could not be more stark or strange, given that both companies have been operating more or less side by side and working towards similar goals for as long as they’ve existed. To Blue Origin’s credit, the company managed a record six New Shepard launches – three carrying tourists – in 2021. NS-23 was its fourth planned launch in 2022, suggesting that it could have achieved a similar cadence this year if the mission had had a different fate. Instead, the launch failure has triggered an anomaly investigation that will search for the root cause and try to uncover shortcomings that will then need to be rectified before New Shepard can return to flight. Given that Blue Origin once went 15 months between successful New Shepard launches, it’s impossible to say how long that process will take.

In the meantime, the apparent failure of New Shepard’s BE-3PM engine could trigger investigations into Blue Origin’s other engine programs. While substantially different, BE-3U, a variant optimized for the upper stage of New Glenn, Blue Origin’s first orbital rocket, likely shares the most in common with New Shepard’s BE-3PM. BE-7, a small engine meant to power a Moon lander, could also be impacted.

Most importantly, Blue Origin is also in the midst of finally preparing two much more powerful and far more complex BE-4 engines for customer United Launch Alliance (ULA). Years behind schedule, Blue Origin completed the first two theoretically flightworthy BE-4 engines and began putting them through qualification testing earlier this year. It wants to ship those engines to ULA as soon as possible to avoid delaying the debut of the customer’s new Vulcan Centaur rocket. BE-3PM and BE-4 probably don’t share a single part, but many Blue Origin employees have likely worked on both programs, and the same Blue Origin leadership has certainly overseen both. As long as there’s any form of commonality, no matter how abstract, there’s always a risk that the underlying cause of problems in one program could be present in others.

In a statement, the FAA says it will lead the investigation into the uncrewed Blue Origin mishap. Says no injuries have been reported. The FAA will have to sign off before New Shepard can return to flight. pic.twitter.com/y2SMFZwXCq

Ultimately, it’s unlikely that there will be any serious connection. The New Shepard booster that failed on NS-23 was almost five years old and was flying for a record-breaking ninth time. It’s possible that Blue Origin was privately worried about the possibility of failure while pushing the envelope, but it offered no qualifications while discussing the mission. SpaceX CEO Elon Musk, in comparison, has almost always made it clear that failure is a possibility when the company attempts ‘firsts’ of any kind.

SpaceX recently launched and recovered the same Falcon 9 booster for the 14th time, setting its own internal record. As a result, that lone Falcon 9 booster, B1058, has flown as many times in the last 31 months as all New Shepard boosters combined have flown in the last 45 months.

Finally, while no company should be put in that position, Blue Origin deserves praise for its live coverage of the anomaly. Instead of immediately cutting the feeds, which would be what most providers would be expected to do during an operational launch, Blue Origin continued to broadcast views of the failure and provide live commentary until New Shepard’s capsule touched down well ahead of schedule.