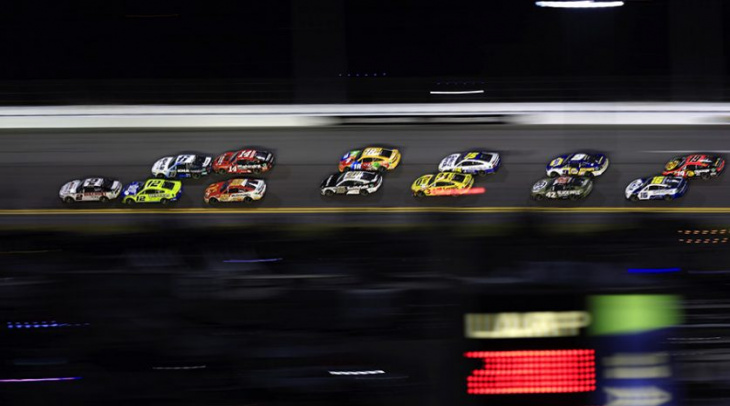 DAYTONA BEACH, Fla. — After a season that saw the successful debut of a new race car, a record-tying number of winners, fresh faces in victory lane, two first-timers reaching the Championship Four and a wall-ride for the ages, it’s easy to become hyperbolic when discussing the recently completed 2022 season.

Overall Green Flag Passing Increased Year-Over-Year: In a year-over-year comparison (2021 to 2022), the 2022 season has seen an increase in total green flag passes throughout the field of +6.36%.

Second Closest Average Margin of Victory: The average MOV for this season was 1.011 seconds, which is the second closest since the advent of electronic timing and scoring in 1993 (.909 seconds in 2014).

Highest Percentage Of Lead Lap Finishers In Modern Era: The 36 races of the 2022 NASCAR Cup Series season have produced an average percentage of 59.46% of the competitors finishing on the lead lap per race – the highest percentage of lead lap finishers through 36 races in the Modern Era (1972-2022). 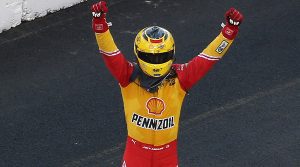 The firsts were many…

First year with the Next Gen car, a machine that ushered in a new era of competition in NASCAR.

First purpose-built racetrack inside a football stadium (L.A. Memorial Coliseum), a bold schedule vision in which more than 70% of ticket buyers were attending their first NASCAR race and one that kicked open the door for further innovation (see: Chicago Street Race in 2023).

Overall television ratings by the FOX and NBC family of networks increased by 4%.

The overall share – the percentage of televisions turned on and watching NASCAR – increased by 10%.

There were eight sellouts in 2022, including two of the earliest sellouts in recent history with the DAYTONA 500 and the NASCAR Cup Series Championship in Phoenix. 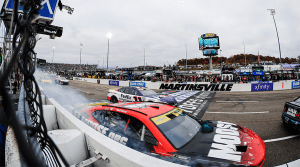 The number of fans who attended their first NASCAR race grew by 11%, when compared to the last event that allowed full capacity.

NASCAR Digital just experienced its best statistical season since 2015, including a 10% increase YOY in unique users.

That wall-ride for the ages? NASCAR on NBC’s social video of Ross Chastain’s move on the final lap at Martinsville earned more than 50.4 million impressions and 27.9 million video views.

On the sports betting front, authorized gaming operators saw a 51.5% increase in their NASCAR handle, year-over-year.

Joey Logano’s 22 in 22: Joey Logano, driver of the No. 22 Team Penske Ford, won his second NASCAR Cup Series championship (2018 and 2022), becoming the 17th different driver to win multiple championships and just the second active driver to win multiple Cup titles (Kyle Busch). Logano book-ended his 2022 season with a win in the season-opening Busch Light Clash at the LA Coliseum and a victory in the NASCAR Cup Series Championship at Phoenix Raceway.

NASCAR’s 75th anniversary season – a celebration of stock racing’s past, present and future awaits in 2023.