Best F1 cars at the Festival of Speed

There aren’t many better places than the Festival of Speed presented by Mastercard to get your dose of Formula 1’s near and distant past. From unraced prototypes to bonafide championship winners, we get the lot here at Goodwood. It’s been a fabulous weekend of F1 action, so we thought we’d count down our favourite moments.

From the top, a spectacular drive by Nigel Mansell, here to celebrate his 1992 championship, but not in his championship-winning car. For the starting star of this list is a car that never actually raced, the Ferrari 639. This is the first Formula 1 car ever made with a paddle-shift transmission and, in addition to this, it was a test bed for the atmospheric V12 following the ending of the ‘80s turbocharged era. It sounded fantastic, looked like modern art and, with Mansell behind the wheel, put on a spectacular show on the Hill.

One of the stars of the F1 batch in the last couple of years has always worn a Mercedes badge and this year is no different. The Mercedes W10, wearing an up-to-date Mercedes-AMG F1 livery, put on a great show for all of its appearances throughout the weekend, ripping a few doughies in front of the house for the crowds. The more time wears on, the more we reckon it sounds pretty good too. No V10, but pretty good.

One of the coolest moments of the weekend was seeing Damon Hill get behind the wheel of Old Faithful. It was in this BRM P578 that his father Graham Hill scored his first Formula 1 world championship title in 1962, in addition to helping bring BRM the constructor’s title. It gets its name ‘Old Faithful’ from being one of the most-raced Formula 1 chassis, having competed from 1962 all the way through to 1965, accruing over 20,000 race miles.

What a truly incredible moment this was, to see Nigel Mansell reunited with his championship-winning Williams FW14B ‘Red 5’ for the first time, 30 years on from when he secured his driver’s title. One of the most sophisticated Formula 1 cars ever made, it featured active suspension, a semi-automatic transmission and a screaming Renault V10 engine. Was this Williams’ finest hour? More than a few arguments can be made… 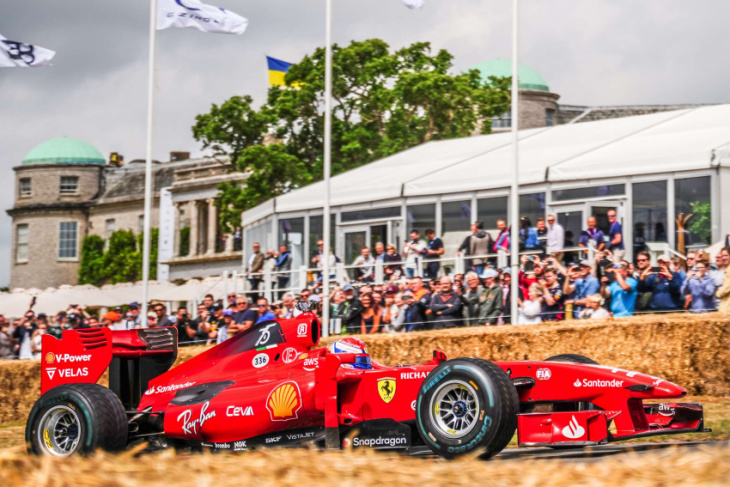 Marc Gene gave us an absolutely screaming show in the V8-engined Ferrari F60 during the F1 batches of the weekend. Some of these F1 cars aren’t exactly pushed on their way up the Hill. Not the case with Gene in the Ferrari, who had it slithering from side to side off the line, sending it up the Hill as if on a time-setting run. The scream of the V8 echoed throughout the estate, as the crowd went wild. We loved to see it. 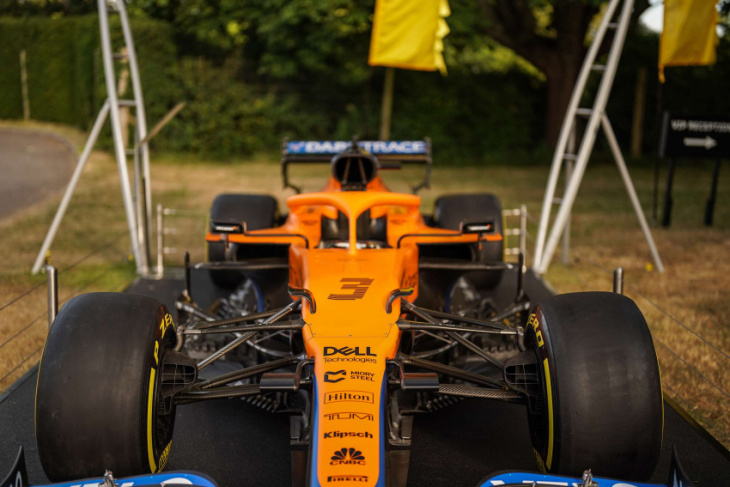 One of the coolest F1 cars present at the Festival of Speed wasn’t even running. It also has the honour of being the F1 car at the event to most recently score a win, given it took the famous win for McLaren at Monza last year. Of course, it’s the McLaren MCL35M of Daniel Ricciardo, looking stunning in blue and orange colours on McLaren’s stand. While not running on the Hill, we loved to see it here.

Keyword: Best F1 cars at the Festival of Speed