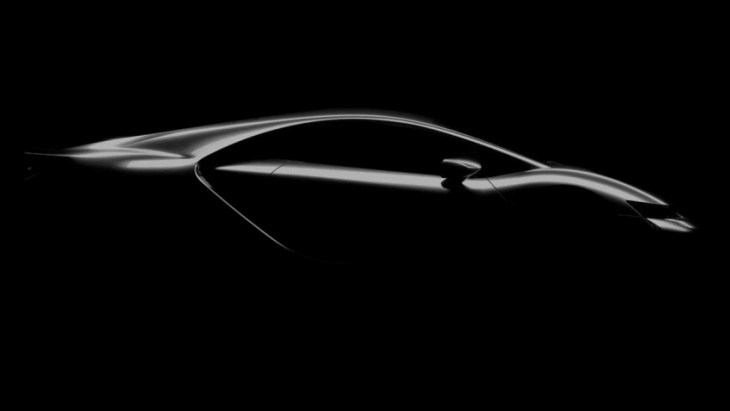 Bertone is the design company responsible for such legendary cars as the Lancia Stratos, Alfa Romeo Montreal, and the Lamborghini Countach just to name a few. Or rather, it was – Bertone declared bankruptcy in 2014 and the brand was sold, bringing over a century of automotive design to a close. Now, things are looking up for Bertone thanks to the Ricci brothers, who recently purchased Bertone and are planning a triumphant return for the iconic company.

Apparently, that return to life includes a new Bertone supercar. We’d love to tell you all about it, but all we have are a handful of teaser images pulled from Bertone’s website. There, you will find a short video offering glimpses of what looks like a mid-engine supercar, featuring a short nose and a wide rear flank with side scoops clearly visible. Of course, these days it’s possible the new car could wield an electric powertrain, though the design certainly looks like it houses a combustion engine.

There is absolutely no information available regarding this new car. In fact, Bertone’s new website makes no mention of a car at all. We’re treated to a brief history of the company, with a short bio of its new owners and a form to fill out for Bertone updates. You better believe we filled it out with utmost haste.

Bertone also launched an Instagram account, sharing some images from the company’s past mixed with this new, unknown machine.

Founded by Giovanni Bertone in 1912 and based in Turin, Bertone started as a carriage company. Focus shifted to automotive design in the 1920s, with Fiat and Lancia among its early successes. The post-war era saw Bertone flourish, working with numerous Italian brands like Alfa Romeo, Ferrari, and of course Lamborghini. The Miura and Countach were products of the design house, but work wasn’t limited to Italy. Volvo and Citroen were among many other Bertone clients. Even the Pontiac Fiero GT has a connection to the company.

Giovanni Bertone’s son Nuccio, who took over the company reins after World War II, died in 1997. The 2000s weren’t kind to the automotive realm in general, and a steady decline at Bertone led to the company’s bankruptcy in 2014. The brand was sold to Akka Technologies, with a newly formed company called Bertone Design sharing naming rights for industrial design projects. Eventually, everything was purchased by Mauro and Jean-Franck Ricci – the Ricci brothers – who have considerable experience in the automotive industry. They are also motoring enthusiasts with a passion for Bertone’s history.

Will that passion help bring Bertone back to life? We will certainly be watching with close interest in the months to come. In the meantime, grab the latest automotive news with a dose of witty banter in the Rambling About Cars podcast, available below.