For now, it only exists on your screens. But who knows? Maybe it becomes real in the future. 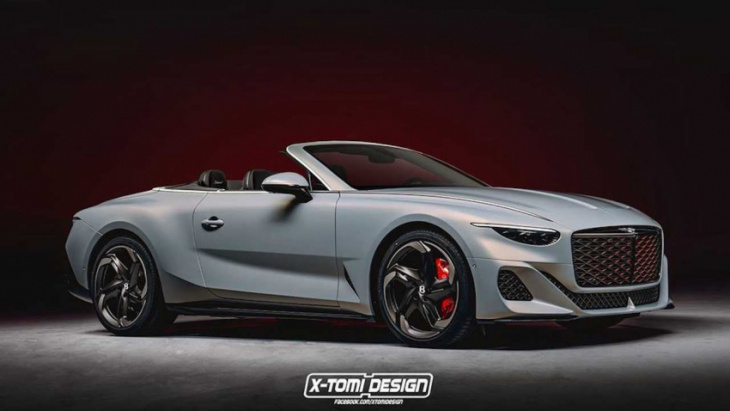 One of the highlights of the recently concluded Monterey Car Week at Pebble Beach was the Bentley Mulliner Batur. It previews not only the British automaker’s new design language but also serves as the turning point for Bentley’s electric future. Only 18 of the $2-million coupe will be made – all of them have fixed hard tops.

But since the Bentley Continental GT has a convertible version, it is also possible that a Batur could exist in the future without a roof. Thankfully, we won’t have a hard time imagining as X-Tomi Design has taken off the roof to satisfy our curiosities. 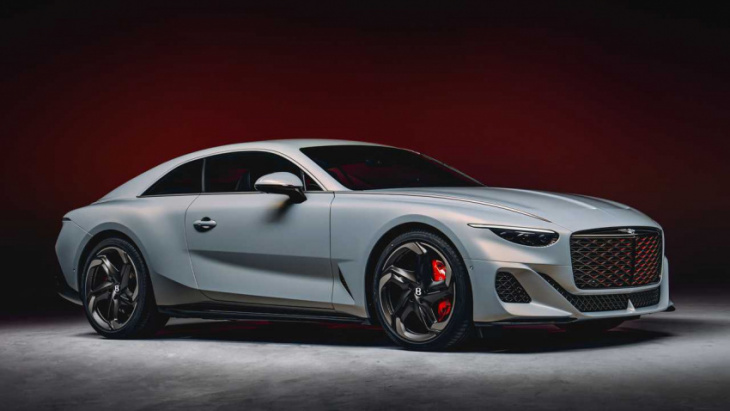 Keeping all the other elements that define the Bentley Mulliner Batur, the unofficial rendering practically just took the roof off, starting from the upper portion of the A-pillar, down to the back. We think this one was executed nicely, and somehow fixed what was a bit weird with the Batur – the bloated rear quarter.

Then again, coupe or convertible, the main talking points in the new Batur are seen on its front fascia. Gone were Bentley’s usual rounded headlight; there are now triple-beam light fixtures with LED accents. The grille isn’t far off from the now-former Bentley designs.

Bentley’s Director Of Design, Andreas Mindt, was the man behind the Batur. He’s been with the VW Group for 25 years before joining Crewe in 2021. The electric Audi E-Tron was one of his notable works.

That said, the Batur is a peek at Bentley’s inevitable electric future despite being powered by a twin-turbocharged 6.0-liter W12 engine. The transition to EVs is set to happen by 2030 when the automaker’s lineup is expected to become all-electric. Whether that electric future will have a roofless version, that’s still unknown but definitely a possibility.

Bentley Mulliner Batur: A Fast Car, a Good Car, The Best In Its Class

Luxury ride: $140M in cocaine and meth shipped from Canada to Australia in vintage Bentley

MACKENZIE: Electrifying Bentley, the 'lowest-risk decision' ever made

Bentley's CEO Opens Up About the Company's Grand, Green Plans

Bentley Previews Design Language Of Its EVs With W12-Powered Batur

What’s that about the Hybrid? Bentley Flying Spur: first details Tell me more… Does it make the Flying Spur faster? What else is new on the Flying Spur? It’s certainly not a shock in the looks department What’s the tech like? Any more tech specs? I want one! Bentlyey ...

After dropping the W-12 engine from the base Flying Spur this May, the new Speed model is the only way to get the 626-hp powertrain without upgrading to the Mulliner.

The stunning coupe gets a bit more useful.

Photo: Bentley Bentley ceased production of the W12-powered Flying Spur in May only to come back with a new, sportier Flying Spur Speed for 2023 that features the same 12-cylinder powerplant. This latest addition effectively completes Bentley’s Speed lineup, which also includes similar versions of the Continental GT and ...

One of the fastest four-door saloons is back, this time with a 207mph top speed

This is the new W12-engined Bentley Flying Spur Speed

Is the Bentley Mulsanne good for new drivers? Here’s our verdict.

Watch: Bentley's luxe apartments have a lift for your car! Zooming with DRIVEN EP101

The Bentley Mulliner Batur is a RM8.7m coachbuilt grand tourer

The Bentley Batur Is a 730-HP, $2 Million Limited-Edition Grand Tourer

Bentley Mulliner Batur Previews The Electric Future Of The Brand

The Bentley Mulliner Batur Points the Way Towards the Future

The Bentley Mulliner Batur is a £1.65m coachbuilt grand tourer

740PS Mulliner Batur is the most powerful Bentley ever

Bentley's "Friendly Takeover" Of Monterey Will Include 103 Cars