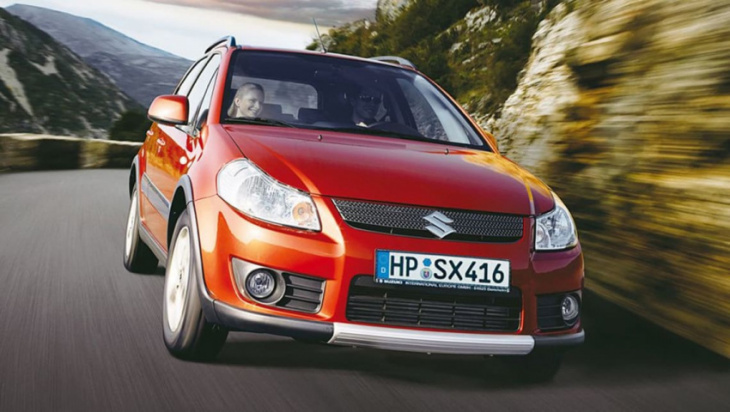 The first Suzuki SX4 was the work of car design great, Giugiaro, and remains a favourite amongst brand fans and used car buyers.

Suzuki is rumoured to be working on a small SUV to slot underneath the Vitara and take on the likes of the popular Toyota Yaris Cross, Mazda CX-3, MG ZS and Hyundai Venue.

Expected sometime from 2024 and thought to be related to the next-generation Swift small car due next year, the high-riding supermini-based crossover may return the brand into a segment it helped pioneered more than 15 years ago when the first SX4 broke cover (and new ground).

While refusing to divulge any information about upcoming models, Suzuki Australia general manager, Michael Pachota, spoke generally of fresh new-model activity coming within the next two years that should slot in the space currently occupied by the existing Vitara.

“If you do the math on the (life) cycle, you’d be right to assume that there is something new in that space coming,” he told CarsGuide at the Suzuki S-Cross launch earlier this month.

“But with that said, we’ve had no confirmation from Suzuki Japan with regards to that opportunity of that vehicle being available number one, and number two, whether or not it would be on Australia’s list.”

Now past its seventh birthday in Australia, the current LY-series Vitara is expected to soldier on with another facelift for another two to three years, before being replaced by either a variation of the larger Grand Vitara recently unveiled (and built at a Toyota factory) in India, or by a completely different and Euro-centric model that we don’t know anything about as yet.

This conveniently creates a gaping small-SUV-sized hole in Suzuki’s line-up, above the sub-B sized Ignis high-riding hatchback. Whether the resulting vehicle is merely a bulked-up and higher-riding version of the evolutionarily-styled next Swift, or brandishes a uniquely-designed body all its own, remains to be seen.

Like that Swift, the reborn SUV version is believed to be based on a variation of the company’s flexible Heartech platform that underpins a slew of smaller models, including the current Swift, Baleno and Ignis. 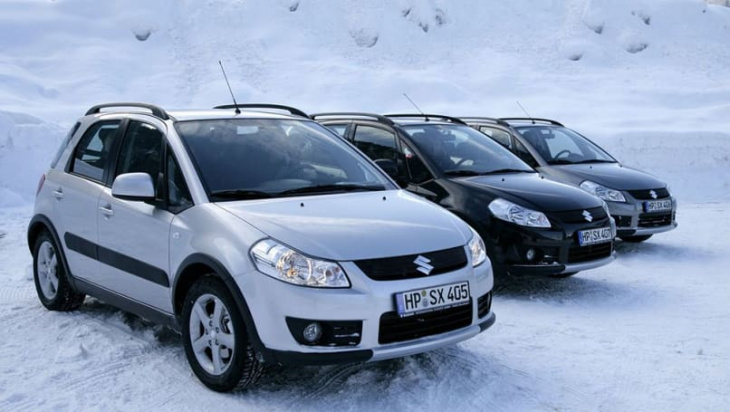 Suzuki’s next small SUV could be called the SX4.

Part of the architectural changes and updates are thought to be centred around the increasing electrification coming for all future Suzukis, with confirmation that all models by the end of 2025 in Australia will be hybridised, while some will eventually even go battery electric-only.

So, expect both the Swift and its SUV sibling to adopt mild-hybrid tech at the very least, with series-parallel full-hybrid grades, possibly using Toyota-supplied components from the similarly-sized Yaris Cross, also likely in the mix. Being an SX4-like machine, front- and all-wheel-drive versions of the coming crossover are also anticipated.

Though not in Australia right now, elsewhere in the world, the current hybrid version of the Swift offers a 1.2-litre petrol engine combined with an integrated electric starter generator and small lithium-ion battery pack, to offer modest yet worthwhile fuel savings and emissions cuts.

With next-gen Swift prototypes now running around in camo in Europe, its launch cannot be too far away, with some pundits predicting a debut sometime next year. This also suggests that its SUV/crossover offshoot wouldn’t be too far behind, for a 2024 unveiling. 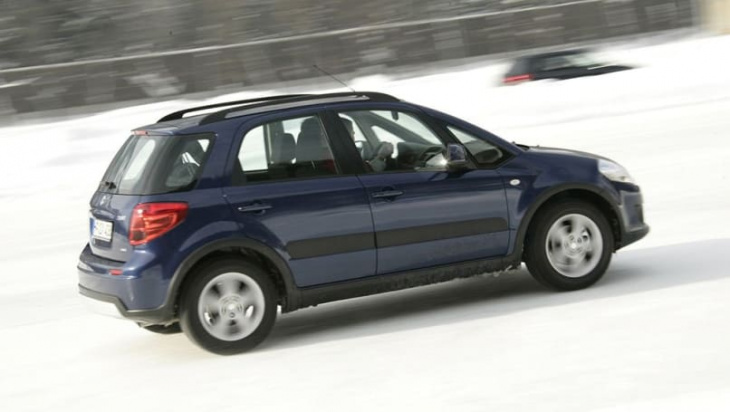 The design work of Giorgetto Giugiaro’s Italdesign (his other works included the landmark 1974 Volkswagen Golf, 1972 Alfa Romeo Alfasud, 1981 DMC DeLorean, 1980 Fiat Panda and 1976 Lotus Esprit), the original (GY) SX4 of 2006 remains a high watermark for Suzuki, being an early small SUV proposition as well as one of the most critically well received back in the day. It too employed contemporary Swift hardware and was also built in Europe as the Fiat Sedici. SX4 is short for “Sports X-over 4 Seasons”, and is currently a prefix on the larger S-Cross that usurped it in 2013.

Will Suzuki follow tradition and badge its anticipated next-gen small SUV an SX4, or follow convention and adopt the now-ubiquitous ‘Cross’ badge to let the world know it’s merely an adjunct to the evergreen Swift range?

One thing’s for certain: according to a company insider, Suzuki is entering one of its busiest model-development phases in recent history, with a dizzying array of fresh metal in the pipeline.

It receives an evolutionary design update.

This render is all we have to go on with the CX-90, but expect it to look different to the CX-60. (Image credit: Thanos Pappas) Mazda is set to reveal its second new SUV model early in 2023, but with at least two more to come after the CX-90, ...

C-HR Exit Stage Left Next C-HR Looks Even Cooler The Toyota C-HR will be discontinued in the U.S. and Canada after 2022, the automaker confirmed to Car and Driver. Toyota also confirmed that the next-gen C-HR will not make it to North America and instead will be sold in ...


View more: Toyota C-HR Will Be Dead in North America after 2022

The Toyota Camry has always been known to be the ultimate “Uncle Car”, offering a great level of comfort and refinement. As comfy as it was, the Camry was never really about being stylish or a status symbol, but that has finally changed with the latest 2022 version we’re ...

When the folks at Suzuki Malaysia contacted me to inform that the 2021 Suzuki GSX-R1000 was ready to be reviewed, I wasn’t really looking forward to it because superbikes were never really my thing. I never liked riding sports bikes because I am a big dude, and I didn’t ...

When one mentions “Japanese middleweight naked bike” in Malaysia, the first couple of bikes to pop-up in our minds are probably the Kawasaki Z800 or the Yamaha MT-09, as there are just so many of them out there. But what if you want something that is just as good, ...


View more: Review: Suzuki GSX-S750 – Stand Out from the Rest

Maruti Suzuki has taken the wraps off the all-new Grand Vitara during the 7th-anniversary celebrations of NEXA. The new Grand Vitara marks Maruti Suzuki’s entry (finally) into the mid-size SUV segment in India. It will compete against the likes of the Hyundai Creta, Kia Seltos, Skoda Kushaq, Volkswagen Taigun, ...

Drive to Eat in Malaysia! - mGuides

2023 Mazda6 20th Anniversary Edition Revealed, But Not For The US

Mazda’s heading up market with the CX-60