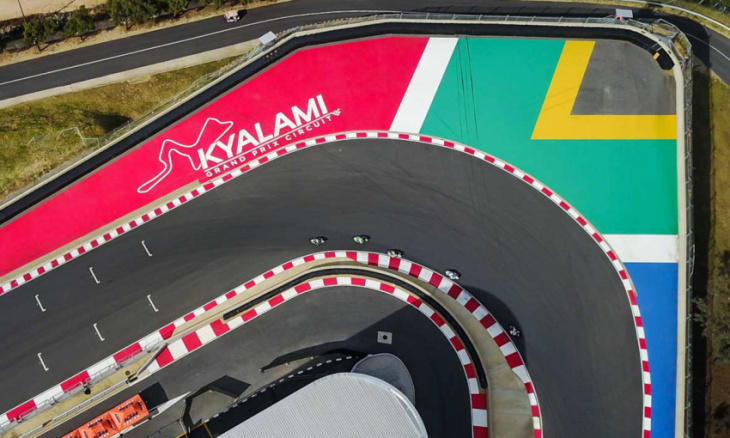 Although not confirmed, racingnews365.com reports that the Belgian Grand Prix is set to replace the Kyalami circuit next year after talks collapsed this week.

Racingnews365.com can exclusively reveal that hopes for a South African Grand Prix in 2023 have been crushed after negotiations between Formula 1, the local race promoter, and the owners of the Kyalami circuit fell through.

Although Formula One, owned by Liberty Media, is determined to hold a race in Africa, a new promoter is likely to be pursued, with 2024 as the new target date. Sources have confirmed that the decision was communicated to the current promotion company, South African Grand Prix (Pty) Ltd, which is led by Warren Scheckter, the nephew of 1979 Ferrari world champion Jody, who also serves as the company’s chairman.

The decision means that the Belgian Grand Prix, set to be axed after its contract expired this weekend, has been given a reprieve for 2023. However, as reported by Racingnews365.com the future Grands Prix at the historic Spa-Francorchamps circuit will be contingent on a rotational deal with another venue.

An announcement is expected this weekend, possibly as early as Saturday morning, with a provisional 2023 calendar (pending FIA ratification in October) issued subject to contract completion.

The calendar is expected to include 24 races, including a provisional Chinese Grand Prix, with the Belgian race placed between the British Grand Prix in mid-July and the Hungarian race later that month.

What stopped the South African GP from happening?

The main impediment to the 2023 race was a lack of tangible government support. The South African Department of Tourism was willing to contribute through a special tourist levy but unwilling to issue guarantees.

Patrice Motsepe, South Africa’s richest man and President of the Confederation of African Football, initially discussed loan funding for the event with SAGP. Still, the company could not meet the circuit lease conditions stipulated by Kyalami.

Toby Venter, whose family trust owns Kyalami, has stated repeatedly that a South African Grand Prix would be welcome but “Not at any cost.” He once told RacingNews365.com that every SAGP promoter eventually went bankrupt or into liquidation.

Motorsport South Africa, the FIA’s local sporting authority, had also expressed concerns about the shortened timeframe, citing the country’s lack of a Grand Prix in 30 years. MSA President Anton Roux flew to Austria in July to discuss the situation.

Another stumbling block was that the South African circuit would require $15 million in upgrades to meet FIA Grade 1 license requirements. The short construction timeframe and promoter funding issues ended a potential 2023 race. Kyalami last hosted a Grand Prix in 1993, which was won by Alain Prost.

According to RacingNews365.com, a separate consortium is looking into taking on the project, possibly with funding from the Miami-based 777 investment firm. On Wednesday, a representative from the group, which served as the local promoter for Kyalami’s Intercontinental GT Championship leg in February, is said to have visited F1 in London to begin preliminary talks.