It retails for the equivalent of $894 USD, but is available only in India. 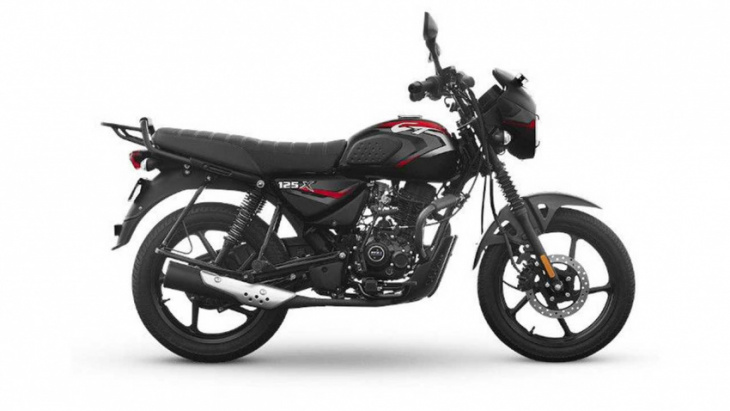 India and other parts of Asia are full of small and handy motorbikes that are extremely light on the wallet. For instance, the new CT125X has just been introduced by Bajaj in India. The model’s starting price is Rs 71,354, which is equivalent to about $894 USD. With the introduction of the new Bajaj CT125X, the brand has returned to the 125cc commuter class, which is known for its low-cost, functional offerings.

The recently released Bajaj CT125X comes in two variants: disc brake and drum brake, which are distinguished chiefly by the bikes’ braking systems. Briefly said, the Bajaj CT125X is the 125cc version of the Bajaj CT 110X and delivers a little bit more power and features that will undoubtedly be handy for individuals who plan to use the bike as a workhorse machine. Three color combinations are available: green and black, red and black, and blue and black. 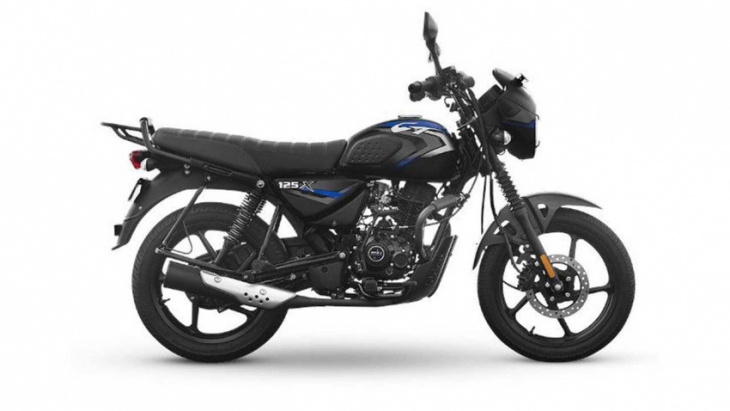 Additionally, the Bajaj CT125X’s graphics change slightly from those on the Bajaj CT 110X in that they have a sleeker, more understated appearance. A ribbed seat, ‘125X’ badging, and a blacked-out kick starter are also added. Along with these stylistic additions, it also has dual-purpose tires on both the front and back wheels, a luggage carrier above the exhaust to prevent luggage from being damaged by the exhaust pipe, and rubber grips on the side crash guard and handlebar. Fork gaiters, a blacked-out engine guard, and a rear grab rail with a built-in luggage rack highlight the bike’s tough appearance even further.

In addition to these features, the recently released Bajaj CT125X has an all-black paint scheme that gives the motorcycle a little more athletic appearance. It also has an analog instrument cluster and halogen headlamps with V-shaped LED DRLs in the cowl. A 124.4cc, single-cylinder, air-cooled engine powers the new Bajaj CT125X, producing 10.75 horsepower at 8,000 rpm and 8 ft-lbs of maximum torque at 5,500 rpm. This power is transmitted to the ground using a five-speed manual transmission.

The new Bajaj CT125X is equipped with 80/100 R17 and 100/90 R17 tires for the front and rear wheels, respectively. Additionally, the standard model’s brakes are 130mm drum brakes on both ends. It’s also important to note that the disc variant gets a 240mm disc up front. In addition, the Bajaj CT125X has dual Nitrox shocks at the back and telescopic front suspension. As it’s specifically made to deal with India’s less-than-ideal road conditions on a daily basis while also being able to handle some cargo, you can expect the suspension to be soft and compliant. 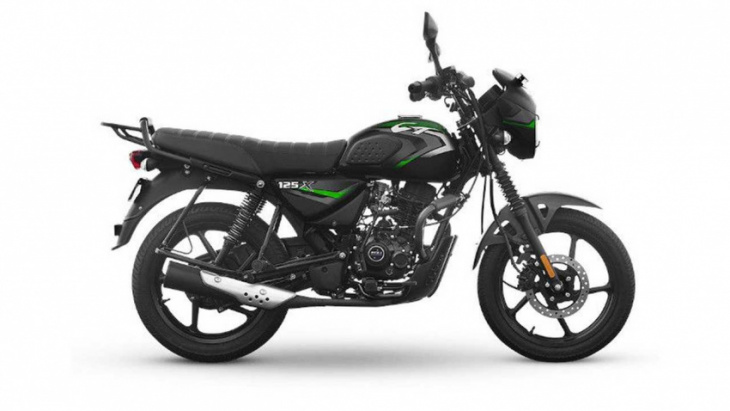