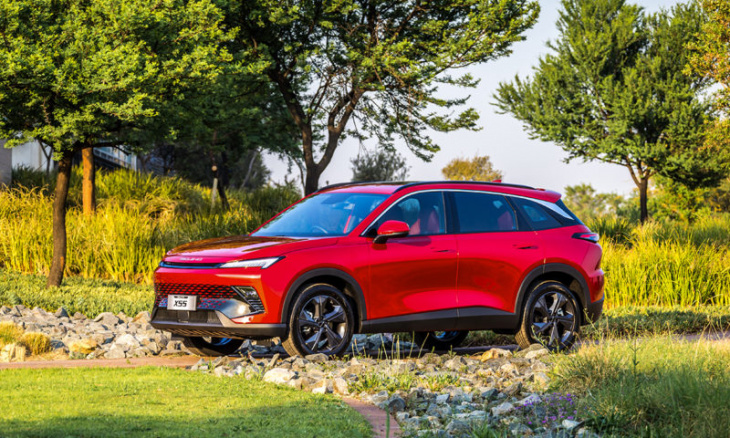 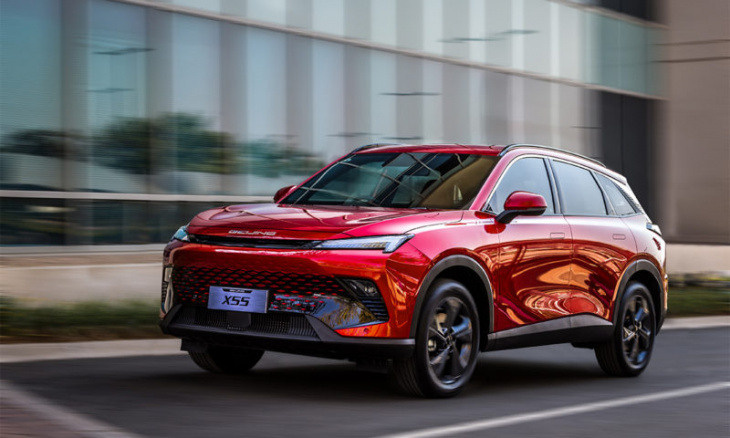 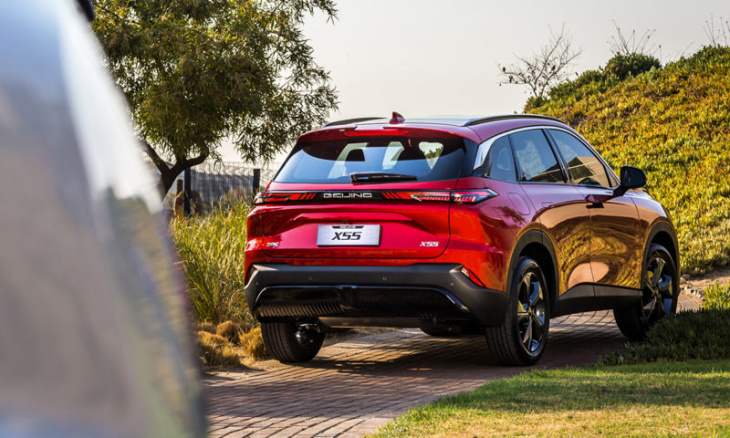 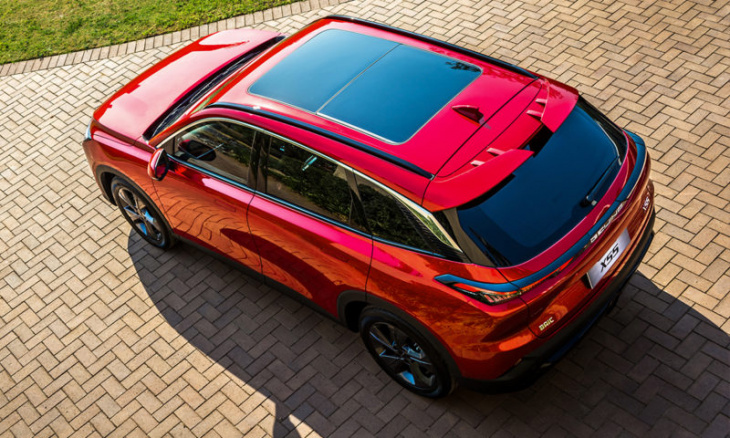 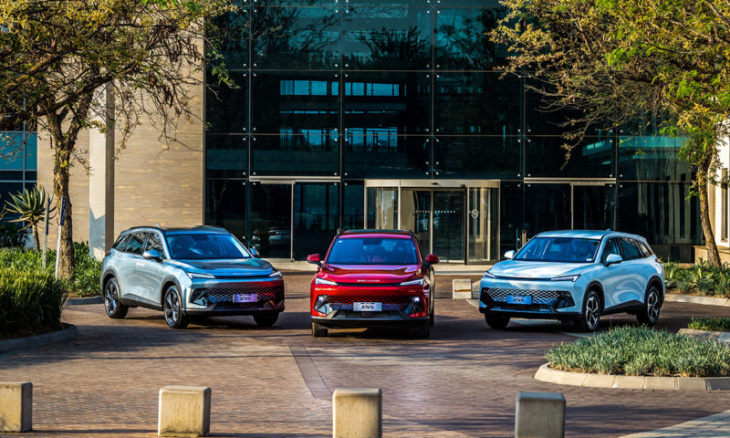 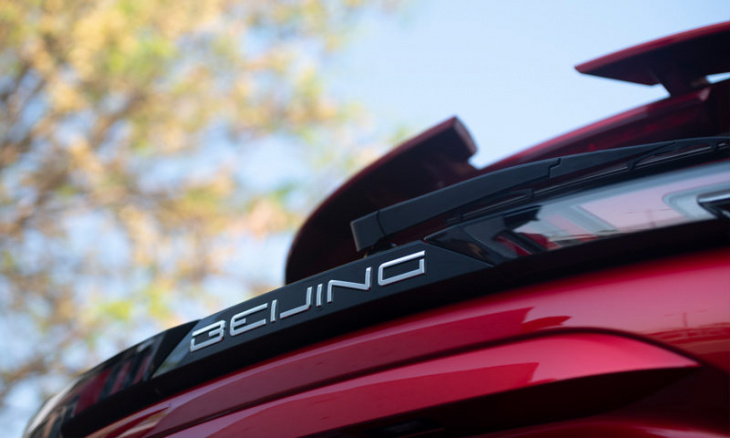 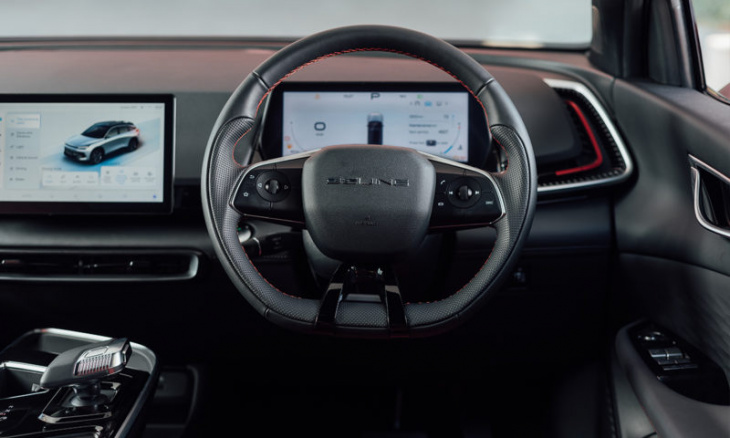 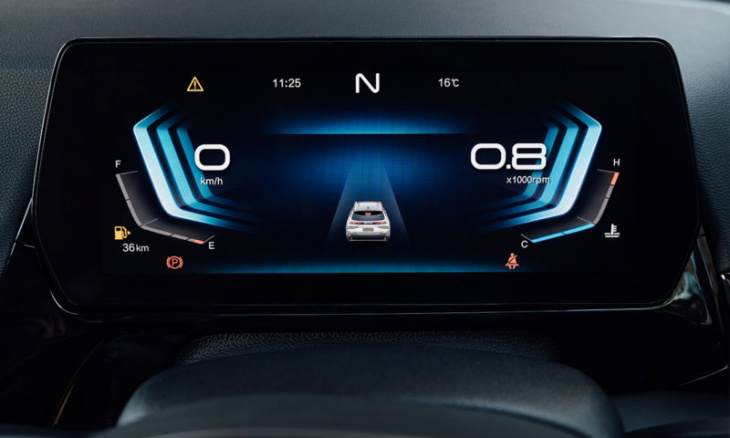 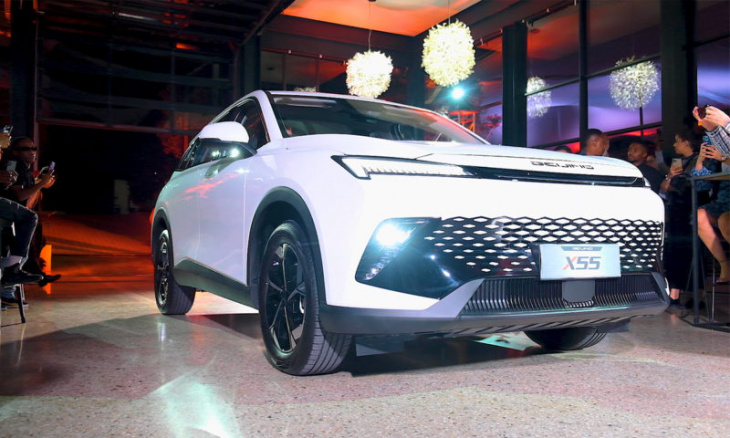 The Chinese have been on a relentless offensive in the South African automotive space. First, it was Haval, with the introduction of the Jolion and P-Series bakkie. The following year Chery stepped up with the introduction of a new range of vehicles. Although we may be at the tail end of 2022, the year isn’t officially over and another Chinese brand has taken its position for a free kick in front of the goalposts writes Gugu Masuku. 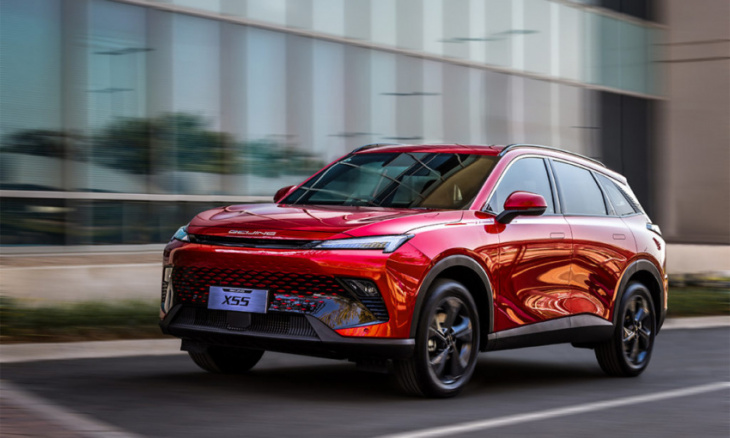 Meet Beijing, formally known as BAIC. For their reintroduction, the Chinese firm opted to go the SUV route, because that’s where people are spending their money. The Beijing X55 compact SUV is the first product of the ‘Beijing Benz’ alliance, a partnership between Beijing and Daimler.

Externally, the new X55 exudes an EV aesthetic and could be mistaken for a Tesla if you squint from a distance. This is courtesy of the lightning-shaped headlamps and the unconventional bumper which looks like it belongs to an EV concept car. Whatever the case, the Beijing looks like it’s from the future, which as we know, is electric. Size-wise, the Chinese have somehow managed to make the X55 appear smaller than it actually is, and it’s when you’re seated inside that you realise its true proportions…

People generally buy SUVs for space, and the Beijing X55 is deceivingly spacious. The first thing you’ll notice inside are the Lamborghini design-inspired seats, which are draped in artificial animal hide as well as the authentic material in the top variant. Seat upholstery is offered in different colour variations including red and grey. It’s a welcoming cabin with plenty of storage room for small items on or under the floating centre stack. As you peer around, you notice the Beijing Benz alliance in real time. Items like the roof-mounted lighting panel, indicator and cruise control stalks, and the window and mirror controls on the driver’s door have been inherited from its German lineage. For an instrument cluster, the Beijing uses a digital screen, which sits parallel to a 10,1-inch infotainment screen. The latter offers smartphone mirroring through a built-in app, and your conventional Android Auto and Apple CarPlay are not offered here. There’s that saying about reinventing the wheel – well the Chinese felt differently. However, their inbuilt app allows you to mirror your smartphone and gain access to all of the functions through the media screen. 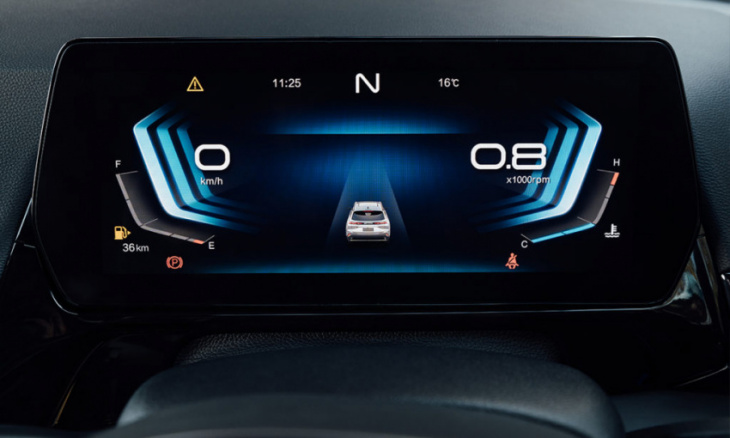 You may enjoy spending more time in the rear of the X55 than the front, simply because of the comfort and space offered in that section. With a reclined backrest and plenty of legroom, it’s the perfect setting for a relaxed drive as a passenger.

For propulsion, the Beijing SUV uses a 1,5-litre turbo petrol engine across the entire range. We enquired whether this was the same unit utilised by the Daimler brand in its Mercedes-Benz products, but the Chinese were tight-lipped on the matter. Nonetheless, the Magic Core 1,5-litre unit is impressive. With 130 kW and 305 Nm, it keeps the X55 nippy and with plenty of tractability. It has a constant ready-to-go attitude and reassures you that even with a fully loaded cabin, it could bare the extra load without hassle. Transmission options are limited to a 7-speed dual-clutch across the range, and the engine/gearbox combination works well in the X55. Beijing claims an average fuel consumption figure of 7,7l/100km

Forget little rattles and a mediocre ride setup, the new Beijing X55 SUV delivers in this department. Its ride quality is noteworthy, leaving you with the impression of a vehicle built on a solid platform with quality dampening. It’s a pleasant and refined ride with several driving modes available, namely; Eco, Comfort, Sport and Smart. 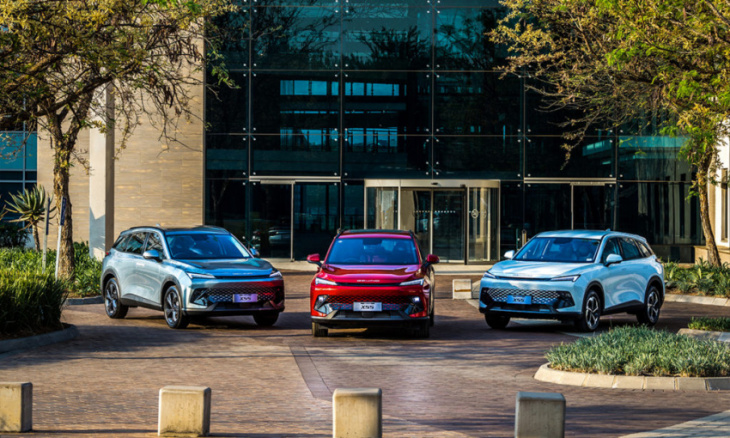 As a compact SUV, the Beijing X55 is priced well for what you’re getting but contends with rivals in a bracket above it. For reference, its proportions are similar to that of the Toyota Rav4. Rivals are plenty in the SUV segment, but the Beijing goes up against the likes of the Haval H6, Hyundai Tucson and the Chery Tiggo 7 Pro. For a new product to stand a fair chance at selling, it needs to be priced correctly. The new Beijing has a starting price of R394 900. Have a look at the full price range here.

Audi is strengthening its development capabilities in China with a significant broadening of its R&D scope in the region and an expansion of its local Audi China R&D team.

Spec rundown BAIC Beijing X55 Customer deliveries of the new BAIC Beijing X55 have started in South Africa with its local pricing and specifications finally revealed. Available in three trim levels, the new X55 is now on sale at a starting price of R394,900. Beijing is BAIC’s new brand ...

The 2020 Beijing autoshow or Auto Beijing. — Reuters SHANGHAI/BEIJING: The Beijing International Automobile Exhibition will not be held this year due to the Covid-19 situation in the country, the organiser of China’s most important auto fair said in a notice today. The organisers had previously postponed the autoshow, ...

It was the first store it ever opened in China, back in 2013.

Command + C then V Space & Interior  Comfort & Convenience  Fuel Economy  Beijing Automotive also known as BAIC locally, have a few models in its lineup which happen to resemble a few other well-known brands models. We take a closer look at the Jeep-esque B40 Plus to see ...

What to expect BAIC Beijing X55 The new Beijing X55 from BAIC will go on sale in South Africa on the 15th of November, the company confirmed to TopAuto. Pre-sales for the crossover will open at all BAIC dealerships from 10 November, with Dynamic, Elite, and Premium specification grades ...


View more: What you can expect to pay for the new BAIC Beijing X55 in South Africa

Does the BAIC Beijing X55 have Isofix?

Does the BAIC Beijing X55 have a sunroof?

How often should a BAIC Beijing X55 be serviced?