AWD Ford Mustang: Is There an All-Wheel Drive Mustang?

If you want a car with sure-footed handling in inclement weather, you might be better off avoiding muscle cars altogether. Still, where’s the fun in that? Dodge offers its beloved muscle coupe and sedan with all-wheel drive (AWD), so you can better pilot it around snow banks and across slick streets. However, is there an AWD Ford Mustang for fans of the current generation or the upcoming S650?

Do Ford Mustangs come in AWD?

Furthermore, even the base GT trim produces 450 horsepower (down from 460 in previous models), which can cheerfully oblige drivers who want tail-happy slides out of their Mustangs. Still, the V8-powered RWD muscle car might not be the best choice for commuters facing ice, snow, and relentless rains.

Will the 2024 Mustang have all-wheel drive?

Although the 2024 Ford Mustang marks the start of the model’s seventh generation (S650), several things will remain the same. For instance, Ford already confirmed some carryover engines. Also, the new generation’s styling appears to be derivative of the outgoing S550 car.

Also, Jalopnik says the S650 Ford Mustang will likely carry over the traditional RWD application, meaning no AWD for the first S650 Mustangs. However, there’s a chance that a future hybrid variant could incorporate sending power to the front wheels via an electric motor, but it’s not likely for the S650.

The 2024 @Ford Mustang debut will be a public party in Detroit, and all Mustang owners are invited: https://t.co/zpVKaUVJdo pic.twitter.com/JmG8GL6axB

Are Ford Mustangs good in snow?

A Ford Mustang isn’t suitable for snowy and icy conditions without some modifications and care. With horsepower figures well above 300 at every trim level, the newest Mustangs are powerful enough to break rear wheel traction often. Add RWD and V8 power to the mix, and even the most current and advanced pony cars could be a handful in inclement weather. It’s not a problem unique to the Mustang, though.

For instance, a supercharged V8-powered Dodge Challenger can produce around 800 horsepower in a RWD application. Not exactly Audi Quattro status. 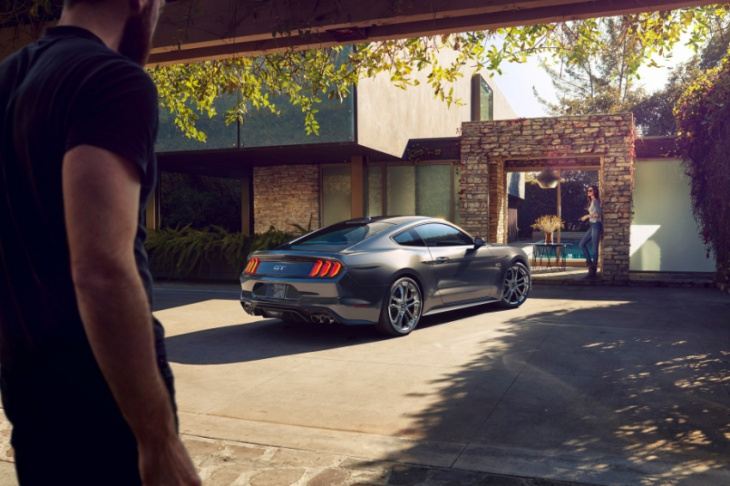 Can I drive a Ford Mustang in the winter without AWD?

You can take a few measures to better prepare your pony car for winter. First, a set of winter or all-season tires will perform much better than summer or performance tires in tricky conditions. Furthermore, using driver aids like Traction Control and Stability Control can help on wet surfaces. Finally, driving your car with a healthy respect for its horsepower can help you avoid a crash.

What can you buy instead?

While Ford doesn’t build an all-wheel drive (AWD) Mustang or have plans to make an AWD S650, there are alternatives. If you want a modern muscle car, you can buy a Dodge Challenger SXT or GT with optional AWD. Of course, neither AWD Challenger trim offers a V8. Further, if you want an AWD car with a comparable price tag to a 2022 Ford Mustang GT, you could opt for a newer 2022 Audi A4.

Scroll down to the following article to read more about collectible Mustangs!

Keyword: AWD Ford Mustang: Is There an All-Wheel Drive Mustang?

Best Ford Mustangs of all time