Hundreds, nay, thousands of your favorite Italian cars of yesteryear crammed into 15 halls and all the spaces in between. 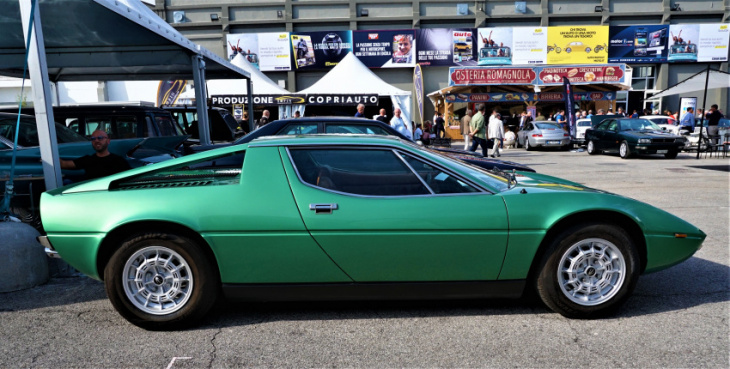 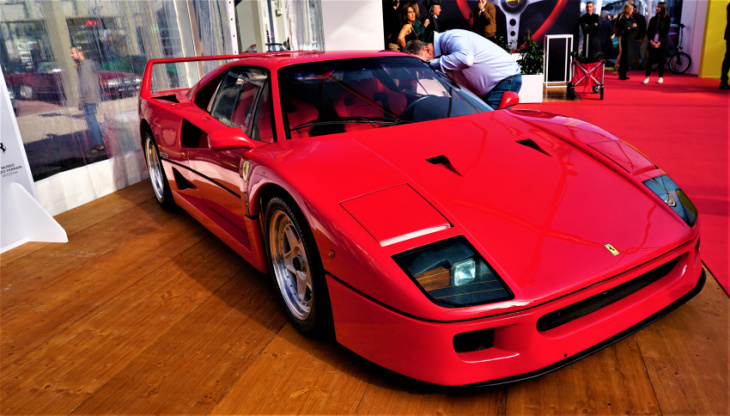 Ferrari Classiche participates in Epoca every year, with a display of fantastico cars parked right at the main entrance. This year they brought six beautiful historics.

The F40 may have had only 478 hp from a twin-turbo V8, but it defined the supercar back in the 1980s. Even today it inspires awe among those who see it, while those who have driven it love it too, though some complain of turbo lag. They’re just not keeping the revs up. 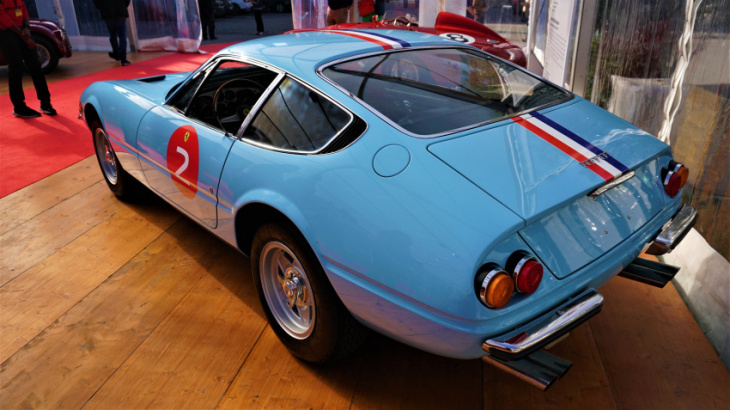 The name Daytona pays homage to the victory of the Ferrari P4 at that high-banked track, while Leonardo Fioravanti’s design for Pininfarina would define its own era of the gran turismo. 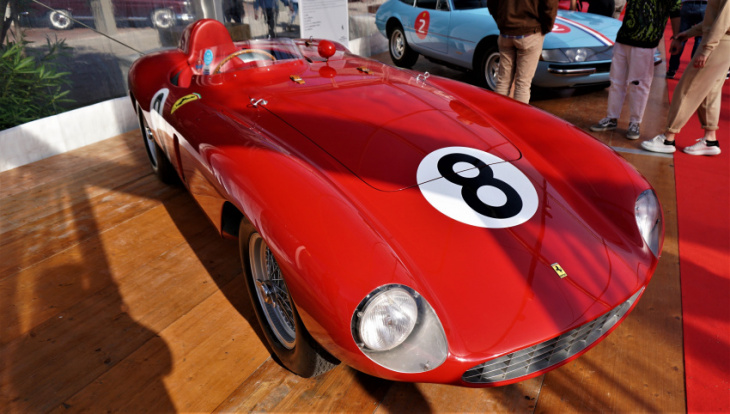 Most people don’t realize the Monza had only a four-cylinder engine, but its three liters of displacement did just fine in the small, lightweight barchetta body, and won Ferrari the sports car championship in 1954. 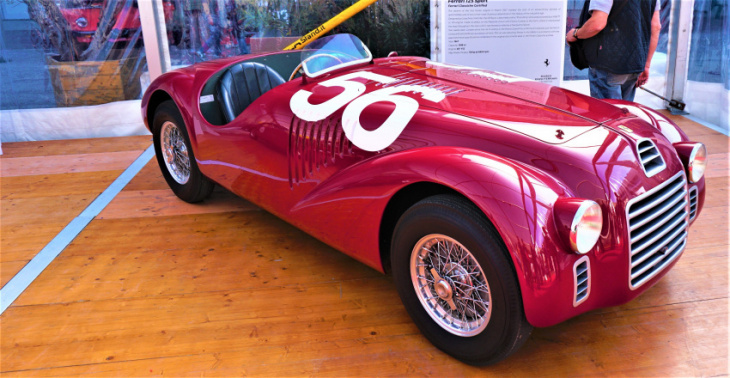 This is the famous first Ferrari, the debut car when Enzo himself started building his own car instead of working for Alfa Romeo as he had before the war. The 125 was powered by a 1.5-liter V12 designed by Gioachino Columbo, whose engines would go on to legendary status in many other cars from the Prancing Horse. The 125 S won its first of many races at the Rome Grand Prix in the year it debuted. 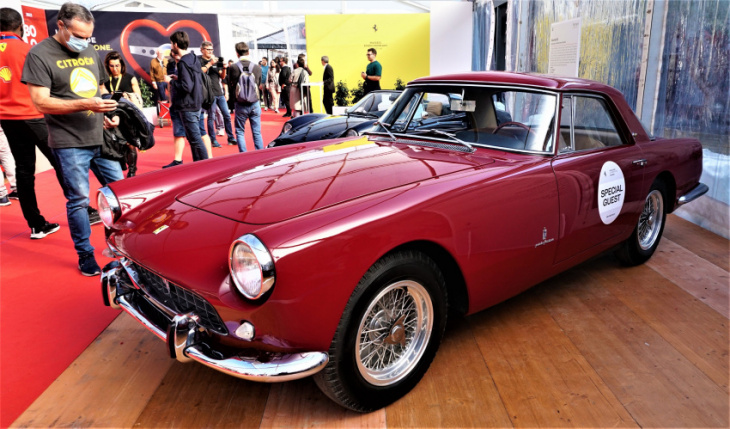 This was the first “mass production” Ferrari, with 335 built over three years from 1958 to 1960. Of course, mass production has to be redefined in the early years of Ferrari, but it was a relatively high figure for the fledgling automaker. The car had a 240-hp 3.0-liter V12.

Like so many Ferraris, this one would define what a sports car was in its particular era. The 2.4-liter V6 made “only” 195 hp, which, if you wanted to complain, might not have been enough. But no one was complaining. 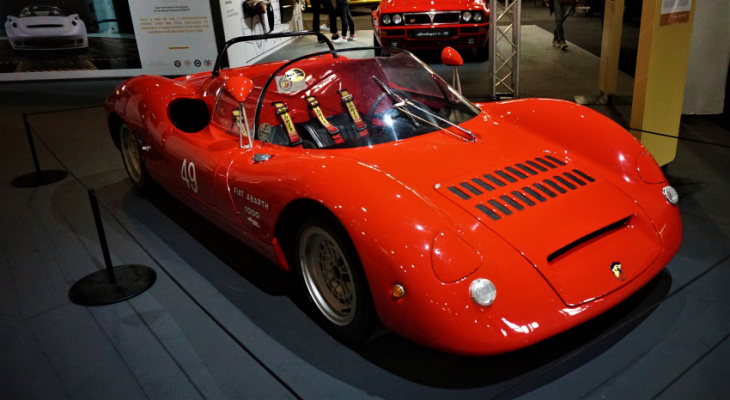 Inside the show was a hall dedicated to the heritage departments of several automakers. The first one you see is Fiat. Imagine getting to drive this lightweight, nimble car.

Powered by a small 982-cc inline four-cylinder engine, the 1000 SP made only 105 hp. The “Sport Prototipo” was nonetheless quite agile given that it had a dry curb weight of just 1058 pounds. 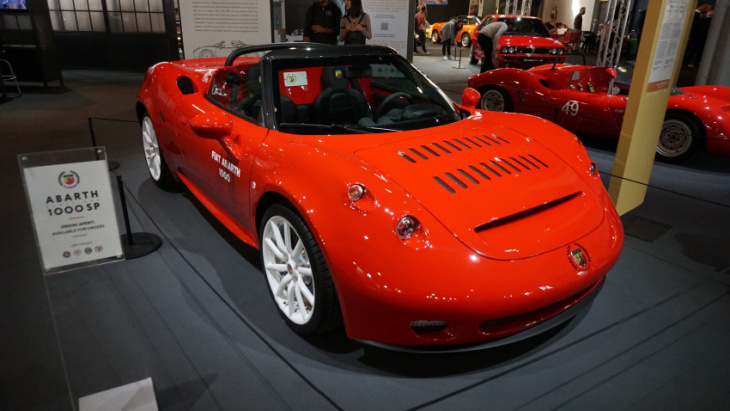 This is a modern interpretation of the car above, with looks that promise it might be just as fun. 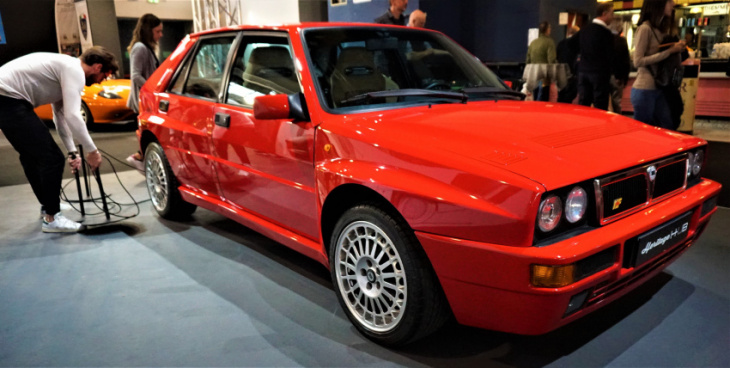 This model is the fifth and final series of the famous Delta HF Integrale known as the Evo 2. The Integrale won six World Rally Championships in a row from 1987 to 1992. This particular car never left the Lancia company and has only a few miles on the clock. 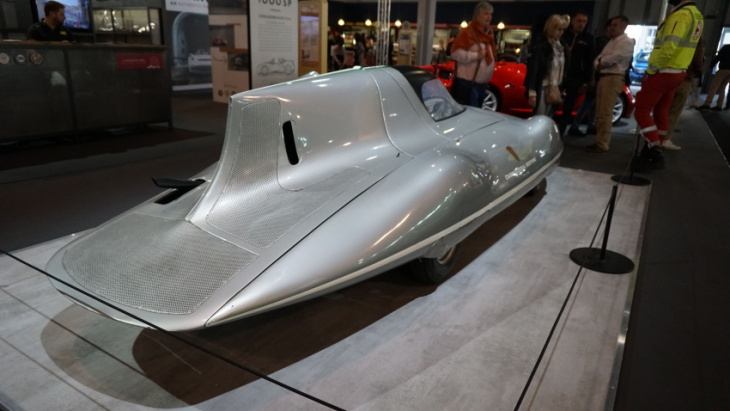 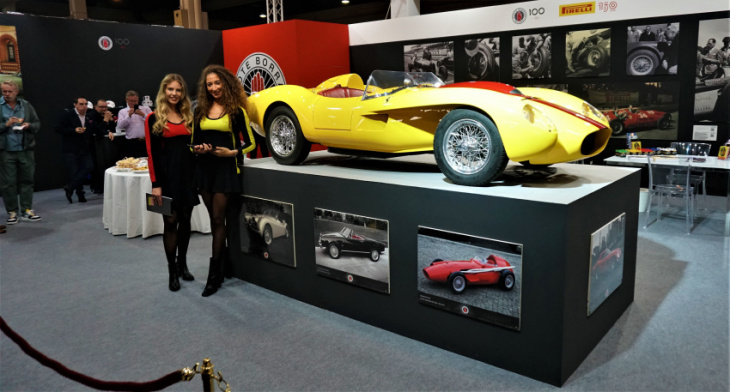 Ruote Borrani Milano makes wire spoke wheels for cars and motorcycles, but what better way to draw attention to that than this exquisitely detailed 75% model of a Ferrari Testarossa? The small Ferrari is the product of The Little Car Company in Bicester, UK. It’s powered by a little electric motor. Depending on which drive mode you engage and how many kilowatts are sent to the electric motor, the li’l Testarossa can hit 50 mph. 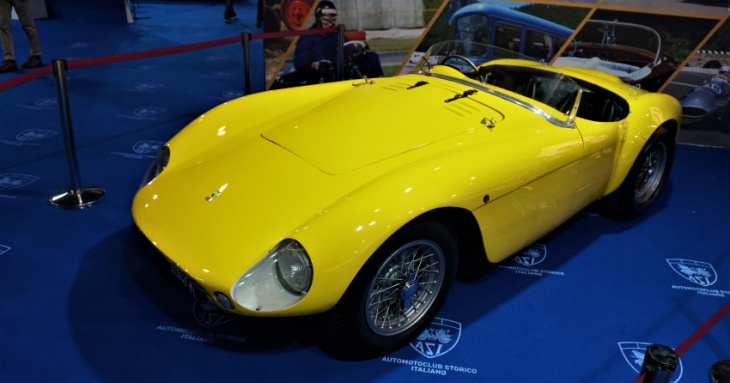 Mario Righini has the biggest car collection in Italy. This is his 750 Monza.

“It’s a car like any other but when you drive it well it comes alive,” he said. Gorgona Cars is based in Rome and made this NM concept by taking a first-generation NA body and dropping a fourth-generation ND engine into it. They removed the folding top and the windshield and added a hard tonneau cover. If you provide the donor car, they’ll make you one—in Rome—for $70,000 plus tax, which can be a little high in European countries. 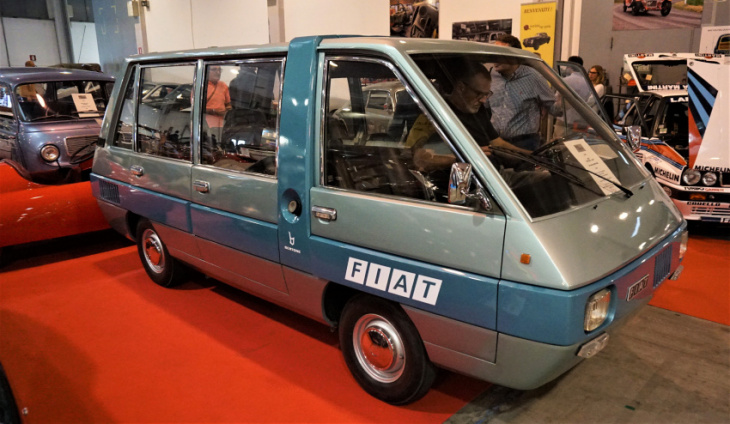 This is what you got ferried around in if you visited Carrozzeria Bertone in 1974. 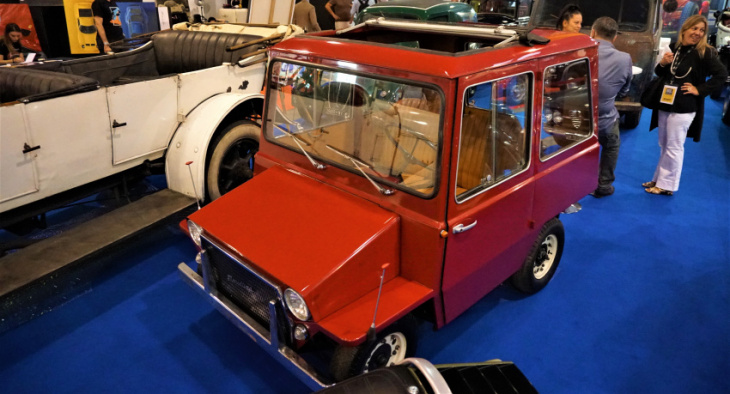 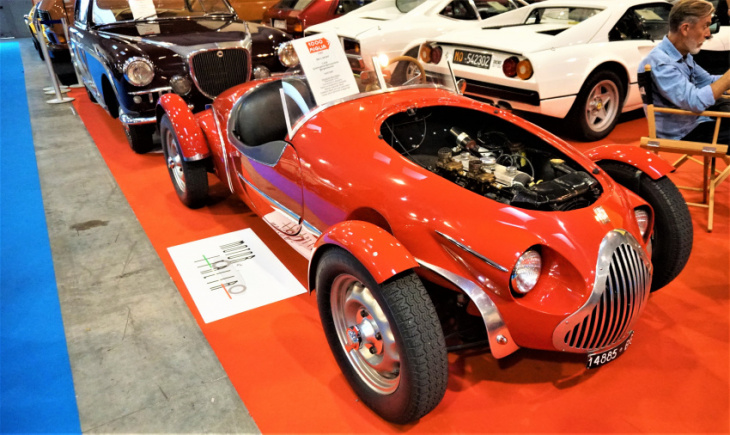 This car was built by Costruzione Aeronautiche Bergamasche in 1947 on a 1937 chassis. The body is hand-built aluminum and the engine was tuned by Nardi.

This is “Prototipo” number 1, shown at the Turin Auto Salon in ’66. 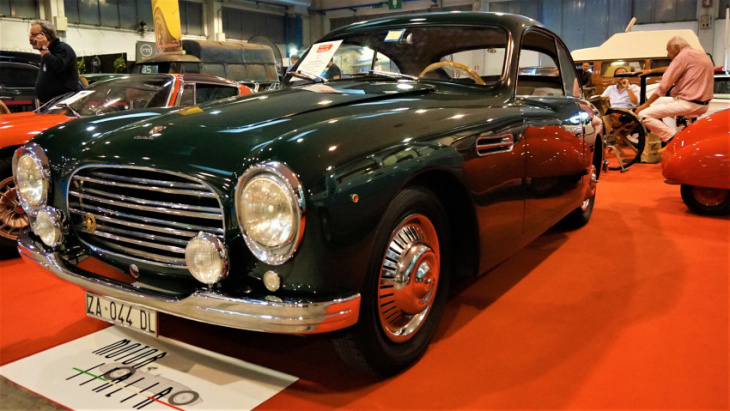 One of only 25 ever made, if we’re translating the window sticker right. Such a simple design and yet so elegant. 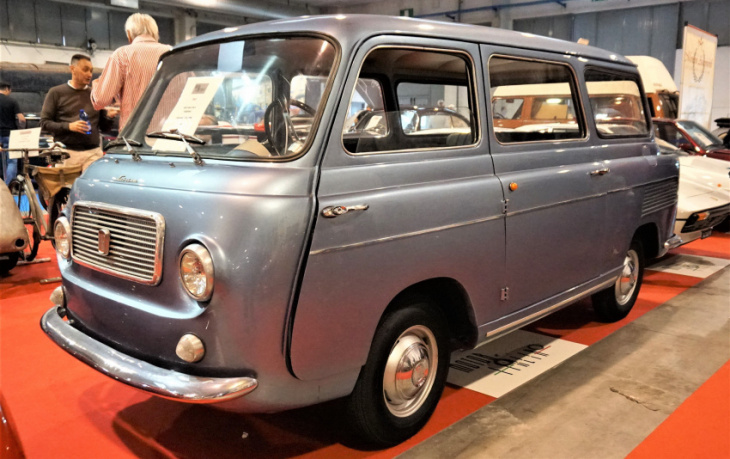 This one was done by Carrozzeria Fissore and was called “Sabrina.” 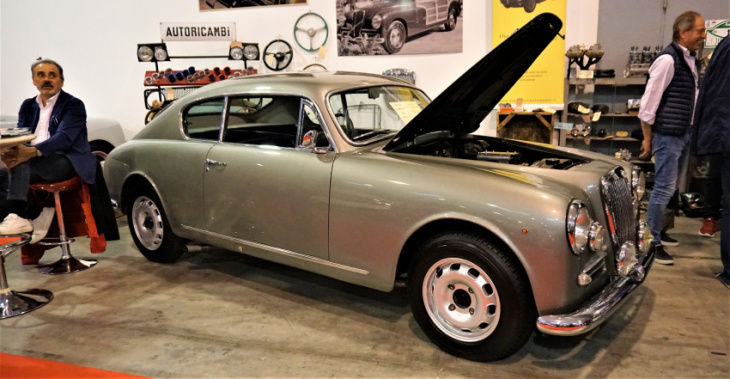 This Pininfarina body had a Nardi kit, a “sport” front axle with “race car drums,” and original FIVA documentation. 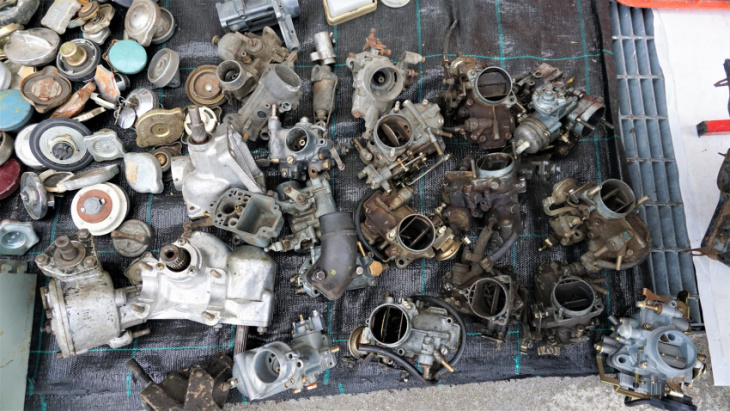 There were several dealers with all kinds of car parts spread out on tables or on the ground. Pick yours. 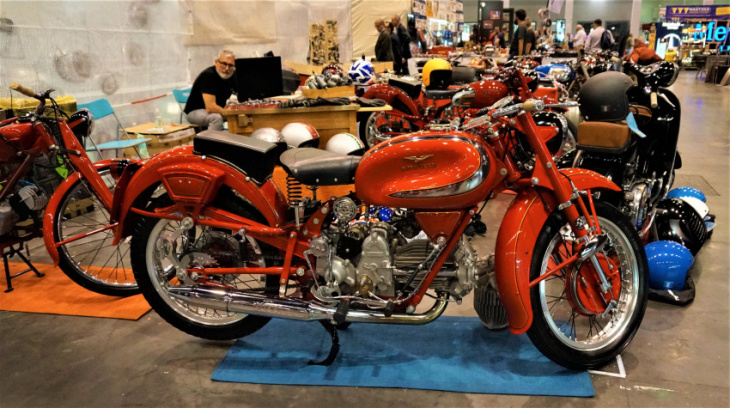 A brand with a cult following here in the United States. 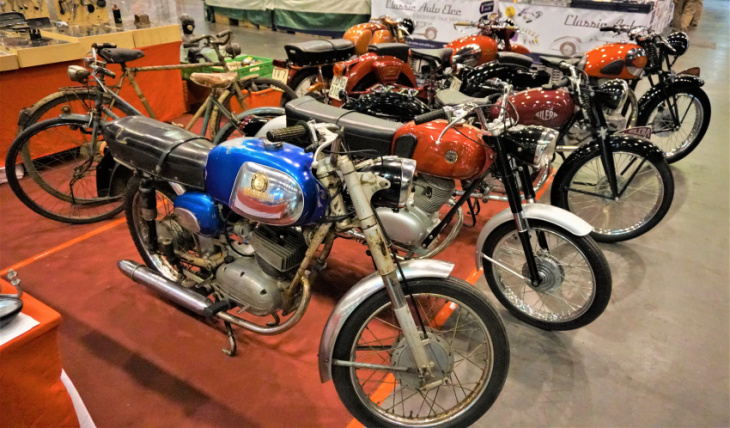 Pegaso began making mopeds in 1955, when two engineers from Motom of Milan decided to create their own motorcycle company, SIM (Societa Italiana Motori), according to cybermotorcycle.com. 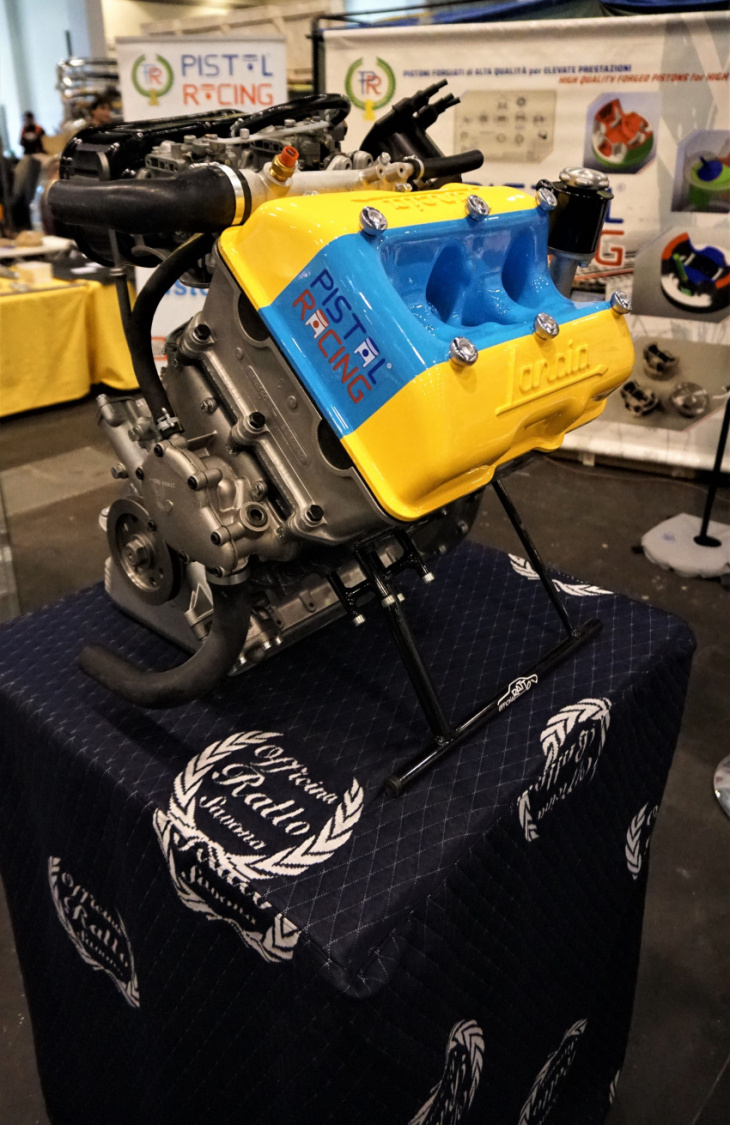 One of many engines on display. 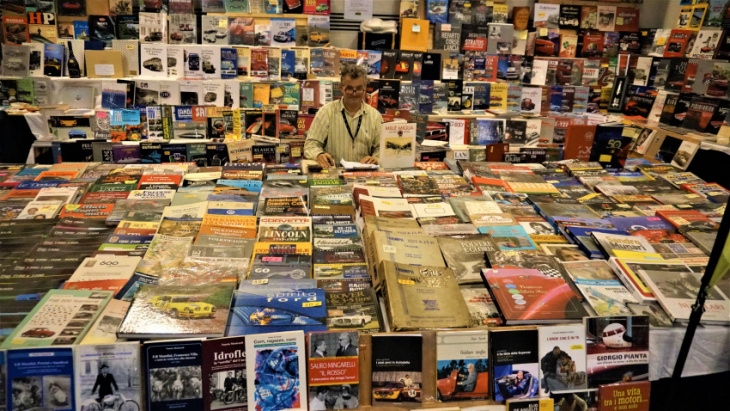 An assortment of books on display.

Note the dual steering wheels to satisfy two siblings who may not want to share wheeltime. The Ghibli SS got a slightly larger engine than the regular model, a 4.9-liter V8 good for 330 hp and a top speed of 174 mph. This one was a mint preservation. This one was fully restored, according to the seller, Mario. Most everything at Epoca was for sale. 30 horsepower and it needed them all. Cutest car ever made, bar none. The Multipla was the first and original minivan.