Austin Cindric: Round Of 12 ‘Exciting For Someone In My Position’ 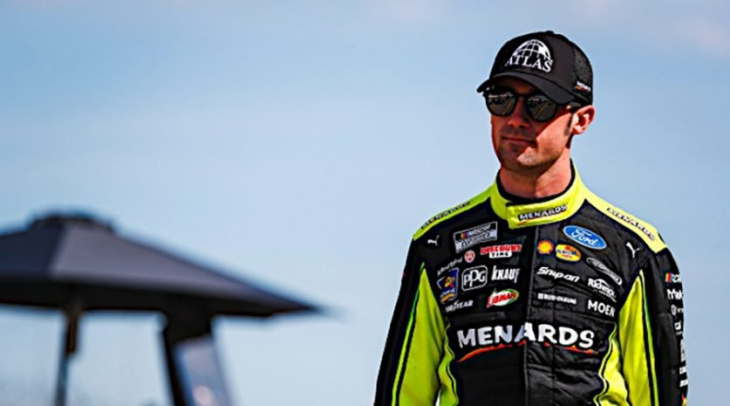 While Kyle Busch and Kevin Harvick got the boot, the Team Penske driver was among the 12 drivers who advanced to the second round of the NASCAR Cup Series playoffs.

That was after Cindric had to come back from a tire issue and going four laps down during the 500-lap race at the short track.

Cindric said that the hurdles he overcame at Bristol are a “motivator” to anyone on his team that doubted their chances.

“We’ve already proven that you cannot give up in these situations. You don’t know what’s gonna happen, so I think going through that experience certainly helps, but, yeah, obviously, the team dealt with the situation great and we were able to put ourselves in position to advance to the next round.”

Now Cindric finds himself in the Round of 12 with both of his teammates – Ryan Blaney and Joey Logano – also still alive in the playoff hunt and two tracks – Talladega Superspeedway and the Charlotte Motor Speedway Roval – Cindric could be a major threat at.

Cindric made the the playoffs when he narrowly won the Daytona 500, becoming the first of five first-time NASCAR Cup winners this season. And with five NASCAR Xfinity Series wins on road courses, Cindric is more often than not in the conversation whenever the series goes to a track where it has to turn right and left.

Cindric said he wants “to take advantage of the chance” he has now with his unexpected advancement in the postseason.

“I think if someone would have offered me a Daytona 500 win and further into the playoffs at the beginning of the season, yeah, I probably would have taken that deal in my rookie year,” Cindric said. “But I also believe and I’ve said it at playoff media day that we’re in an era that you’re probably gonna have to win races to make it to the Championship 4, at least in the playoffs and I think in the season where past champions haven’t made it into the playoffs, you have to look at yourself and say this is not an opportunity that’s guaranteed every year.  You can’t just be competitive and make it into the playoffs.  You have to be winners at some point in the season, so not saying I can’t go out next year and go win a race or two, but I’m just saying it’s hard to do that in the Cup Series.”

But before he and the rest of the series tackle Talladega and the Roval, they have to take on 500 miles of racing at Texas Motor Speedway in Forth Worth.

Cindric finished third at the track earlier this year in the NASCAR All-Star Race, leading seven laps in the process. But that event was 140 laps and ran at night. Sunday’s race is scheduled for 334 laps and will be held in the heat of the day.

“Texas has always been a track position race,” Cindric said. “I think the biggest difference heading into it, I mean, we’re like mid to high 90s this weekend and we were 70s at night in the All-Star Race and that’s a pretty big difference in pace and fall off. Not that Texas has a lot of fall off, but enough to where you’re probably gonna want tires.

“It’s also a different tire than what we did in the All-Star Race, so I think there’s a lot of differences that are certainly gonna have to change your mindset of how you approach the race and how you approach strategy. It’s also a 500-mile race. I didn’t really even realize that until this week, so that’s another long race where you have to execute really well. I think execution has been at a premium this season, but a lot of difference heading into this race than the All-Star Race, which is why I’m not like, ‘Man, we dominated the All-Star Race as a team and won a stage and won a million bucks as an organization with Ryan.’ Thinking that we can just go out there and set the world on fire I don’t think is realistic.”

No matter what, Cindric said, the Round of 12 will be “stressful for somebody.”

“I think Talladega is obviously without saying a wild card and the Roval, even if you’re not good, you can probably strategize some ways to get points,” Cindric added. “So I think this round is exciting for someone in my position and trying to maximize it.”

Keyword: Austin Cindric: Round Of 12 ‘Exciting For Someone In My Position’