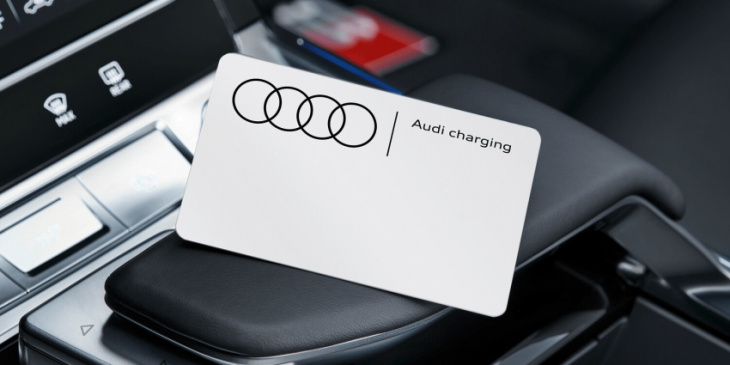 Audi has unveiled its new charging service, Audi Charging, which will replace the existing e-tron Charging service in the new year. Audi Charging will launch in 27 countries, including Germany, on 1 January 2023 and will be expanded later in the year.

The e-tron Charging Service that was launched in 2019 was still offered in cooperation with Digital Charging Solutions (a joint venture of BMW, Mercedes and BP). The VW Group’s charging subsidiary was founded later, and operates charging services for the VW, Skoda and Seat/Cupra brands, among others. Since Audi is of course part of the Volkswagen Group, a change from Audi to Volkswagen Group Charging GmbH was a fairly natural move to come sooner or later.

Audi Charging offers three tariffs (as do the services of the other VW Group brands) called Basic, Plus and Pro. As with the well-known Elli services, there are different prices in each European country, so we will concentrate on the electrive home country of Germany at this point: 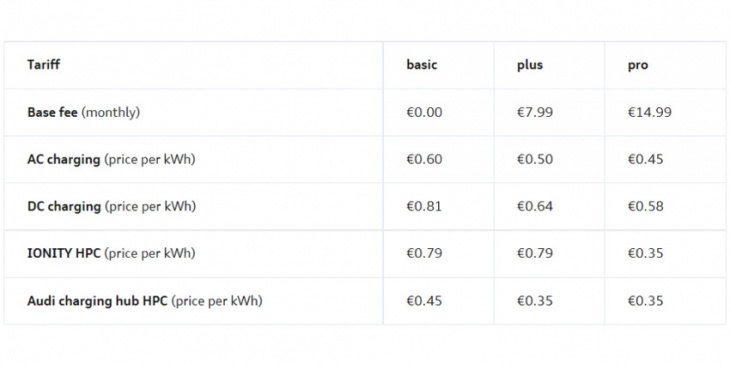 Apart from the peculiarities of the Audi Charging Hub and the discounted 35 cents/kWh for frequent drivers with Ionity, the new Audi tariffs are, therefore, slightly more expensive across the board than the charging tariffs for the VW Group’s volume brands, which will be standardised in April 2022. It is not yet clear whether these will remain cheaper or whether they will also be raised to the Audi level at the beginning of 2023.

Audi promises its customers “full transparency about the expected charging costs” from the prices set for each country before the start of a trip abroad. Audi says that these prices are fixed but differ from the rates in Germany.

When buying a new all-electric Audi, the manufacturer will pay the basic fee of the Pro tariff of 14.99 euros/month for one year, so customers save 179.88 euros. Afterwards, customers can manage their contract online or via the “myAudi” app and book another tariff “with just a few clicks”.

Audi Australia has confirmed that a plug-in hybrid variant of the Q5 mid-size SUV will be landing locally in the second half of 2023. Available to order now, the 2023 Audi Q5 55 TFSI e Plug-In Hybrid combines a 2.0-litre turbo petrol engine with a 14.4kWh battery pack for up ...

An Entry Level Luxury BEV That Audi Buyers Will Feel At Home In While many brands are just now dipping their toes into the battery electric vehicle pool, Audi has been swimming around in it for quite a few years, and is making even more waves with perhaps their most ...