Comparing the Audi R8 to the Acura NSX is like comparing an old-school barber to a modern one. They both achieve the same goal, but one uses a straight razor while the other uses an electric one. It’s the same thing with these two supercars.

The second-generation Acura NSX relies on high-tech hybrid technology, while the Audi R8 uses old-school V10 power. They both get the job done as far as providing a thrilling driving experience, and both nameplates are discontinued. Which made us wonder; which used version of these two supercars is a better buy in 2022? 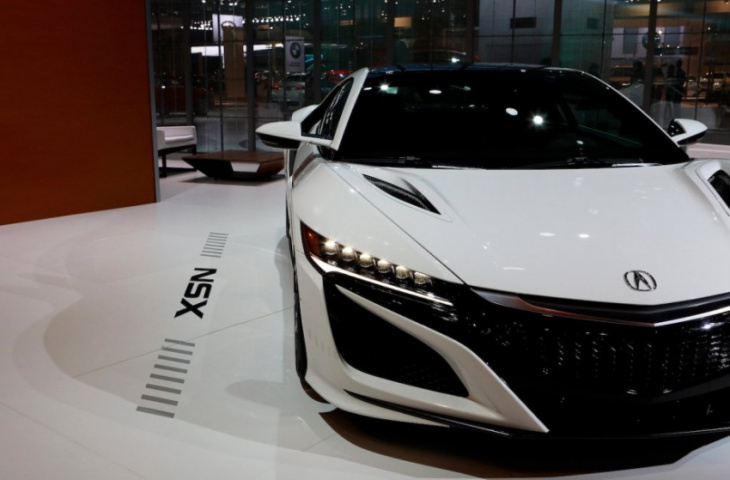 A 2017 Acura NSX on display at the Chicago Auto Show. | Photo By Raymond Boyd/Getty Images

Since we’re looking at used models, it would only make sense to compare five-year-old examples to each other. Also, 2017 was when the second generation of the Acura NSX made its debut, so it could be interesting to see how well it holds up in today’s market.

The 2017 Audi R8, on the other hand, can be found selling for around $110,000 to $130,000, depending on the location and condition of the car. Again, that’s around the same price the car sold for when it was new. Then again, in the current car market, that shouldn’t be too surprising.

The NSX uses more technology than the R8 for its power 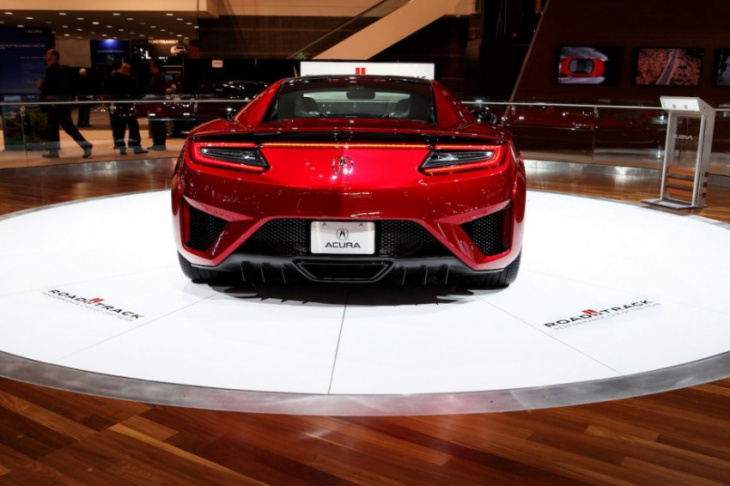 2017 Acura NSX is on display at the Chicago Auto Show. | Raymond Boyd/Getty Images

The 2017 Acura NSX is powered by a complicated powertrain that utilizes turbochargers, a V6 engine, and electric motors. The base of it is a twin-turbo, 3.5-liter V6 engine that produces 500 hp on its own thanks to its two turbos that run at 15.2 psi. The engine is mated to a direct-drive motor that adds 47 hp and charges the battery pack, which is located in front of the mid-mounted engine.

There is also a pair of motors, which adds 36 hp and 54 lb-ft of torque to the front wheels. According to Motor Authority, “These motors can power the car alone under light load conditions and provide highly-focused torque vectoring control.” All of this electromechanical wizardry is tied together with a 9-speed DCT that puts down the total system output of 573 hp and 476 lb-ft of torque to all four wheels.

The 2017 Audi R8 is technologically advanced but in a different way. The German supercar is powered by a more-traditional 5.2-liter V10 engine that’s sourced from the first-generation R8. However, it’s been updated with port injection, cylinder deactivation, higher compression, and revised tuning.

All of those revisions equate to a power output of 540 hp and 398 lb-ft of torque, which is put to the ground via a 7-speed dual-clutch gearbox.

Which supercar is quicker? 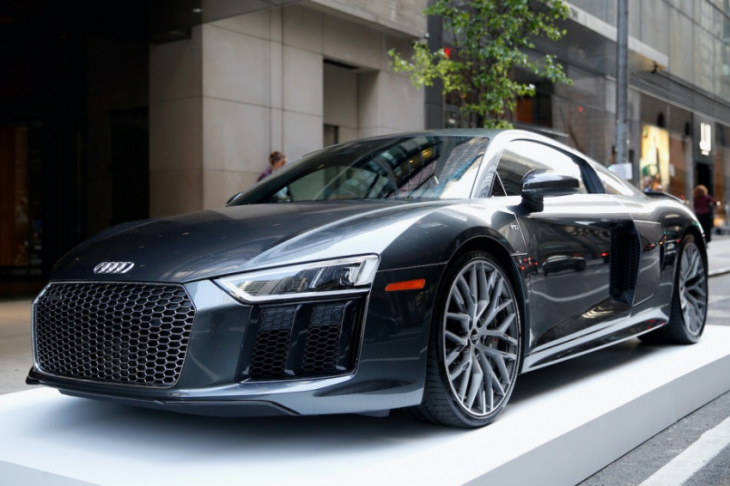 Although the Acura NSX and the Audi R8 make their power in vastly different ways, they’re similar when it comes to performance. According to Acura, the NSX can get to 60 mph from a standstill in just 3 seconds and up to a top speed of 191 mph.

The Audi R8 has a similar 0-60 mph time, but it can go up to 199 mph. Of course, we wouldn’t expect the average driver to reach those speeds. Especially not on the street.

Which supercar should you pick?

When it comes to on-road manners, both cars are very livable. Motor Authority noted that the NSX’s ride quality is “firm but pliable,” and it “won’t scramble your kidneys.” The Audi’s magnetic dampers help soften things up a bit, depending on the drive mode you put it in. And the NSX’s magnetic dampers do well in soaking up rougher roads.

So, which one should you pick? Considering they’re pretty equal, we would recommend the NSX’s new-school technology over the R8’s old-school V10 layout. When you’re spending upwards of $130,000, it could be worth getting what you paid for in the form of a unique hybrid powertrain.

However, if you just love the sound of a good V10 engine, you still can’t go wrong with the Audi R8.

It was announced earlier today that the five-time Bathurst 1000 winner had declined an endurance driver contract extension with T8. His new home has swiftly been revealed, with Tander signing on with Ford squad Grove Racing for the 2023 Sandown 500 and Bathurst 1000. The Blue Oval move is significant ...

The Australian Supercars Championship race car is almost as loud as Fallon's screaming.

Don’t Spill Your Drink in These 2 Audi Models, or You’ll Get Stuck In ‘Limp Home Mode’