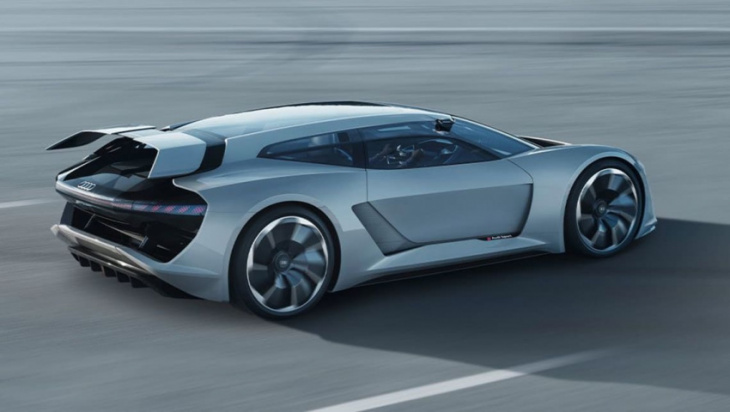 The Audi R8 is on its last legs, but the next in its lineage will be all-electric and all-powerful

The Audi R8’s life support hasn’t been pulled just yet, but Audi is already well underway with developing the all-electric successor expected to take the mantle as the brand’s halo.

According to UK outlet Autocar, insiders have confirmed the Audi R8’s electric car replacement isn’t officially signed off yet, but work on the halo model is advanced enough that we shouldn’t expect Audi’s next halo car to resemble the R8, lest share its name. Expect the PB18 concept, from the 2018 Pebble Beach Concours, to be a design influence.

It will, however, be the most powerful model in Audi’s range when it’s revealed around the middle of this decade. This means it will at least need to top the 440kW/830Nm outputs of the current Audi e-Tron GT RS.

Before then, expect a final edition Audi R8 to be revealed, perhaps even late this year.

For Australia, whether another R8 will arrive locally is up in the air as the Hungarian facility where the R8 is built is no longer producing V10 engines to an Australian specification – i.e, down on power and without a petrol particulate filter.

Also reported by Autocar, and as rumoured as early as 2019, is that the platform for this new Audi electric supercar may be one shared and co-developed with Porsche. It’s also possible a smaller car, in the lineage of the Audi TT, may share a platform with an entry-level Porsche electric car to follow on from the Boxster and Cayman.

Insiders report the platform being developed would stack batteries behind the driver in a manner that replicates a mid-engined weight distribution, convenient for Audi if it uses a similar platform for its next supercar.

Don’t expect it to be a case of badge engineering though, as Audi Sport boss Sebastian Grams told Autocar Audi’s utilisation of sister brand technology doesn’t result in amalgamation.

“We have brands around the Volkswagen Group which can be synergised. Despite being on the same platform, E-tron GT is very unique from Taycan,” said Gram.

“We want to make the car different, like we do in the combustion-engined world. Our customers want to differentiate from other models – in design, bodywork, chassis and performance.”

Keyword: Audi is working on the electric supercar that will take the reins from the R8: Report

McLaren Artura supercar marks new chapter in tech and performance… and we promise it’s quite a green car Singapore – On the eve of a Formula 1 weekend, and in a room filled with McLarens of past and present, including a Mercedes-Benz SLR McLaren cousin, McLaren Singapore launches the ...


View more: McLaren Artura supercar marks new chapter in tech and performance… and we promise it’s quite a green car

With up to 265 miles of range and simple, classy styling, the Audi Q4 E-Tron is a great first-time EV for Q5 owners.