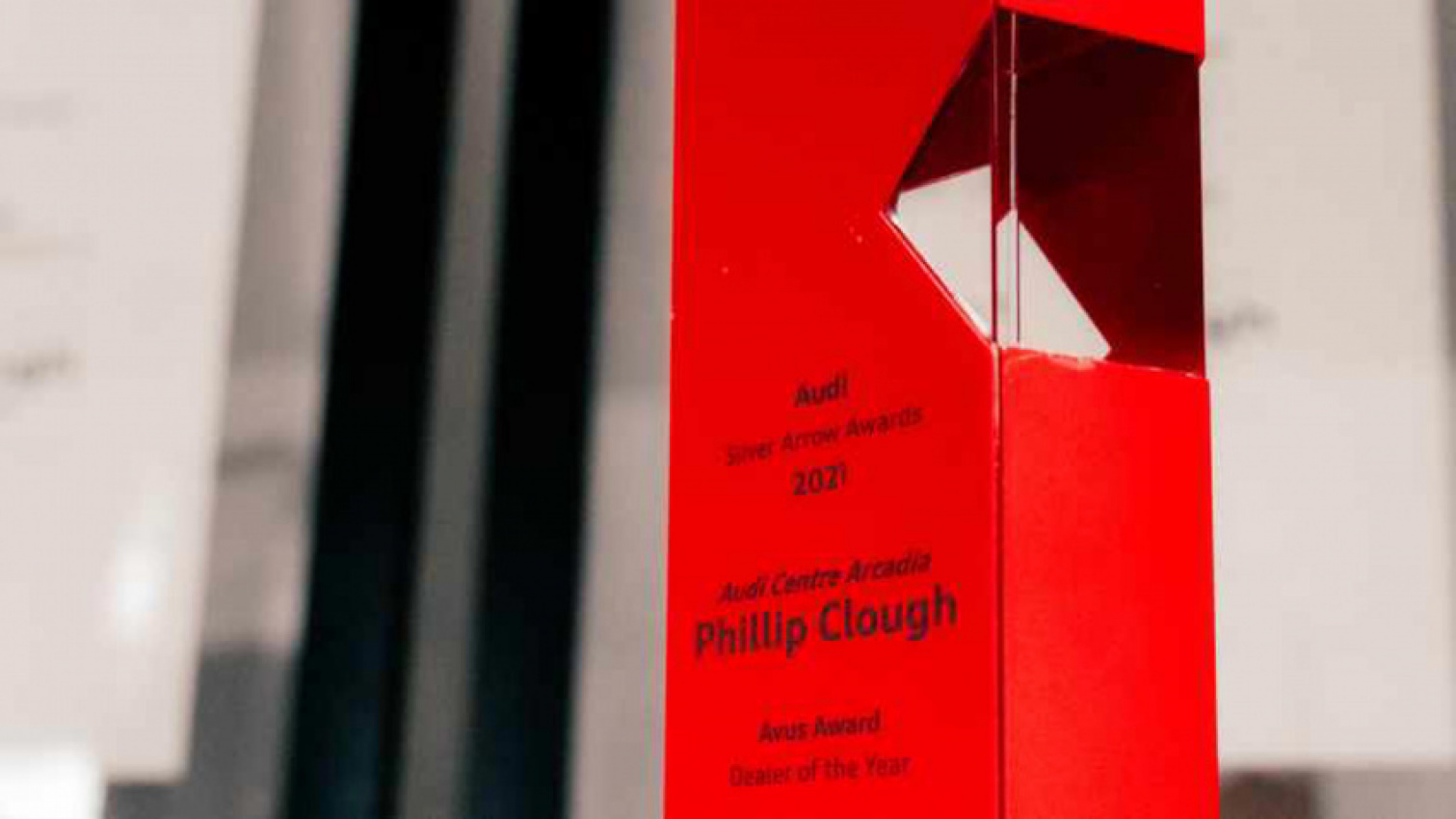 To win a prestigious award four times in a row is certainly a remarkable achievement and one that can surely only result from a solid and repeatable recipe for success.

For Audi Centre Arcadia, success appears to be second nature as the dealership has been named ‘Audi Dealer of the Year’ for the fourth year in a row, at the recent Silver Arrow Awards ceremony.

According to Audi, the awards are named after the legendary “Silver Arrow” racing vehicles that dominated the circuit racing scene in the 1930s, and today this label represents the progressive performance within the Audi dealer network. 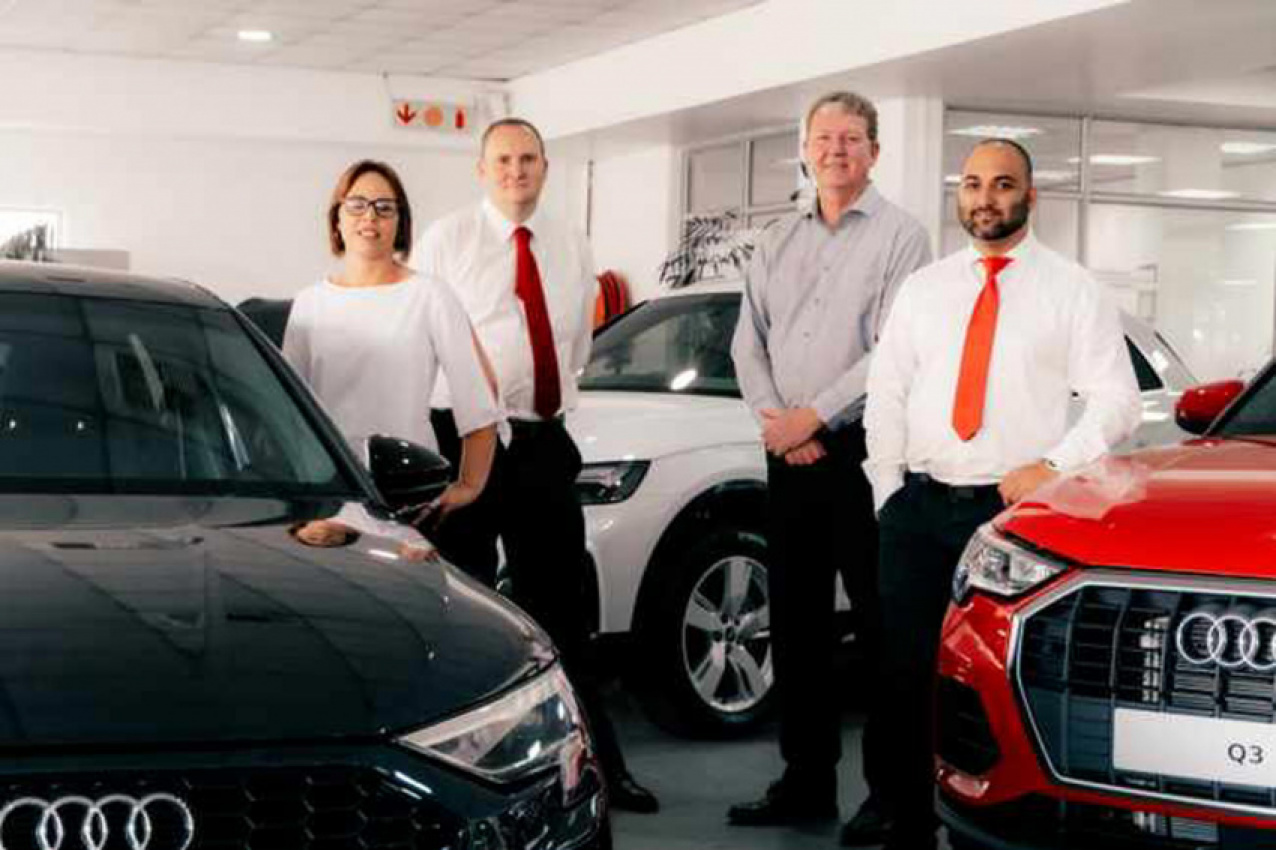 But what is Audi Centre Arcadia’s Silver Arrow secret? To get a better insight into the achievement we spoke with Dealer Principal Phillip Clough, who is also the Divisional Executive at Bidvest McCarthy Audi.

“Winning a dealer of the year competition is a lot like running the comrades,” Phillip says. “You can’t pull away from the start and sprint the first 10 kilometres, because you’re not going to make finish line.”

Successful runners set themselves a time for every kilometre, he explains, in order to achieve the desired finish time. For Audi Centre Arcadia, this means tracking performance on a monthly basis and when the desired results are not being achieved, the team comes together to work out what’s going wrong and how to up their game. 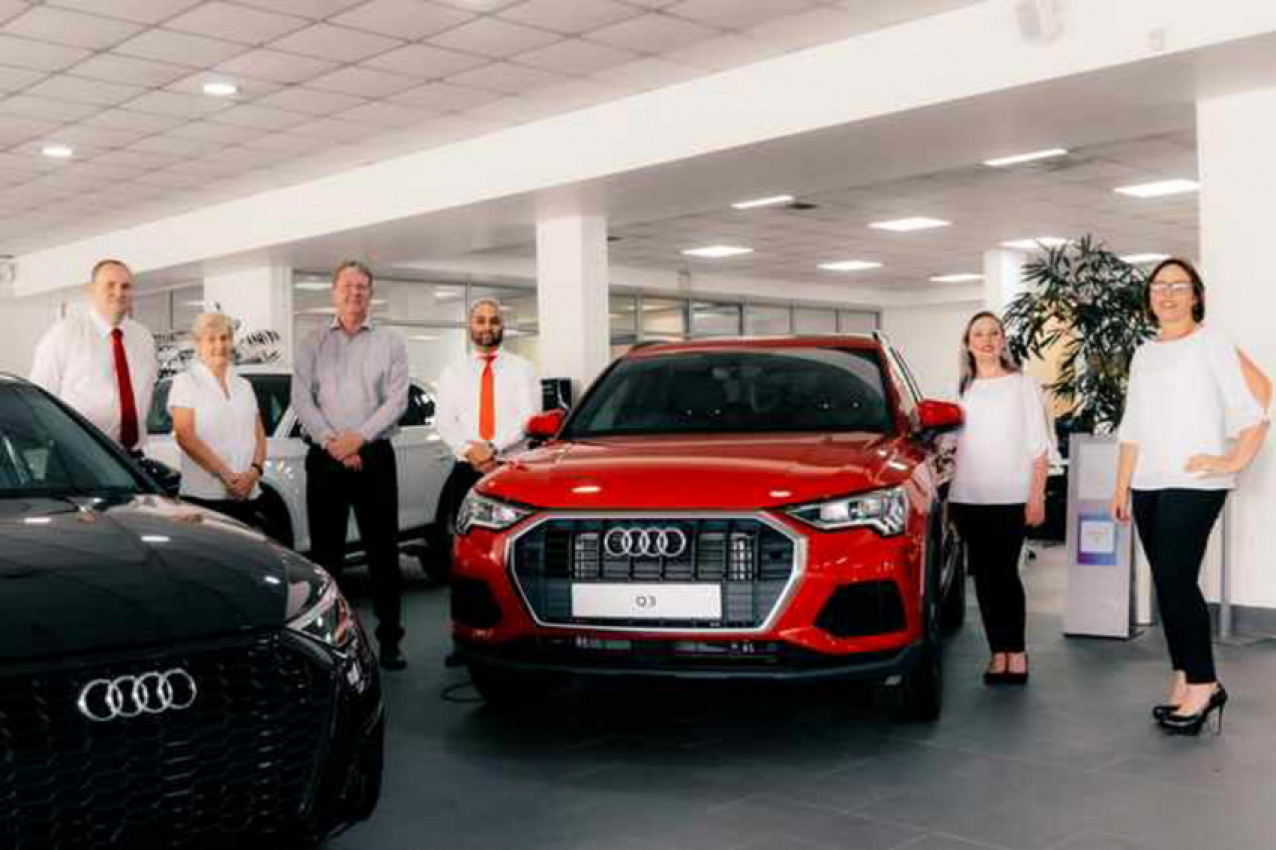 But how does he encourage his team to succeed at their individual tasks?

Phillip believes the secret to success lies in encouraging staff members to always achieve their personal best. And for that reason, the dealership has its own ‘Personal Best Awards’.

This happens on both a monthly basis, with those who beat their previous monthly PBs versus the preceding 12-month period, receiving a personalised trophy with their name on it. In the monthly gatherings, staff are awarded a plaque for their trophy as well as a generous shopping voucher.

The idea here is that you compete against yourself, and nobody else, Phillip says. And of course, different people are at different levels, so a newbie that’s coming in is going to struggle to catch up to a successful person who has been around for a long time, but if they can just beat themselves and build on that every month then they’re going to eventually get to that level where the top performers are. 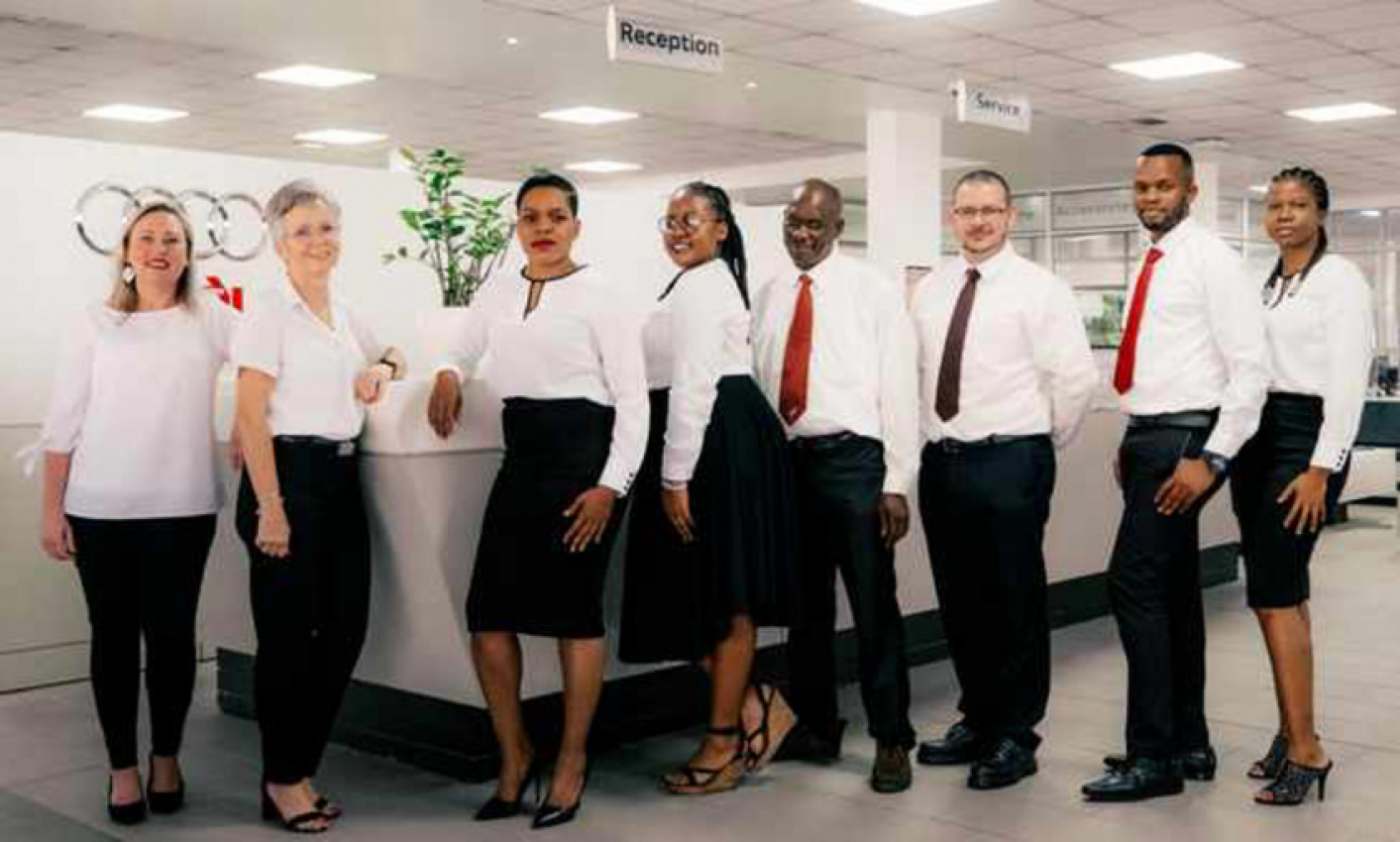 Phillip says he got the inspiration for his Personal Best awards while watching athletics on TV, and seeing the PB board flashing for athletes who had achieved a personal best, even if they only came fourth or fifth in the race.

“Usain Bolt could have won the 100 metres, easily, but that guy who achieved his PB is just as good as Usain Bolt,” Phillip enthuses. “Now if you think back to when Usain Bolt was younger, he wasn’t the world’s fastest man when he started his career as a 100-metre athlete. But he had to keep on beating his best, didn’t he? Until he started beating the world record.

“So it’s this process of building, and that’s what we do here.”

Audi Centre Arcadia’s staff have certainly been raking in the silverware at the dealer awards. Sales manager Paul Spruyt, for instance, won the New Vehicle sales category while Gwen Pienaar was named Parts & Accessories Manager of the year and Kristof Seeger came second in the Pre-Owned Sales Manager category.

“I always say to my people, if you fail, I fail. If you’re successful I’m successful. So I’m going to make you successful by working with you,” Phillip says.

As Phillip quite rightly points out, employees are an organisation’s biggest asset and one that is not reflected on the balance sheet.

Being successful also entails overcoming numerous challenges, and there has been no shortage of these in the past two years, such as the economic downturn associated with the Covid-19 pandemic as well as the various component shortages that have plagued the motor industry. The recent Russia-Ukraine conflict will certainly be a further obstacle.

“So we identify the problem, understand the problem and we look for the solutions because you have to,” Phillip says. “Otherwise you’re just a sitting duck. And you’re going to get taken out.”

It’s clear that things are changing at a rapid rate, but what does the future hold for motor dealerships? Phillip believes that despite the technological changes that are taking place – with Covid-19 having led to a surge in people making online purchases – it’s unlikely that we’ll ever end up in a situation where physical dealerships are not required. He says that although it’s important to have a strong digital presence, as initial enquiries now tend to be made that way, it’s the human factor that prevails in the end.

“As humans, I think we always want that human interaction, and a car is a major purchase, so if you’ve got a strong relationship with a customer they are going to walk a path with you because we’re social beings, aren’t we?”

He explains that if you can maintain those relationships it doesn’t matter what electronic platforms there are, it’s always going to come down to that human interaction. And because a car is a major purchase, people want the reassurance of knowing that they have a good contact at the dealership, should something go wrong further down the line.

“So I believe that although there’s going to be slight changes in terms of the initial enquiry and contact, it’s always going to default back to the human factor, and that’s obviously where dealerships physically come in,” Phillip says.

Head of Audi South Africa Sascha Sauer said it was inspiring to see dealers face the modern challenges and still come out on top.

“Performance is what drives Audi forward. Last year presented the perfect field to test our collective performance, yet even at a time where our dealer network had been challenged to a great extent, there are those who have shown the passion to perform and rise to the occasion,” Sascha said.

“It is inspiring to see the continued commitment across Audi’s dealer network to maintain exceptional performance against our awards criteria, while supporting the Audi brand and business strategy.”

The Competition Plus package included a suspension that can be as much as 0.78 inches lower than other a standard RS model.

An additional 6,300 square meters of space for exclusive series production

We might not see the camouflage come off for a while.

It's the end of the road for Audi's V10 supercar.

Is wet weather set to disrupt the Japanese GP weekend? Honda logo to return to Red Bull and AlphaTauri F1 cars Saudi Arabia’s minister of sports Prince Abdulaziz Bin Turki Al-Faisal states that he is working with Formula 1 to assert the safety of next year’s grand prix in ...